Chelsea Fans, which do you prefer among these options? See the result of an anonymous poll

By Footballanalyst (self meida writer) | 16 days

Although this is possible, it's not an easy feat to reach. So in a telegram group with more than 100k followers, a poll was conducted by the admin as to which of the following two options the Chelsea fans want. Below are the two options:

1. To win the PREMIER LEAGUE and the SUPER CUP next season

2. To win the CLUB WORLD CUP and retain the Champions League

As a Chelsea fan myself, I would have opted for number two because the club world cup and the champions league are two of the most prestigious trophy the club will participate in next season. But like they say, opinions are like noses. Maybe you have your preference. I would also be glad if the club can win all the 6 trophies available next season. 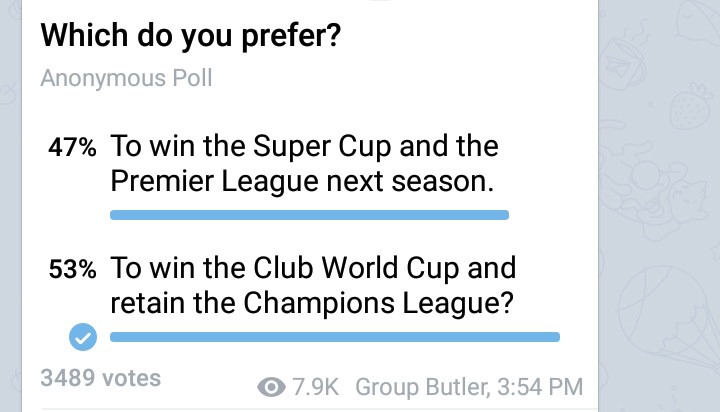 So who armed the armed robbers with such sophisticated weapons?

Mark It: You Will Never Have Our Votes Again - Haruna Iddrisu boldly speaks out