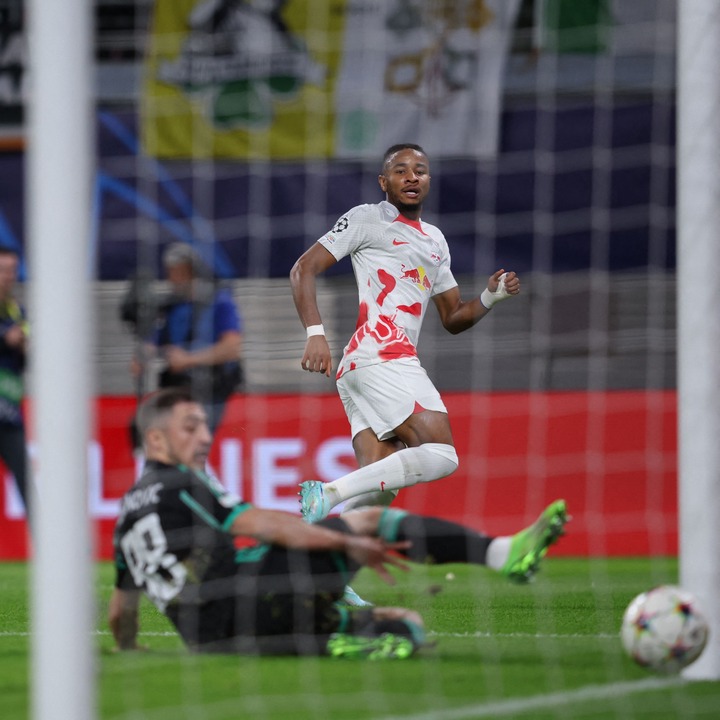 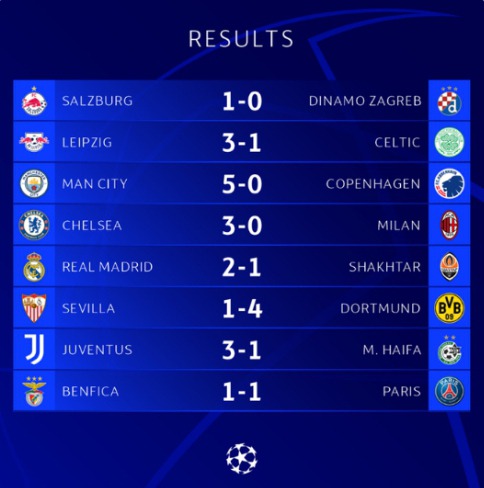 At Stamford Bridge - Chelsea emerged victorious for the first time in the competition this season - bundled up three goals past AC Milan courtesies of Wesley Fofana, Pierre-Emerick Aubameyang and Reece James. 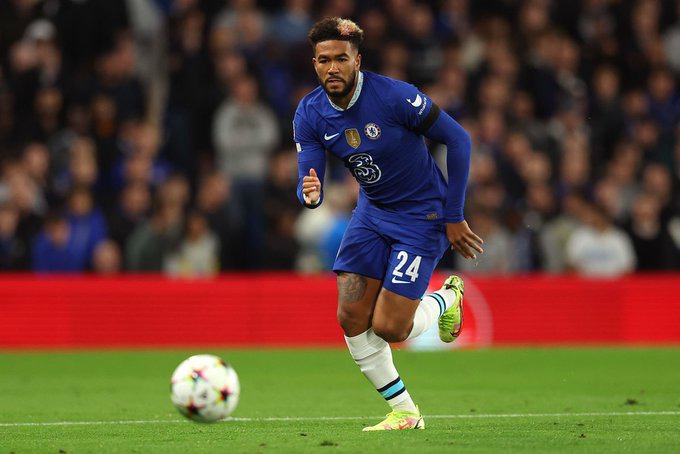 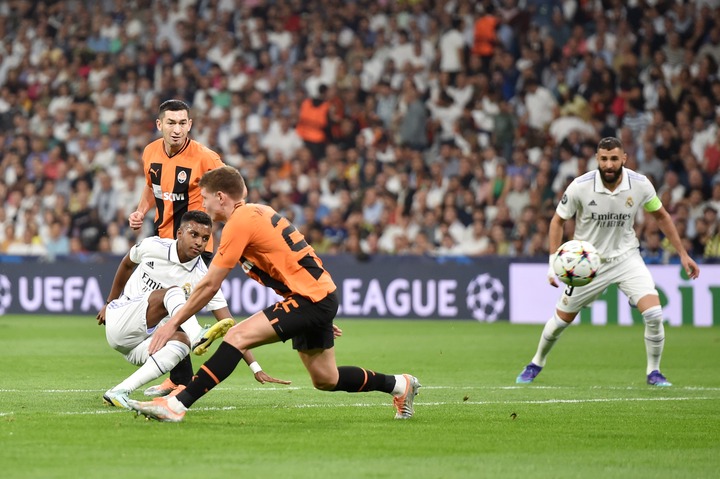 Real Madrid goes unbeaten from home [Santiago Bernabeu] against Shakhtar Donetsk, who were very reluctant but Rodrygo and Vinicius Junior's goals were enough to deny the Ukrainians a draw.

Same as Manchester City at Etihad - who laid five goals past Dane side FC Copenhagen. Erling Haaland - on deck with a brace, Riyad Mahrez and Julian Alvarez's alongside an own goal. 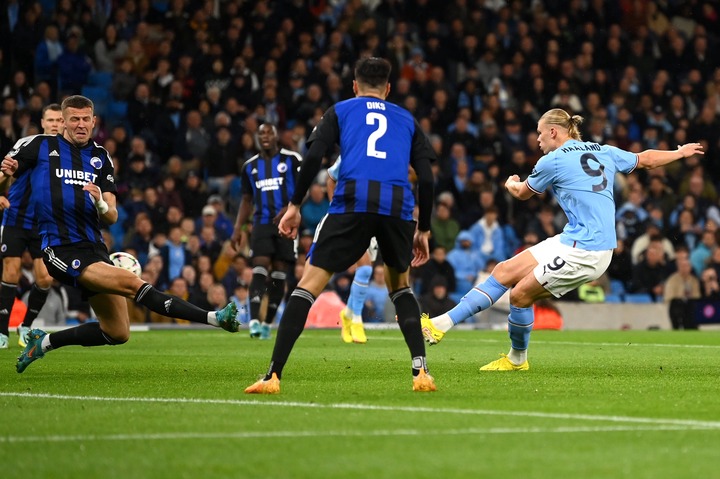 Borussia Dortmund kept the pressure on Sevilla until they had four goals against one through the assistance of Raphael Guerreiro, Jude Bellingham, Karim Adeyemi and Julian Brandt to become one of Group G's favourites.

Massive performances from Juventus's duo - Adrien Rabiot and Dusan Vlahovic - who came up with three goals to edge Maccabi Haifa at Allianz Stadium, while conceding one.

And finally, a tricky draw at Estadio do Sport Lisboa e Benfica - as Lionel Messi's efforts for Paris Saint-Germain got cancelled by teammate Danilo Pereira - who scored an own goal.

Below are the latest updates on UEFA Champions League Group Stage Standing after round 3 of Wednesday's results. 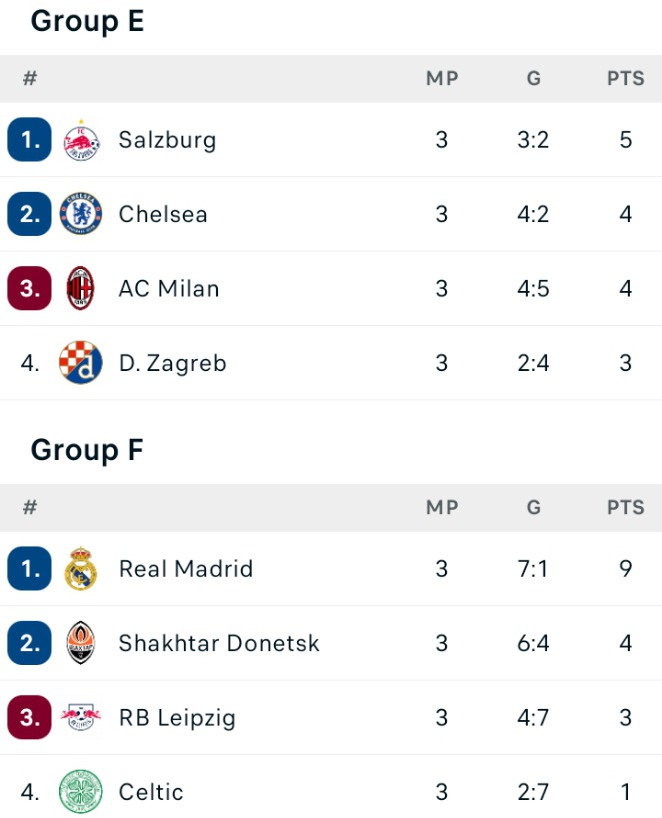 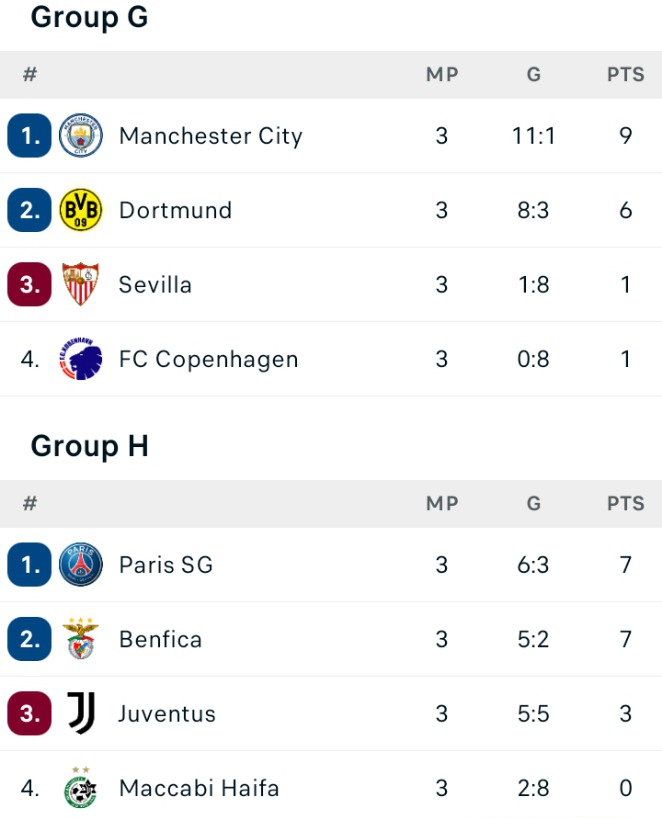 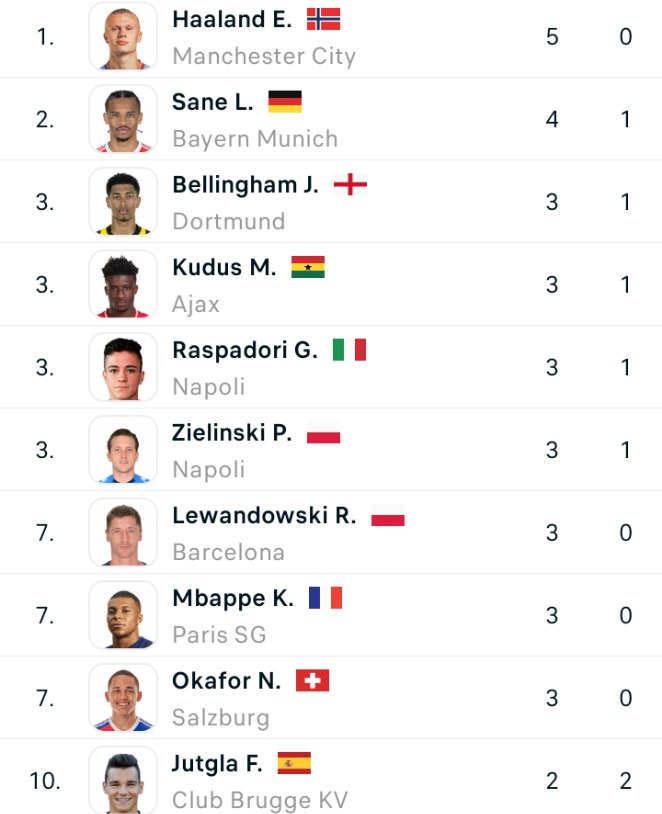