By Gabbie_Gh (self meida writer) | 8 days 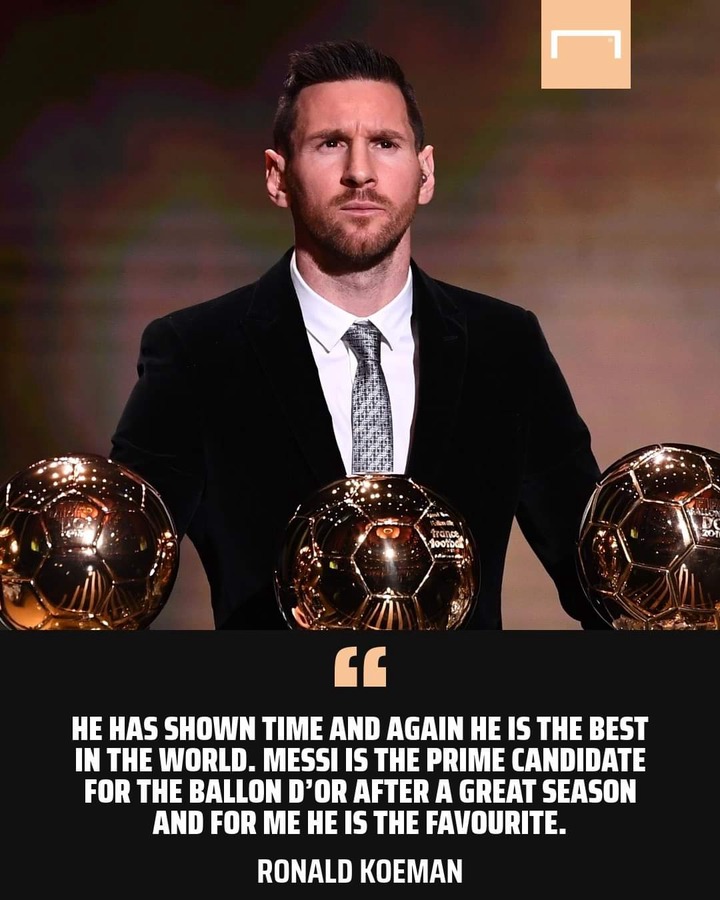 In this modern times of advanced soccer, Messi has proved beyond all doubts, that he is one of the best in the world of soccer. With the likes of Ronaldo, Neymar, Mpabbe, Kanye and others.

But not the best, as Barcelona's coach, Ronald Koeman would put it, "He has shown time and again, He is the best in the world. Messi is the prime candidate for the Ballon D'or after a great season and for me he is the favourite." he said.

Let's quickly, see what football fans are saying about Messi's current position. These reactions are from Goal.com latest post on their Facebook page:

Dennis Seda: "That's why this people cancelled last year's Ballon D'or just because Messi had nothing to show until he got something called Copa America. Now they are praising him as if it was a world cup. Other players won Euro on the other hand but no is talking about them. I stopped being a fan of this thing in 2010 when they robbed Wesley Sneijder off his right. This year belongs to Lewandowski.

Dan K Mak: " Ronald Koeman just bootlicking so that Messi signs a contract and saves his job at Barcelona.