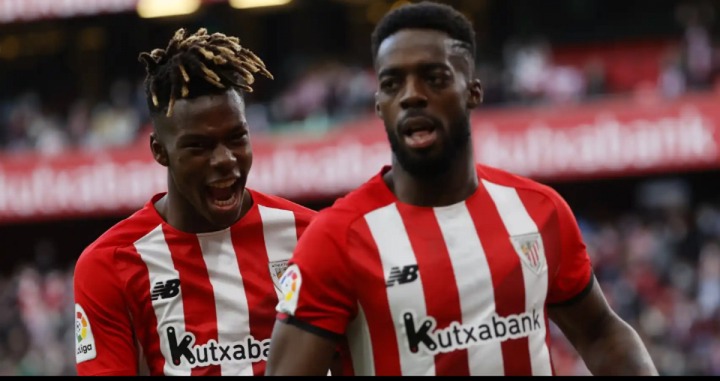 The Spanish-born Ghanaian has sparked outrage on social media after liking a tweet about the West African country's 2022 FIFA World Cup draw.

Inaki Williams, a prolific scorer for Athletic Bilbao, has hinted at a possible switch of allegiance with his brother Nico Williams to represent Ghana at the 2022 FIFA World Cup, which would be held in November and December.

In an interview, Inaki Williams said that the Ghana Football Association (GFA) approached him about switching nationalities to play for the four-time Africa Cup of Nations champions, but he believed it would be disrespectful to Ghanaians who were born there.

Williams, who was born in Spain to Ghanaian parents, has long been a target for West Africans looking to attract him away from Spain.

Ghana's efforts have been in vain over the years, with the forward rejecting every offer from the Football Association.

The 27-year-old centre-choice forward's to represent Ghana with his younger brother, Nico Williams, was influenced by Ghana's qualification for the 2022 FIFA World Cup.

Despite playing 30 minutes for Spain in an international friendly against Bosnia and Herzegovina in 2016, he is eligible to play for Ghana at the senior level.

Nico Williams, his younger brother and a winger, has three goals and an assist in 34 games for Athletic Bilbao since his promotion to the senior team in 2021.

After being spurned by England coach Gareth Southgate since 2019, Chelsea FC star Callum Hudson-Odoi is said to have agreed to swap allegiances and play for the Black Stars at the World Cup.

Full-back for Brighton & Hove Albion Another Ghanaian-born footballer, Tariq Lamptey, has been contacted about changing his nationality from England to Ghana. 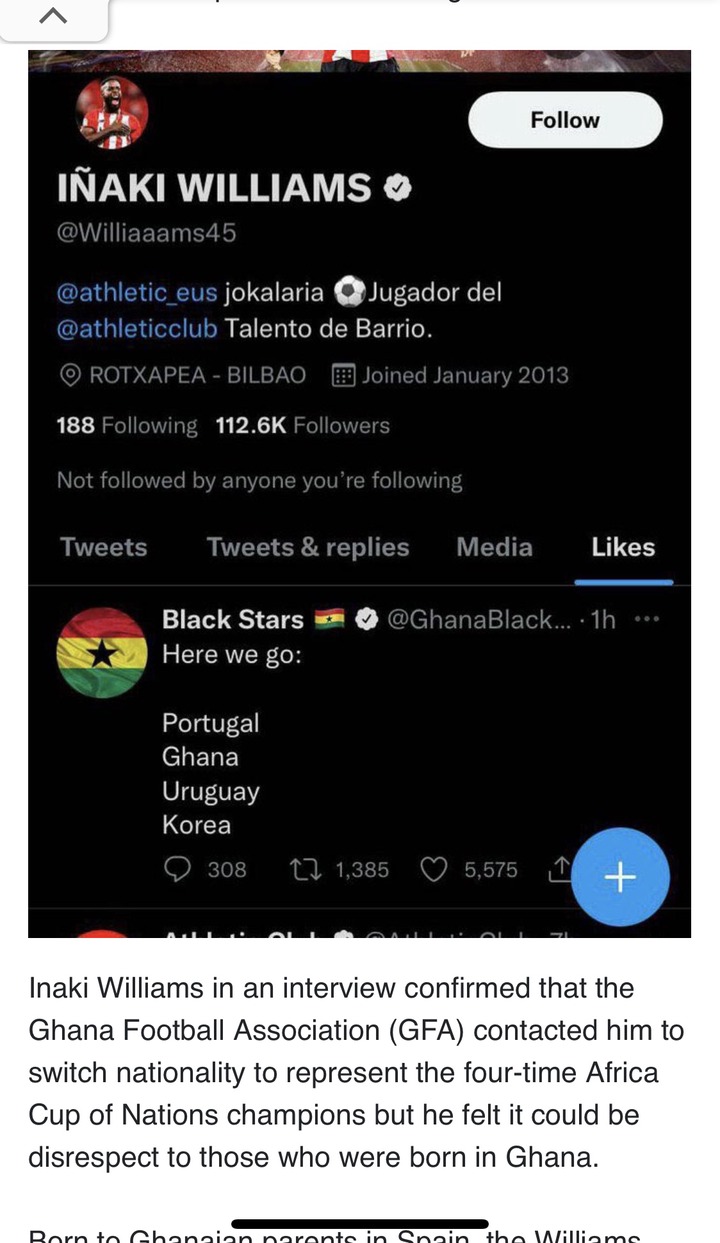