UCL Final: Your Final Predictions And where To Watch The Game In Ghana 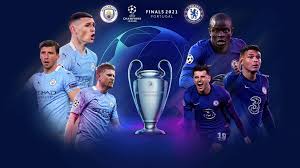 Another Champions league final is here between Manchester City and Chelsea and people are very happy to watch the two great football clubs showcase their best players into action exactly at 7mp today.

A lot of Chelsea fans in Ghana have stated that they're going to win the final match hands down but Statistics so far revealed that Manchester City is far ahead to lift the trophy if it will determine the game.

Recent meetings between Man City and Chelsea have a great record to show ahead of the game.

These two bigger team eliminated the expected teams in final. Man City beat PSG 4-1 and Chelsea beat Real Madrid 3-1 to qualify to the finals stage of the UCL.

Probable line up for Man City below.

Probable line up for Chelsea below.

Where to watch the match.

Well, there are a lot of places to watch the UCL final between Chelsea and Man City. You can watch the match on your mobile device even if you're busy at work. You can watch the final match on 2C TV, Live Football App, BT Sports, DStv and other TV channels across the globe and Opera news app will also give you live update till 90 minutes.

What is your Predictions for today's game?

A lot of people are predicting the big game ahead and Kevin Taylor has asked Ghanaians about their predictions and this is how they have reacted.

"GOAL! Manchester City 7-1 Chelsea. Timo Werner scores a consolation goal for Chelsea, but there's a VAR check in place. Looks like he scored from an offside position. Just testing the mic for Peter Drury" someone said.

See people's predictions below and tell us yours.