The 5 times ballon dor winner rejoined Manchester United this summer after his former club Juventus according to multiple sources stated that they had to sell him in order to be able to balance their books.

When he became available in the summer a lot of European top clubs battled for his signature. Manchester City at that time become the likely destination until Manchester United came into the scene and of course he favored a move to the Red side of Manchester.

Follwing his arrival he has been the club's top scorer which was expected by many football fans. Despite his impeccable form, the team was struggling to find results especially in the premier league. This caused the departure of their Manager Ole Gunna Solskjaer. Now let's face reality since 2018 - 2019 season his pressures per 90minutes have only gone down. This season he has average 6.45 pressures per game which do no fit the requirements of being a forward in Ralf Rangnick's team

Looking at his days at RB Leipzig, his two center forward Timo Werner and Yussuf Poulsen averaged 13.13 and 26.11 pressures per 90 minutes respectively. 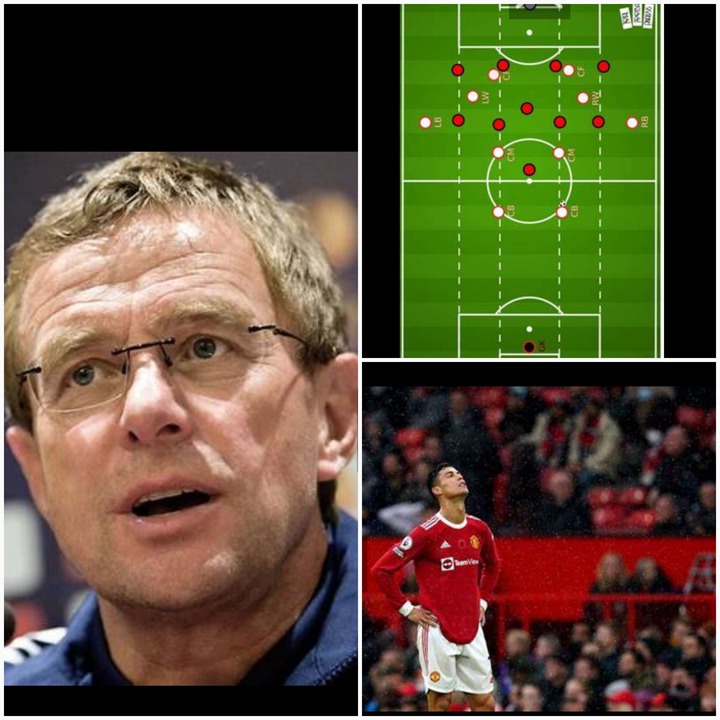 At age 37, will Ralf Rangnick still build a team arround Ronaldo? This will mean more work for everyone else since he won't be able to press. Now Ronalo will have to accept less playing time in order to be able to finish his contract at the club or will have to look elsewhere for better conditions.

Your comments are welcomed in the comments section

We appreciate your efforts.

A big thank yoh from our hard working team.