Andre Dede Ayew who plays for championship side Swansea City and captains the Ghana National team has been on a pretty fine form this season. He began his career in Ghana, playing for Nania FC, while debuting for the club at age 14. The 31 year old has also have a spell at top notch teams such as West Ham United, Fernabarche, Marseille, Lorient, Arles- Avignon just to mention a few.He is the second-born son of three-time African Footballer of the year and FIFA 100 member Abedi Ayew “Pele” and has two brothers, Ibrahim and Jordan Ayew, who are professional footballers. In 2011 Ayew was named the BBC African player of the year and Ghanaian.

Ayew scored the winner against Stoke City in midweek before bagging a brace in the victory over Middlesborough at the Liberty Park on Saturday.He added in an interview after the match that gave the Swans a massive win that “Being the penalty taker is not always rosy, but it’s something I must do for the team, I’m not going to give away any secrets on my penalties, but all I want to see is the ball hit the net”. 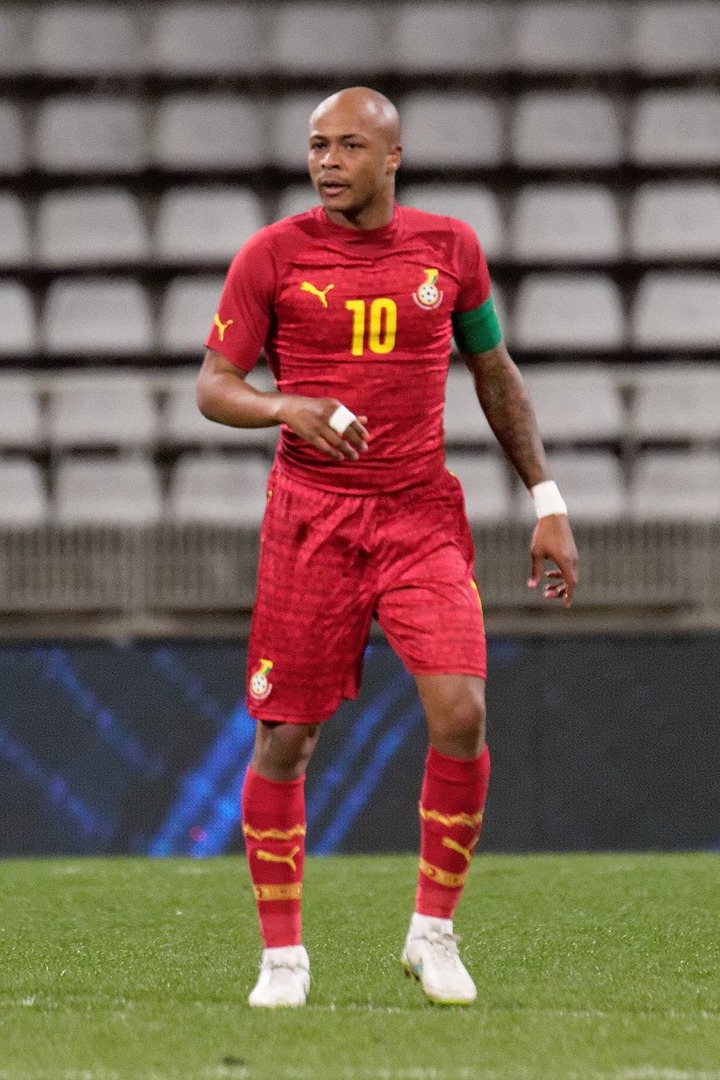 Having made 59 appearances for his current club Swansea City for two seasons in the English premier League that is 2015/16 and 2016/17 season, he managed to score 18 goals both seasons . He also made 18 appearances for English side West Ham United in 2017/18 season scoring thrice for the Hammers. He dedicated the goal he scored on Saturday to the fans he stated “The wins this week – it’s all for the fans. We know they are watching from home and can’t be at the stadium, but we know they are smiling after these games,” said Ayew.

Ayew has made 90 appearances for the Ghana National team since 2008. At youth level, he starred for and captained the under 20 team that won both the 2009 African Youth Championship and the 2009 FIFA U20 World-cup. He has played in two FIFA WORLD CUPS that’s the (2010 and 2014) , as well as six Africa Cup of Nations (2008,2010,2012,2015,2017 and 2017), helping them finish runner-up in 2010 and 2015, and was the top goal scorer at the latter tournament.Swansea city take on Blackburn Rovers on Tuesday and Luton Town on Saturday as the fixtures keep on coming and Ayew has been a talisman for Swansea for the past two seasons. 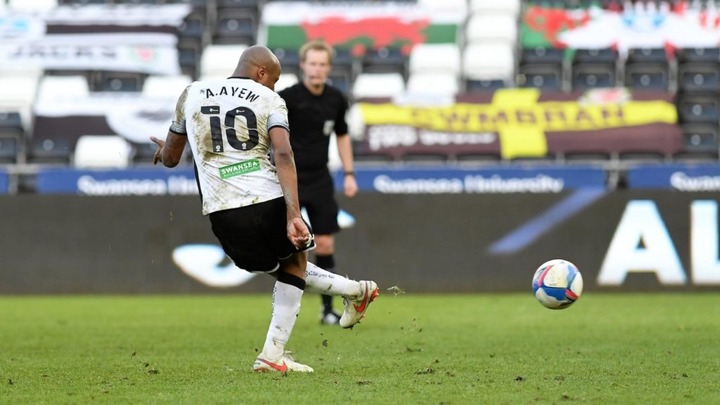