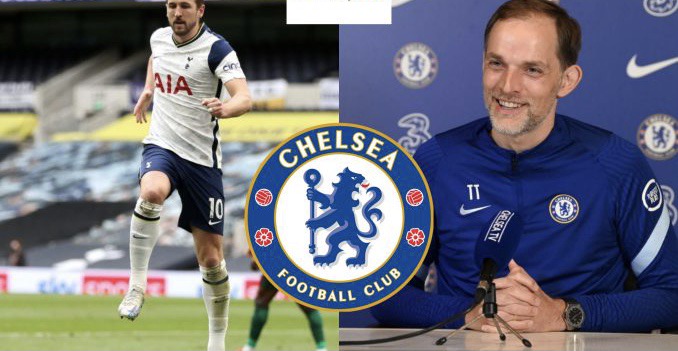 Chelsea could complete a mega deal to land prolific Tottenham forward man after he indicated interest for exit.

Kane is no more comfortable in Spurs squad and favors leaving that remaining with the side that he has scored 220 goals in 334 appearance’s for.

The striker of lately reportedly reminded the ranks at the club of his intentions to leave the club this summer.

In response the club has revealed to interested parties of their price tag which is said to be around £150m.

Chelsea have also on their own end been in contact with the star man’s representatives in attempt to materialize a move.

Blues are keen to land another striker after seeing Timo Werner struggle to convert attempts.

Olivier Giroud on his own part will be leaving soon while Tammy Abraham’s future is in major doubt after being snubbed by Thomas Tuchel.

Chelsea failed to materialize a win against Leicester City on Saturday as they lost out on their second FA Cup finals back to back.