By Christopher Sededzi Kwame (self media writer) | 7 months ago 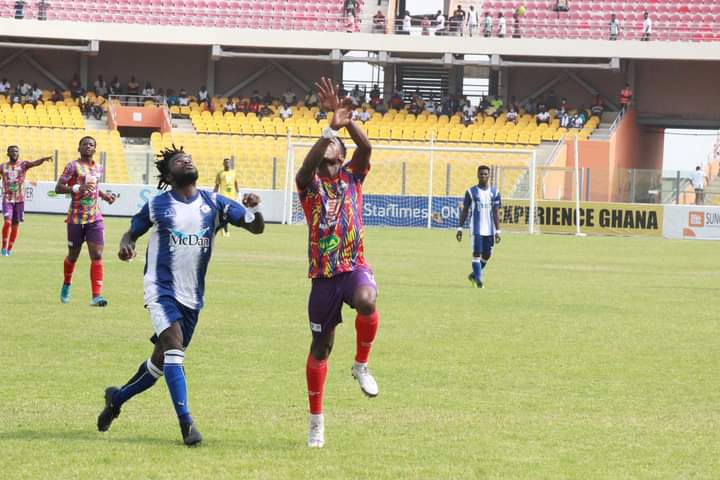 Yusif Razak's 30th minute goal was enough for the "Dade lads" as the Phobians suffered their fourth defeat of the season.

The painful 0-1 defeat handed to Accra Hearts of Oak by Accra Olympics becomes the third time Hearts have failed to beat the Olympics.

Hearts of Oak's retaining title dreams are gradually being shattered as they are 13 points behind arch-rivals Asante Kotoko, who are currently leading the table with 34 points after 15 games.

At the Theatre of Dreams in Dawu, Dreams FC were left dreaming when Kelvin Obeng drilled to help Berekum Chelsea overcame the "still believing" lads.

Elsewhere in Bibiani, Gold Stars won a close game at home against Aduana Stars at Dun's Park, their sixth win of the season.was enough to give them their 6th win, pushing them to 12th place in the league log.

On Monday, the final match of day 16 came off at the Nduom Sports Complex in Elmina. League leaders Asante Kotoko have had their 9-game unbeaten streak halted by Elmina Sharks. In the 34th minute, Augustine Agyapong scored the game's first goal through a brilliant team effort, but it was cancelled out by Adu Kwah's header before the halftime break. In 90+6 minutes, Etouga failed to tie the game after Sharks came back to increase their lead on a retake spot kick by Ibrahim.