By RichmondAchinakey (self media writer) | 2 months ago

Today, on the 4th of July, 2022, Paulo Dybala has become a free agent due to the returning of Romelu Lukaku to Inter Milan. Paulo Dybala is an Argentine professional footballer, who plays as a forwarder for the Argentina national team. Paul Dybala was born on the 15th of November, 1993. In 2015, Dybala signed for Juventus and won five league titles and four Coppas Italia. 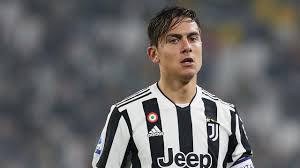 Content created and supplied by: RichmondAchinakey (via Opera News )