Burna Boy Calls These English Players MVPs After They Lost To Italy; Was He Making Mockery Of Them?

Football over the years has been one of the most interesting games in the world and several people are extremely attached to it, including musicians in Africa and the world at large. 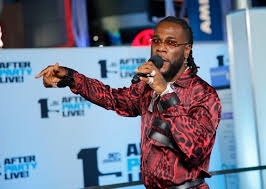 Award winning Nigerian musician popularly known as Burna Boy has also shown to be a fan of soccer or football. The BET award winner took to his Twitter page to either congratulate or mock some English National team players after the had lost to Italy in the Euro 2020 finals.

In his twit, the Nigerian artiste called these players MVPs. 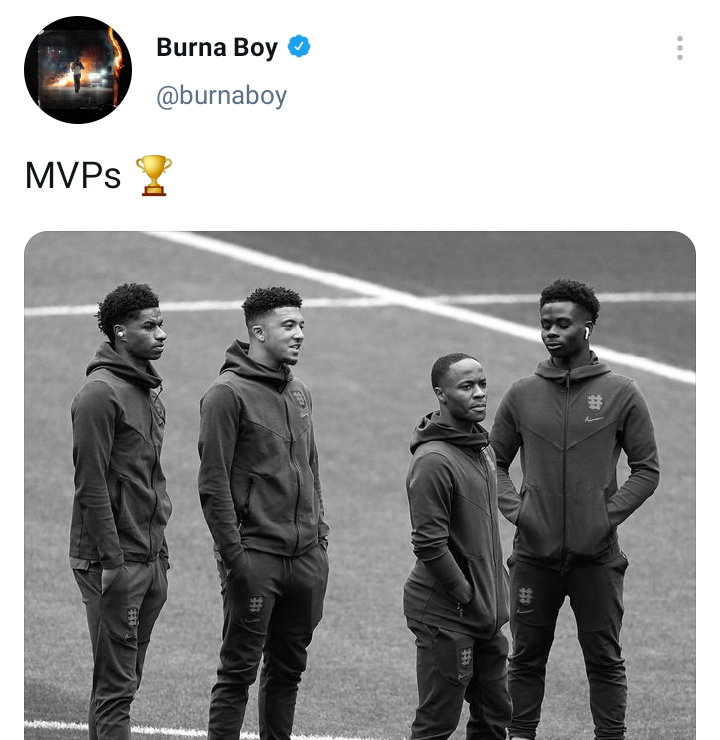 These players were together in a picture with sad faces. But before Burna Boy's post three of these players had lost their penalty kicks in the final and that led to the lost of the Euro:s trophy.

MVPs is an abbreviation for Most valuable player. And mostly it is an award that is given to players with best performances but from all indications these players were not the best players in that game, so calling them MVPs is weird.

Maybe Burna Boy only wanted to make mockery of them or wanted to congratulate them despite their inability to score from the spot kick.

Hidden Benefits Of ‘Abedru’ And Why You Should Consume It Often

Breaking News; Shatta Wale Remanded In The Police Custody For A Week

Video Of How Shatta Wale, Two Others Appeared Before Court Surfaces On Social Media