By Khondenz (self media writer) | 2 months ago

The Black Stars, who needed to win against Ethiopian team failed to grab all three points versus the Walias in South Africa yesterday.

An expertly converted free-kick from Dede Ayew gave the Black Stars the lead in the 22nd minute. From that moment on, it was expected that the Black Stars will go on to build on the goal. 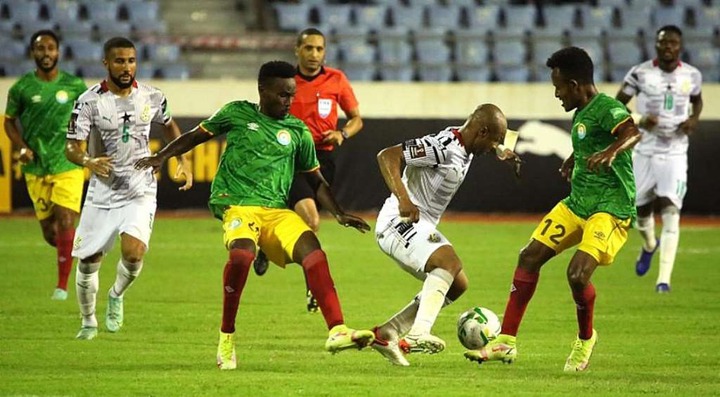 However things happened differently and the Black Stars struggled to get a grip on the game. That was partly facilitated by Ghana’s consistent mistakes in midfield and defense.

Besides Ghana’s inability to exert their control on the game, here are five other things we learnt.

Milo has a lot of work to do

The Black Stars started the game with lots of intent. Set up in a 4-2-3-1 with Mohammed Kudus and Baba Iddrisu as holding midfielders and Dede Ayew in the number 10 role, the Black Stars looked to start on the front foot.

The opening minutes saw Ghana create, yet waste very good goal scoring opportunities. The team’s approach and forward play was not entirely a problem on the night. It was the defensive phase of the game which caused Ghana many issues.

The Black Stars defended in a 4-4-2, with Dede Ayew joining Boakye-Yiadom upfront. The Black Stars looked to be proactive in defense, pressing Ethiopia whenever they had possession.

However with a loose press, whenever Ethiopia managed to play through the press, they had acres of space to exploit in front of Ghana’s defense. Baba Iddrisu was left isolated in midfield for large moments of the game, leaving the defense exposed in the process.

Ghana switching to a 4-4-2 shape in defense is a sequence which also played out in the Black Stars’ back to back wins versus Zimbabwe. The team’s defensive structure and shape has been easily-penetrable since Milo’s second coming, and the Serb has to change a lot of the team’s off the ball principles.

The team’s pressing needs major improvements and perhaps Milo might like to rethink the Black Stars’ shape defensively.

Partey is a team glue

Thomas Partey, who missed the game due to a groin injury, was the biggest talking point during build-up to the game.

Scores of fans were worried about the potential absence of the midfielder, but Milo reposed his confidence in the other members of his squad, indicating he was confident they will step up.

Kudus started in Partey’s deep role alongside Iddrisu and the midfielder’s absence was glaring to see. The Black Stars failed at controlling the game and conceded possession to the Ethiopians.

Besides the inability to possess, the link between defense and midfield for Ghana was absent. The Ethiopians, pressing in a 4-1-4-1 cramped up the midfield anytime Ghana was with the ball. They had a man-oriented press when Ghana tried to build-up, and as a result Ghana relied on more long balls during build-up as compared to the games against Zimbabwe.

Kudus far from a finished article

Mohammed Kudus has long been touted as one of Ghana’s most promising players, and rightly so. However if there was anything much more evident, it is the fact that the 23 year old is not yet close to the level anticipated of him.

He started the game brightly, and was Ghana’s biggest spark however he let himself and the team down in crucial moments of the game.

His positive was the willingness to press and ability to win balls for the team up front, but with knowledge of playing deeper than usual, there were too many moments were he dilly-dallied with the ball, lost it and put the team under unnecessary pressure.

Higher up the pitch, his decision making was far from the best. He held on to the ball for too long and tended to slow down counterattacking opportunities.

His talent is there for all to see but there is more the midfielder needs to work on, before transforming himself into that clutch player for the national team.

Versus Ethiopia, the midfield ultimately let the defense down but the center back partnership of Joseph Aidoo and Daniel Amartey did not help themselves either.

Amartey had his own heart-wrenching moments in the first half but it was Aidoo’s blunder which eventually cost the team three points on the afternoon.

Perhaps if not for Alexander Djiku’s suspension and Jonathan Mensah’s injury, the duo of Aidoo and Amartey might probably not have started the game.

For the first time since Rajevac’s second stint, the Black Stars players failed to play as a team. The players did not combine on so many occasions with some culpable of holding on to the ball for far too long.

It was only in the first five minutes and scattered moments where the team looked to combine and create chances, but such moments were few and far between.

In the games versus Zimbabwe, there was more combination play especially from midfield and attack, however this was lacking versus Ethiopia.

Kudus, Fatawu Issahaku and some others were victims during the game, which played a part in Ghana failing to take away all three points from the Orlando Stadium.

Despite the draw, the Black Stars still stand a chance at qualification. Ghana hosts South Africa at the Cape Coast stadium on Sunday and a win will see the Black Stars progress to the play-offs of the qualifiers. 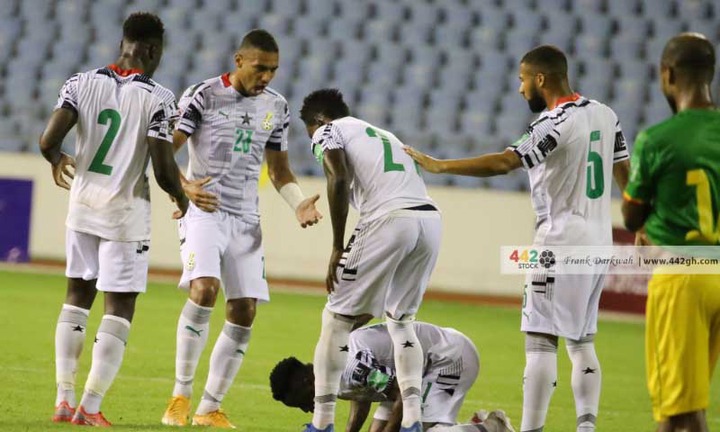 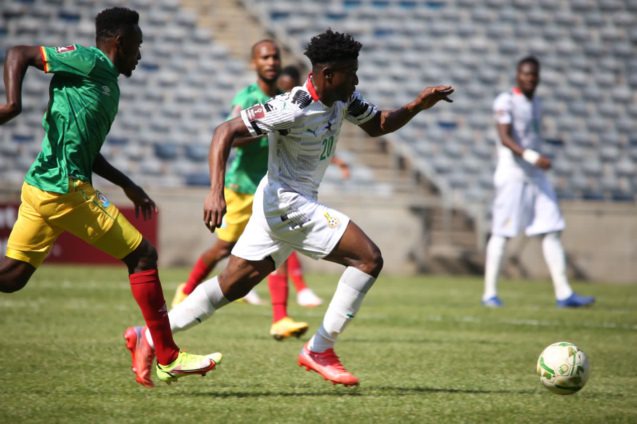 Content created and supplied by: Khondenz (via Opera News )