By KingtsugiNews (self media writer) | 1 month ago 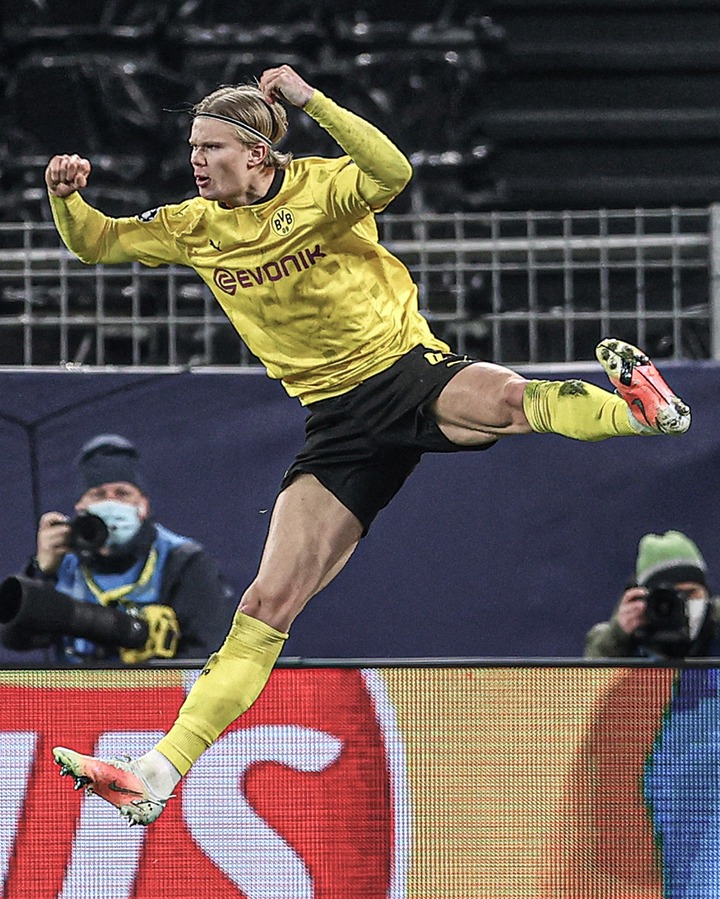 Dortmund's Jude Bellingham was the hero of the show, scoring the first goal and then setting up Haaland to make it 2-0 before halftime.

After 20 minutes in Istanbul, Bellingham chested down Thomas Meunier's ball and rifled it between goalkeeper Ersin Destanoglu's knees to score it 1-0.

The 18-year-old midfielder controlled the first half and was instrumental in Germany's second goal, racing down the left flank to the byline and cutting the ball back for Haaland to tap in.

In injury time, Francisco Montero headed in Miralem Pjanic's free-kick to set up a tense finale, but Dortmund held on to win the Group C match.

Haaland's goal extended his nearly unbeatable Champions League record: it was his 21st goal in only his 17th appearance in the league.

You may compare his record to two modern-day greats, Lionel Messi and Cristiano Ronaldo, to highlight his quick start in Europe's top club tournament.

Messi has six goals for Barcelona after 17 games in the Champions League, while Ronaldo, the competition's all-time leading scorer with 135, was yet to score for Manchester United.

Haaland, who is 21 years old, is the youngest player to score 21 goals in the Champions League, and he has done it in ten games fewer than any other player, with Ruud van Nistelrooy coming in second with 27 games.

Despite Dortmund being knocked out in the quarter-finals by Manchester United, the Norwegian was the competition's top scorer in 2020/21, with 10 goals. He isn't only having a good season in the Champions League: he has 66 goals in as many appearances for Dortmund in all competitions.

Haaland's night might have gone even better if he had made full use of his opportunities against Besiktas.

In the first half, the kid missed an empty goal from close range before scoring, and in the second half, Destanoglu stopped an attempt.

On Dortmund's first night in the Champions League, Haaland was not the only player to make history.

Bellingham also became the competition's youngest player to score in successive games.Bellingham, an 18-year-old England international, has had a spectacular ascent recently, and the manner of his breakthrough was highlighted by the fact that he beat Kylian Mbappe's record.

Halaand’s scary numbers in the champions League is indeed a threat to Ronaldo and Messi’s legacy which are bound to be crashed by him.

Signs That Shows A Shy Girl Is In Love With You

He kills his wife in a cold blood because of 500 Cedis: Sad News From Western Region.