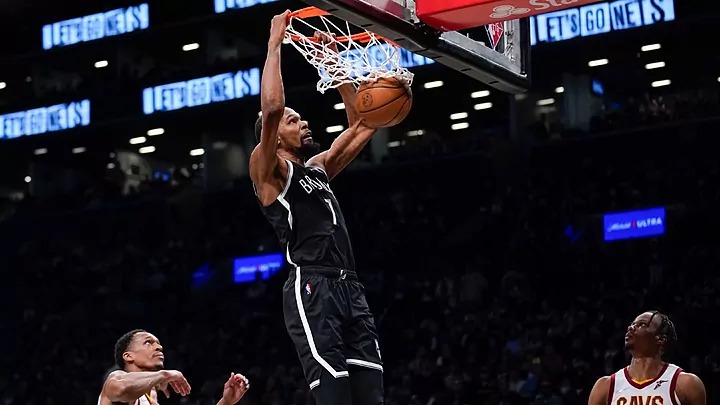 More trustworthy information about Kevin Durant's potential destinations is emerging from team sources among all the speculations. According to ESPN, the Brooklyn Nets began receiving phone calls about obtaining Durant from the majority of the league's clubs.

But there aren't many NBA teams that can genuinely give the Nets what they seek in this mega-deal. Adrian Wojnarowski recently compared Durant's departure to the end of the 1970s when Karrem Abdul Jabaar left the Milwaukee Bucks. Any team that wants KD would have to give it to them in exchange for a young All-Star, at least five different draft picks, and guys who can persuade them to release Durant.

Keep in mind that Kevin's deal still has four years remaining, so the Brooklyn Nets are not have to trade him. Durant will probably go this summer, but they also don't want to maintain a player who isn't happy with the team. The Nets will have a very difficult time placing him, though.

Anthony Davis, a youthful All-Star who meets Brooklyn's requirements, is now playing for the Lakers. Additionally, they can add Russell Westbrook to sweeten the deal and at least two additional players or choices. Paul George becoming a solid choice for the Nets gives the Los Angeles Clippers options as well. Just think of what Kawhi Leonard and KD could accomplish when playing together.

When it comes to Kavin Durant, the fact that no team views him as a legend is the proverbial "elephant in the room" that needs addressing. Although the Golden State Warriors won those two titles, Stephen Curry will always be seen as being superior by the fans. In Brooklyn, he left everyone wanting more because he couldn't make it in Oklahoma.

If he doesn't move to a place where he can at least win two more titles by the time he is 34, he will undoubtedly rank among the most overrated players. Although Kevin Durant is already regarded by many as one of the top players of the past 20 years, his statistics still leave a lot to be desired.