Since his transfer from Chelsea in 2019, which occurred at the appropriate time for both parties, the Belgian's effect has been minimal. 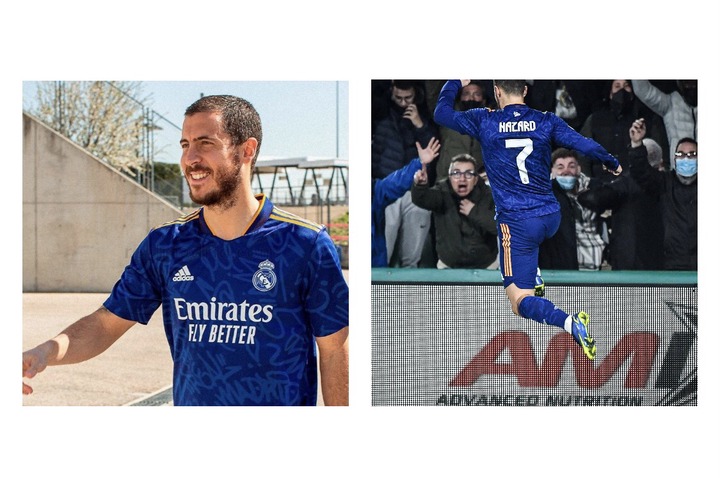 Madrid were willing to overpay for a player with only a year left on his contract because they had fallen far from their perch, trailing Barcelona by 19 points in the 2018-19 season, and needed a Cristiano Ronaldo replacement desperately.

Hazard, who had long dreamed of relocating to Spain, was ready to shine on the largest platform of all, winning the Ballon d'Or, which his immense skill deservedly aspired to.

Hazard, on the other hand, has become a virtual outcast in the Spanish city after two and a half seasons.

At the Martinez Valero, Madrid required extra time to win 2-1 and were given a scare by Elche, whose Gonzalo Verdu gave them the lead in the 103rd minute, just moments after Marcelo was sent out.

Madrid stormed back, with Isco heading in Dani Ceballos' cross before Hazard beat the goalkeeper and scored the game-winning goal in the 115th minute.

Real Madrid advances to the quarter-finals, where they will face Real Sociedad, Mallorca, Rayo Vallecano, Cadiz, Valencia, and Real Betis, among others. Later on Thursday, Barcelona will face Athletic Bilbao.

Hazard has been fit but on the outside of Carlo Ancelotti's lineup all season, starting on the bench even in this cup game.

However, the 31-year-old came on at the start of extra time and will be hoping that his winner is the start of a comeback in the second half of the season.

Because Karim Benzema was rested and Thibaut Courtois was unavailable due to a personal problem, Luka Jovic and Andre Lunin were given rare opportunities up forward and in goal for Real Madrid.

Luka Modric and Casemiro were benched in favor of Fede Valverde and Edouard Camavinga in midfield, though the latter pair were called for late in the second half.

Before the game, a minute of silence was observed in honor of Paco Gento, who died on Tuesday at the age of 88. Between 1956 and 1960, Gento was a key member of Real Madrid's five consecutive European Cup victories.

Elche could have seized the lead early on, but Guido Carillo made a mistake that will go down as one of the season's greatest misses. He looked destined to score from a yard out, but he skewed his finish onto the crossbar because he was off balance.

In the second half, the game became more tense, but neither team was able to create a significant chance.

For extra time, Eden Hazard and Dani Ceballos were added, with the Belgian replacing Rodrygo. After Vinicius Junior capitalized on a bad pass, Casemiro went wide, but Elche broke the deadlock in the 102nd minute.

Guido snatched the ball away from Marcelo and drew a touch from the defender as he squeezed through as Madrid were caught upfield. The red card was thrown into the air as Marcelo was the final guy.

Verdu increased the punishment by slamming the subsequent free-kick into the wall and then slamming the rebound back towards goal.

The ball deflected off Ceballos' foot, catching Lunin off guard and spinning him into the corner.

Madrid appeared to be fatigued, but he kept coming. Modric and Casemiro were speeding the tempo, and it was the latter's pass that set up the equalizer, Ceballos shooting from the pull-back, and this time Isco was in the correct place to divert the ball in.

Even with ten men, the visitors found an extra gear, sniffing a winner, which Hazard delivered.

Hazard was delivered in behind by David Alaba's twisting pass, and he took one touch to round Werner and another to curl a left-footed shot into the net.

When Fidel drove in at the back post at the end, Elche felt they had another, but Verdu was adjudged to have dragged down Nacho Fernandez. For his complaints, Pera Milla was expelled.

Chairman Wontumi Must See This; Another Online Poll Shows A Huge Gap Between Himself And Odeneho

Muntaka Mohammed Drops Secret About Some Members In The Minority Caucus.