Chelsea opened the Premier League season with triumph over Everton as Jorginho's punishment chose a crude challenge at Goodison Park.

Thomas Tuchel presented summer signings Kalidou Koulibaly and Raheem Sterling all along yet it was one of Chelsea's laid out stars who settled issues when Jorginho moved a formed punishment past Jordan Pickford in first-half stoppage time following Abdoulaye Doucoure's foul on Ben Chilwell.

Everton, without a perceived striker following the offer of Richarlison and injury to Dominic Calvert-Lewin, fought gamely however were tragically shy of value and danger in assault.

Director Frank Lampard's objective was not helped by a serious early injury to protector Ben Godfrey, who was taken off on a cot following a test on Kai Havertz, with Yerry Mina one more setback in the last part. 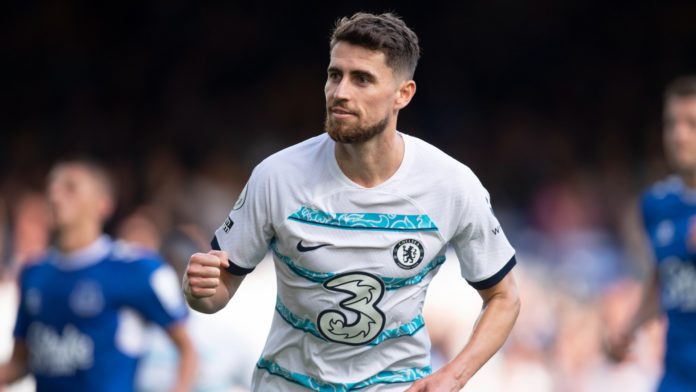 Chelsea made due in relative solace and had the option to give a presentation to new marking Marc Cucurella, the safeguard endorsed from Brighton in an arrangement that could ultimately by worth £62m, as they made it a triumphant beginning.