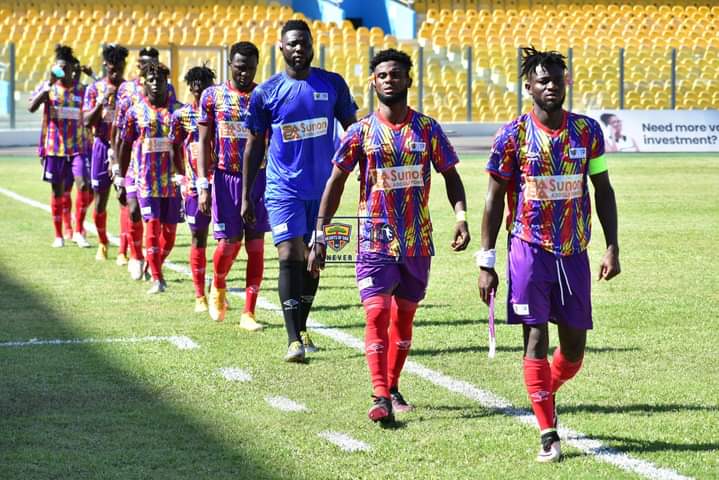 Accra Hearts of Oak could face a tough test in Morocco following a 1 - 0 win over Wydad Athletic Casablanca at the Accra Sports Stadium today. Forward Isaac Mensah scored the only goal for the Ghanaian champions in the first leg encounter.

WAC gave strong indication for glory in the early minutes of the game, hitting the woodwork after a quick attack which resulted in a corner kick. Accra later settled as Fatawu Mohammed put Kofi Kordzi through a long ball but opponent defenders salvaged the situation.Musva made a ran against defender, firing a shot but was taken care by goalkeeper Richard Atta. 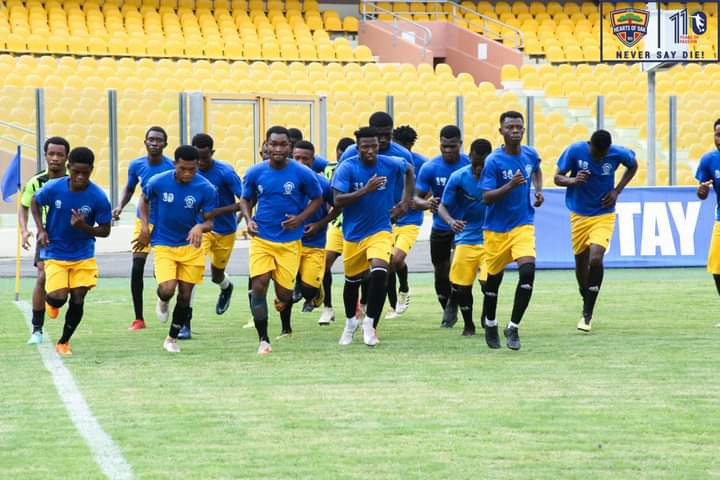 From 10th to 15th minutes, Accra Hearts of Oak had a lion’s share of possession but the final delivery from Frederick Ansah Botchway soared high.

The Moroccan club came in way with touches as they tried to unlock Hearts defense.

Raddy Ovouka exited in the 20th minutes following an injury picked while tackling a ball. William Dankyi took over from the Congolese.

Regardless of attempts at goals made by Accra Hearts of Oak and WAC of Morocco, the scores remained stalemate at the half hour mark, water break followed in two minutes time. 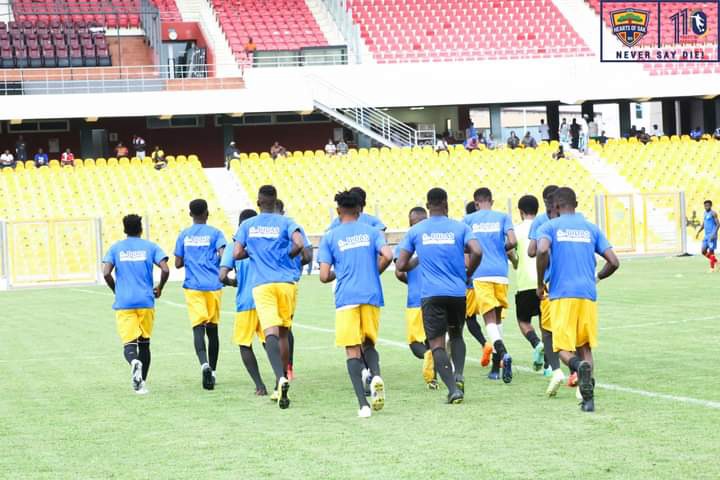 A call for penalty by Accra Hearts of Oak was declined by the referee after goalkeeper Tagnaiji had brought down Daniel Afriyie Barnieh in ball challenge. Accra Hearts of Oak had the lead in 42nd minutes after Isaac Mensah outran his marker to slot home the ball. Home side Accra Hearts of Oak kept probing for the double but WAC will not allow them, ending the game 1 - 0 for the Ghanaian team. The two sides resumed the second half with energy but Accra Hearts of Oak got to dictate the tempo of the game. In 59th minutes Kofi Kodzi after connecting to a long ball unleashed a thunderbolt but goalkeeper Tagnaiji parried it to safety. Six minutes later Kofi Kodzi set up Salifu Ibrahim with glorious chance to add the second but his shot skied off. Salim Adams and Enoch Asubonteng replaced Frederick Ansah Botchway and Isaac Mensah in the 68th minutes. 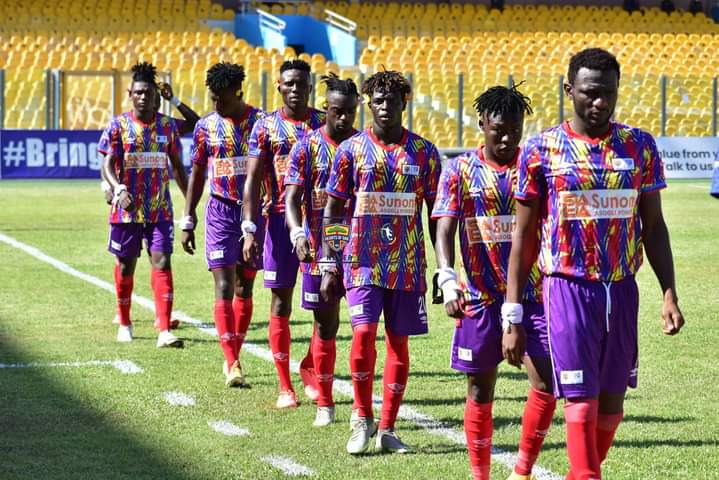 The visitors were on the look for equalizer but their long balls were not potent to go beyond Mohammed Alhassan and Robert Addo Sowah. With 10 minutes to end proceedings, Accra Hearts of Oak swung passes into the opponent’s half but Daniel Afriyie Barnieh was adjudged to have fouled Dari. Salifu Ibrahim and Kofi Kordzi gave way to Victor Aidoo.

WAC almost had the leveler but referee ruled the goal as offside.

Hearts guarded their goal to finish 1 - 0.