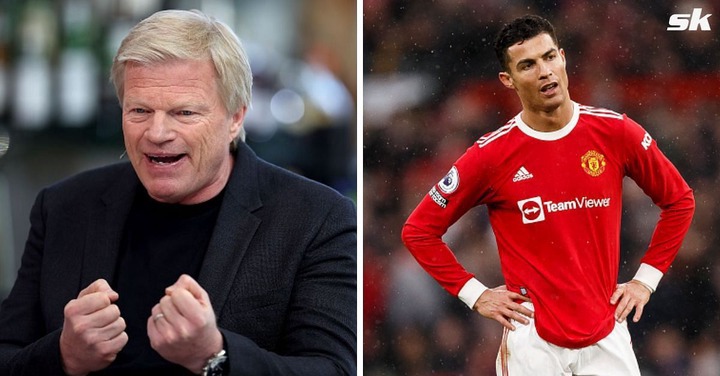 A number of clubs are interested in signing 37-year-old Cristiano Ronaldo from Manchester United. The signing of the Portuguese star is, nevertheless, considered a mistake by some major clubs. Bayern Munich, according to rumours, are the latest team to reject the opportunity to recruit Cristiano Ronaldo, who is expected to depart Manchester United this summer following a successful first season at Old Trafford.

Manchester United had a terrible season last year, being knocked out of all tournaments before the end of the regular season. The English Premier League team also failed to secure a top-four spot and will thus play in the Europa League next season. Despite Cristiano Ronaldo's 17 Premier League goals for the club, the 'Red Devils' ended 6th in the Premier League table, barely below the Gunners.

Bayern Munich's sporting director indicated to the media that the German club will not be signing the Portuguese star because it goes against their principles. A deal for Cristiano Ronaldo "would not fit into our ideology," Oliver Khan told the media

A number of explanations exist for Oliver Khan's statement. However, Cristiano Ronaldo's age was the primary motivator for the Bayern Munich sporting director to make the comment. In the latter stages of his career, the player may not have much to give the squad. With the fluidity of Bayern Munich's style of play, Cristiano Ronaldo might score a lot of goals. There will be no way for him to press his opponents like any other player.

It's not just Cristiano Ronaldo who doesn't want a deal with Bayern Munich for a short period of time. Manchester United offered the Portuguese great a two-year deal with a big wage. By extending their contracts, Bayern Munich prefers to invest the money they have available in their own superstars.

Pray For Me - Gospel Musician Cwesi Oteng Sadly Request As He Announces A Funeral.

You’ve Disappointed Us: ‘Innocent’ Kids Break Down In Uncontrollable Tears Over Sad Death Of Parents

Kroboland Versus ECG: A 10 Minutes Jubilation Turned Into Another Sad Story In The Krobo Area

Tomorrow Football MatchesTo Place On And Be Guarantee A Win

5 Scriptures From The Bible On Finding A Good Wife

Accra Hearts Of Oak Players With Most Tackles Made.