Ajax Determined To Pile More Misery On Liverpool-Ajax Squad To Face The Reds At Anfield.

By AlhassanIbrahim_26 (self media writer) | 2 months ago 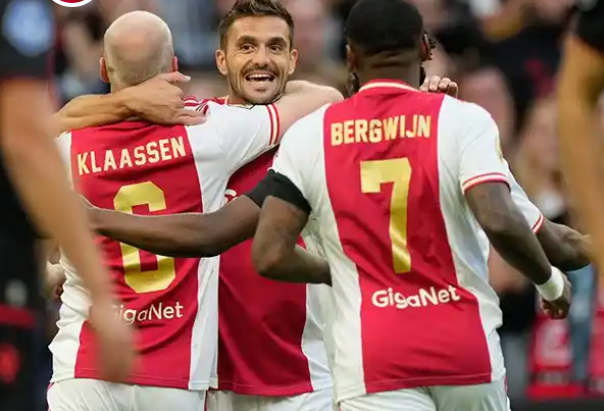 The notion that Rangers has not tasted Champions League football for the past 12 years was seen as a motivating factor that would make them hungrier to want to win at Ajax’s home ground, but that wasn’t the case.

Ajax simply run away with the game as they smashed and grabbed an easy 3 points. The home side was excellent on the day as they scored 4 goals with Rangers not scoring even a consolation goal.

Liverpool’s first Champions League game this season is one Liverpool fans would want to forget as soon as possible. Klopp himself would not like to remember that defeat as he is determined to get back on track in the Champions League as they host the high flying Ajax at home this midweek.

After the 4-1 humiliation away defeat to SSC Napoli the previous week, Klopp accepted that Napoli was the better and hungrier team in the match.

Ajax will travel to Liverpool with 24 players. The Amsterdam team will play the second match of the group stage in the UEFA Champions League against the English club on Tuesday evening. The game at Anfield starts at 21:00 Dutch time.

The Eredivisie champions will travel to Liverpool on Monday. A press conference will follow and then Ajax coach, Alfred Schreuder's team will hold their last training session before the match. The game will be overseen by referee Artur Dias on Tuesday.

Both teams play a counter pressing style, so this match will be a match to keep an eye on. That's all from me for now. Please, like, follow me and comment your thoughts for this game. Thank you.