By atspo.cpm (self media writer) | 4 months ago

It was the first time in GPL's history for Kotoko to record a win at Dormaa. Two goals at both halves ensured Ogum's team carried away the three points. Kotoko took the lead when Cameroon import, Mbella headed a corner converted by Imoro Ibrahim at the 18 minutes into the first half. 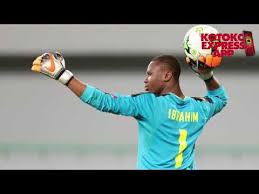 The second goal was scored by inform former WAFA and Interallies playmaker, Richmond Lamptey. He scored from a rebound at the 88 minutes to put the nail in the coffin at Agyemang Badu Park. Kotoko made history for the first time by recording a win and ending the game without conceding a goal.

The goalie for the new year's game hails from Sunyani, the regional capital of Bono and Ahafo. Danlad Ibrahim returned home with the assurance to keep the post. He has been with the club for longer period but have not had the chance to manage the goalpost. He returned from a loan deal to join his colleagues at the beginning of the season. 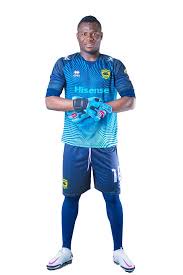 The best goalkeeper at U-20 Afcon in Mauritania 2021 was used as first choice goalie against King Faisal in MTN FA Cup round of 64 clash at Baba Yara Sports Stadium on December, 29, 2021. Baba Yahaya scored against him so most fans were expecting Razak Abalora back to keep the post in the game against Aduana Stars.

Atspo.com can declare that, the idea to maintain Danlad Ibrahim against Ogya labs really helped Dr Ogum record his name into the history book of Asante Kotoko.

Kotoko was in Sunyani on 31, December, 2021 camping secretly for the game in Dormaa. Reports reaching Atspo.com stipulated that the team worked spiritually at Sunyani to ensure Victory at Dormaa by the able assistance of Danlad's father.

Danlad when told he will be in the goalpost whispered into the coach's ear that the team has to pay courtesy call to his father at Sunyani Zongo. 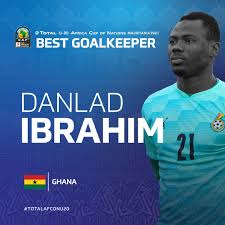 When the team got there, all spiritual duties were revealed to the coach and he acted on the advice given to him by his goalkeeper's dad. The team spent long hours with the father of the goalie since he has guided most teams in the region to spiritually fortified themselves before big games.

Content created and supplied by: atspo.cpm (via Opera News )