Lord Oblitey Commey is 52years old and is an accomplished entrepreneur and an astute politician known for his tactical, operational and organizational acumen. He was National Organizer of the New Patriotic Party (NPP) for eight years and prior to that, he served as the Greater Accra Regional Secretary for the party.

For several years in the early 2000s, Lord Commey served as an executive member of the Board of Accra Hearts of Oak Sporting Club and helped organize [email protected] - the 60th Independence Football match between Accra Hearts of Oak and Kumasi Asante Kotoko Football Club. He was a member of the [email protected] planning committee which was tasked with planning and holding celebratory events to mark 60 years if Ghana's independence during former President Kufuor's tenure. 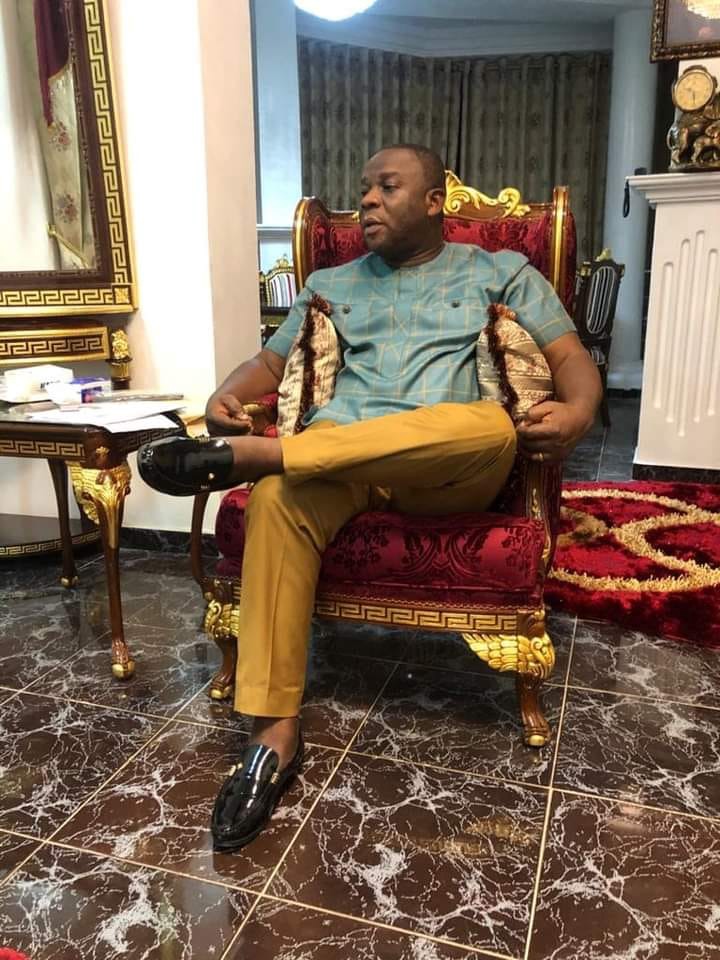 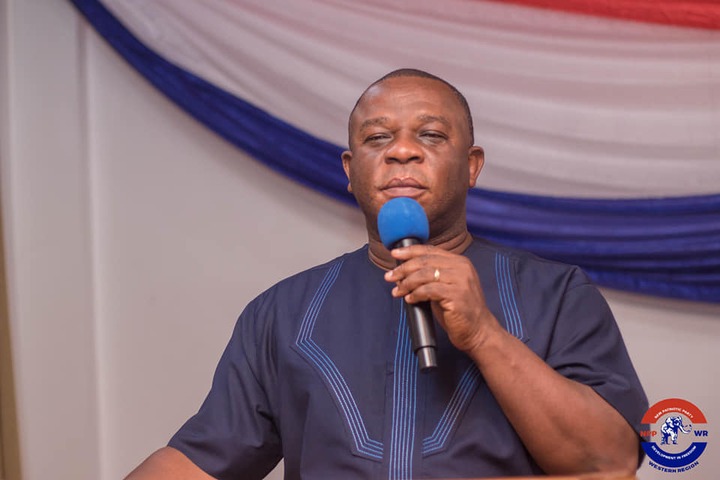 Then in 2012, he was the Director of Operations for the NPP presidential campaign, and, in 2016, he worked in the office of the President-Elect as the officer responsible for Monitoring and Compliance, but officially in January 2017, he was appointed by President Nana Akuffo-Addo as Director of Operations at the presidential palace, with his appointment, hailed by many New Patriotic Party members who believed that due to his constant engagement with the grassroots supporters, he would be a conduit between them and the president.

He has severally denied political rumours that, he is strong willed and unwilling to accept opposing views to his., something he believes that, from his over 25 years in active Ghana politics, he had learnt how to deal with such rumours, which in his views were meant to distract him from the working he had been appointed to do

He is married and has three children. It must be acknowledge that, his wife may well be one of the hottest women in the country. Largely kept from the eyes of Ghanaian public, Mrs. Anita Commey to light, when she celebrated her birthday this year https://www.instagram.com/p/CJonbg1pcoi/?utm_source=ig_embed. She is an entrepreneur and the CEO of Beauty Bowl Salon and Spa in Accra, which attends to high earned cliental base. 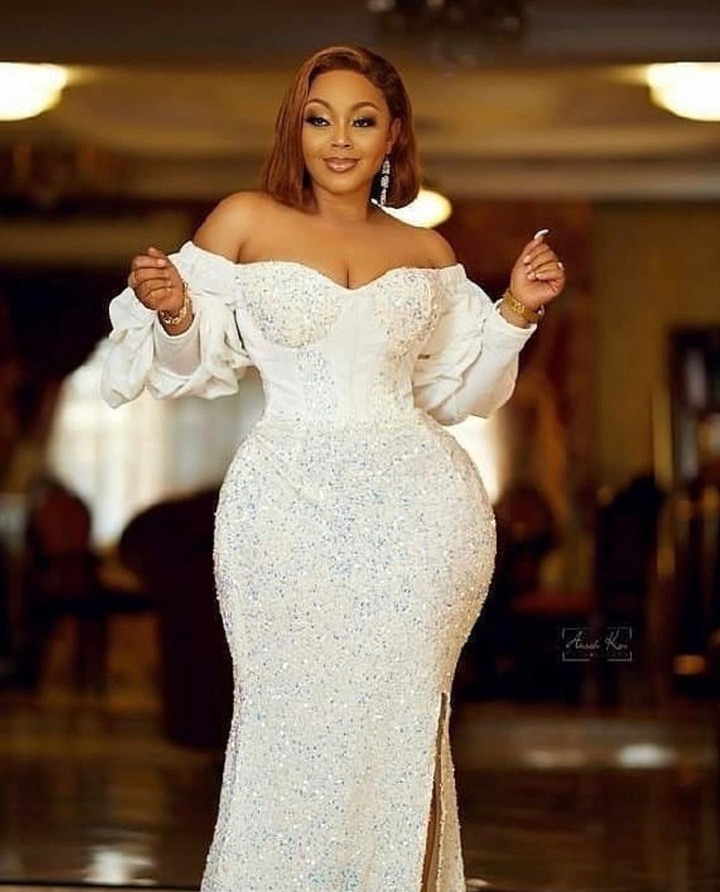 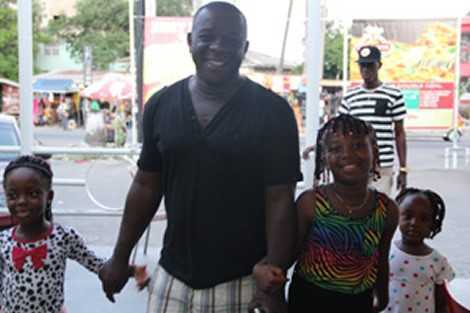 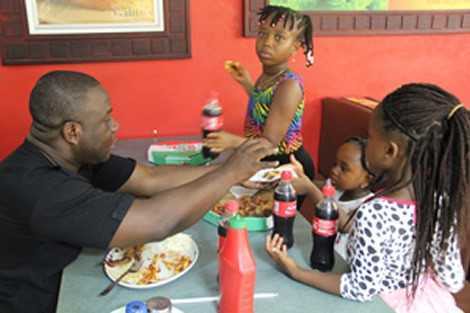 Whereas Lord Commey is known to have attended St. Thomas Aquinas Senior High School, here in Accra, very little i known of where he went for his Degree, but i can affirm that, he has received two (2) honours certificates. first was the the London Graduate School, which had awarded him, the Master Class Certificate (MCC) and the conferment of the Doctor of Public Administration (DPA), by the Commonwealth University in Belize, all few months after his appointment at the Office of the President, as the largely unknown university conferred the Doctor of Public Administration (DPA) on the politician on October 31, 2017. 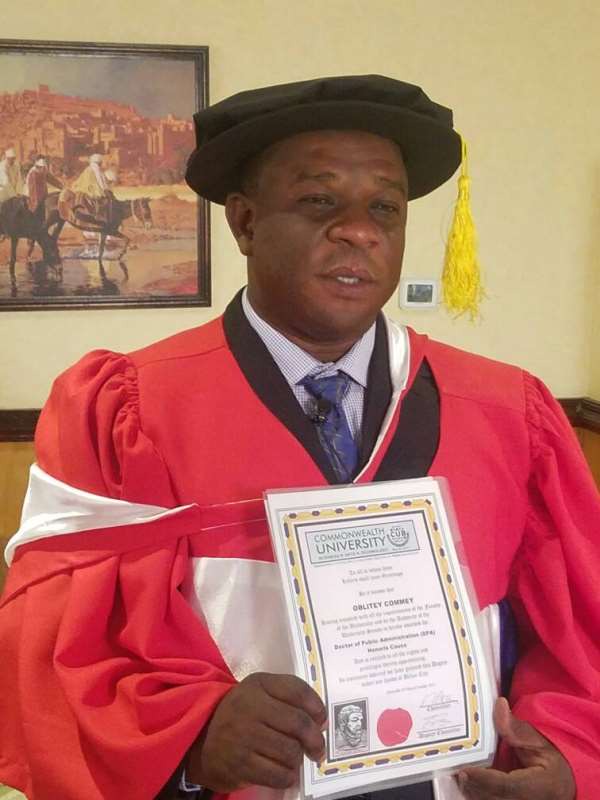 N/R: See What Northern Regional Minister Has Promised Muslims After The Incident Of Wesley Girls SHS

Eii Ghana: How can a citizen do this sketch to Vice President