GPL 2021/2022: Everything Is Working Out For Kotoko, Check Out Hearts Position After Poor Start

During the weekend, every Asante Kotoko fan had the eyes on the club's 4th league game after the club had won its three (3) opening games in the Ghana Premier League (GPL) this season. Asante Kotoko SC delivered as the fans wanted. The Porcupine Warriors won its game against Eleven Wonders at the Baba Yara Sports Stadium; scoring a goal in each of the two halves of the game. Asante Kotoko now has 12 points from 4 games and as such remains at the 1st position on the league table. 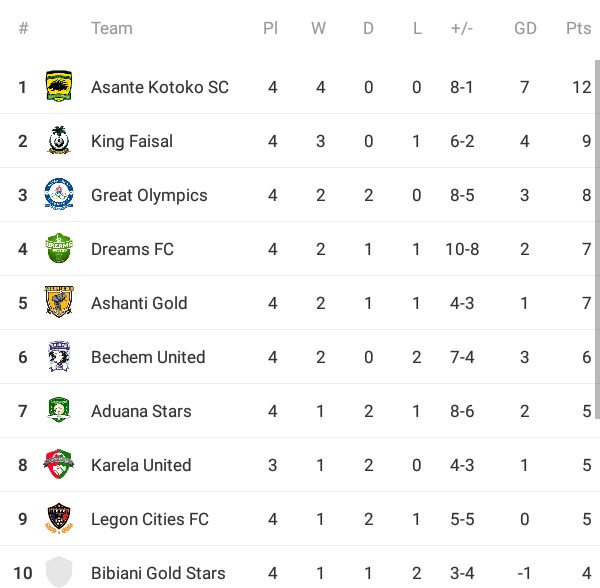 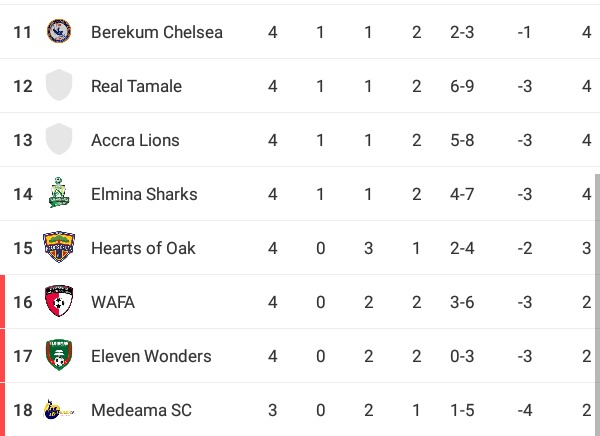 Would The Porcupine Warriors be able to secure this season's league title after losing it to rival club, Accra Hearts of Oak SC last season? Which GPL club do you support? Which club would be able to stop Asante Kotoko this season. Let us know your thoughts by leaving all your comments below.