Will it be Chelsea or Manchester City?

By Gardesey (self media writer) | 7 months ago 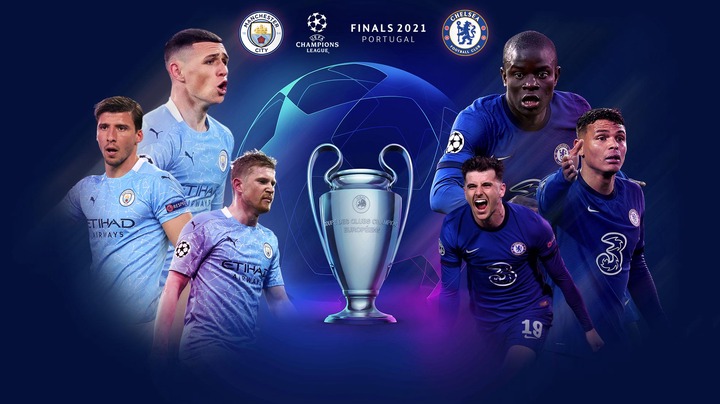 The 2020/2021 season EUFA Champions League final is set to take place at Estadio do Dragao in Porto between two English giants who look to lock horns today for the ultimate prize. Manchester City and Chelsea go head-to-head for the biggest trophy in club football. The last time two English sides met at the UCL final was in 2019 between Tottenham Hotspur and Liverpool. Liverpool lifted the trophy by beating Tottenham Hotspurs two goals to nil. Apparently, this is the biggest game ever between these two sides. It will be the first time they meet in a UCL final and the first time for Manchester City at a UCL final. Chelsea on the other hand has been at the champions league final and won the title in 2012.

Guardiola will seek to guide his side to their first ever UCL trophy whiles Tuchel will attempt to get his hands on the trophy after failing to beat Bayern Munich in the final last year with PSG. Both teams have had a good season with Manchester City being much successful after claiming this seasons English Premier League title. Chelsea were able to make it to the FA Cup final only to be beaten by a lone goal by Leicester City.

Chelsea who have beaten Manchester City two consecutive times this season in the English Premier League and FA Cup will be looking to hold onto this supremacy in the EUFA Champions League as well. Then again, Manchester City is the only team left yet to be beaten in the EUFA Champions League this season. This final will certainly be a goal feast and a final to remember.

Content created and supplied by: Gardesey (via Opera News )