The action in the 13th Gameweek of the English Premier League (EPL) continued with several exciting games. The Manchester United - Chelsea was the game that most fans looked up to. Chelsea fans were hoping that their team would massacre Manchester United who have not been at their best in the EPL in recent times. 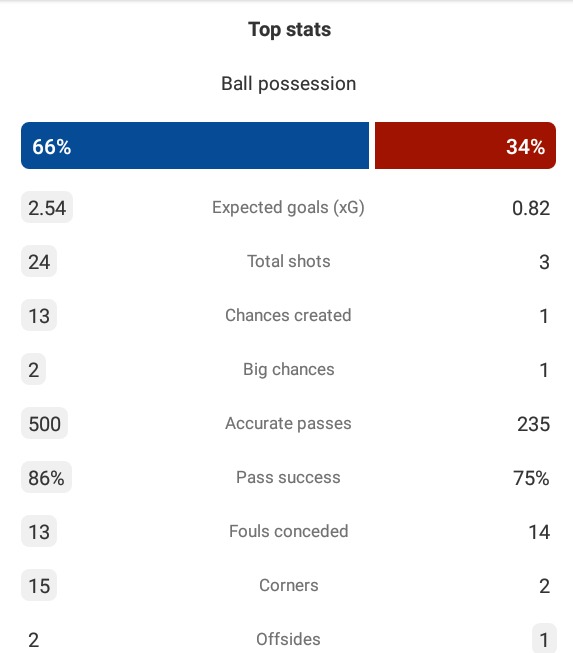 However, Manchester United took the lead in the game courtesy a goal scored by Jadon Sancho in the 50th minute of the game when Jorginho made a terrible mistake at the back. Jorginho redeemed himself by scoring from the penalty spot to put Chelsea on level terms with Manchester United. The target of Chelsea to secure 3 points in the game backfired as the team could only settle for a point. Chelsea's draw today reduced its point gap at the top from 3 points to just a point.

Manchester City reclaimed its 2nd position from Liverpool after its 2:1 win over West Ham United. Brentford secured the 3 points in its game against Everton. Watford failed to put up a sterling performance as they did in their last league game against Manchester United. Leicester City thrashed Watford by 4 goals to 2 to grab the 3 needed points in the game.

Check below for results from today's games: 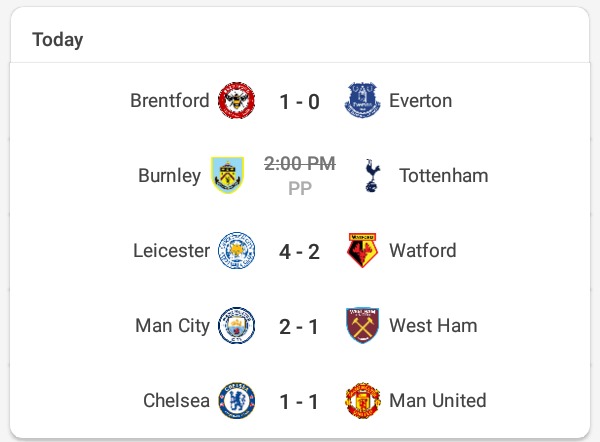 Check below for the standings in the English Premier League (EPL): 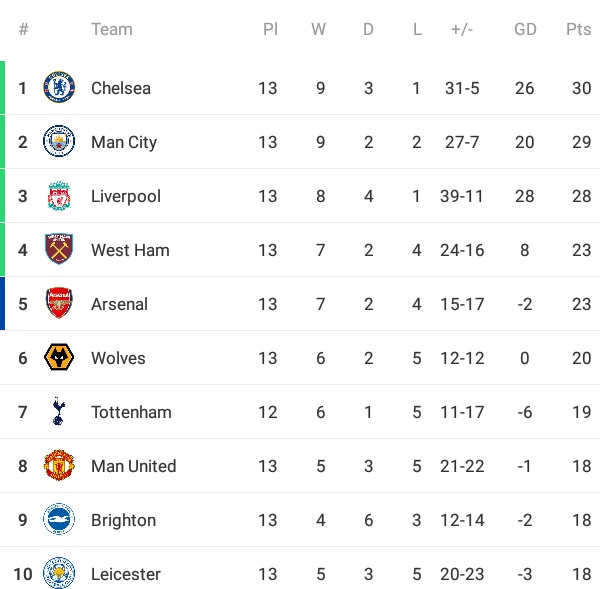 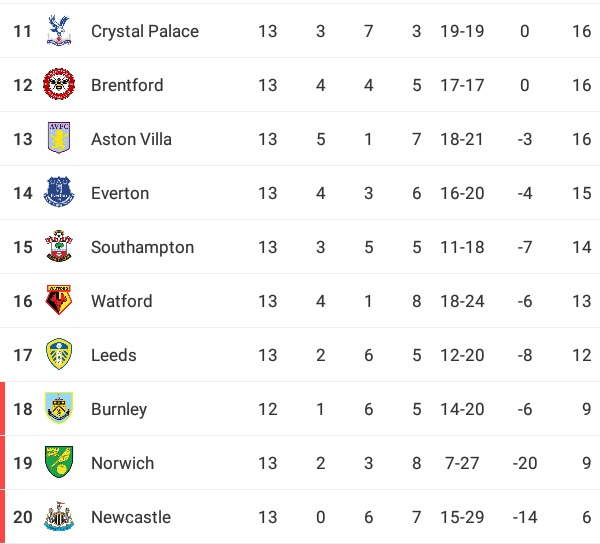