By Rexbank (self meida writer) | 10 days

Every football team in the world has its own legends. Legends are the players who have made key impact in the team. Ghana black stars is no exception when it comes to the selection of their best eleven. 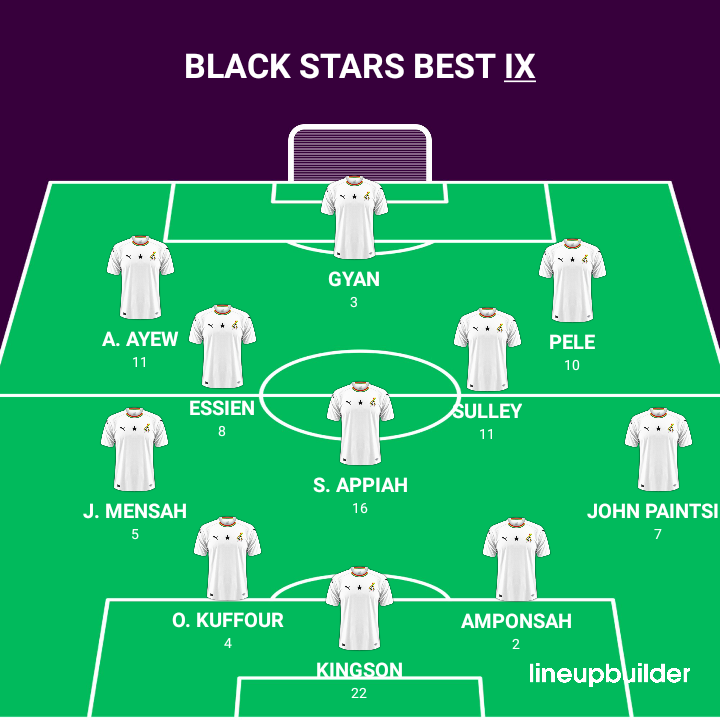 In today's article, let us take a look at Ghana Black Stars best eleven players of all time.

He is also known as Baby Jet. He is Ghana's number one striker and the player with most goals for the team. Mist Ghanaians admire him a lot. He is the formal captain of the Black Stars and also the current General Captain of the team. 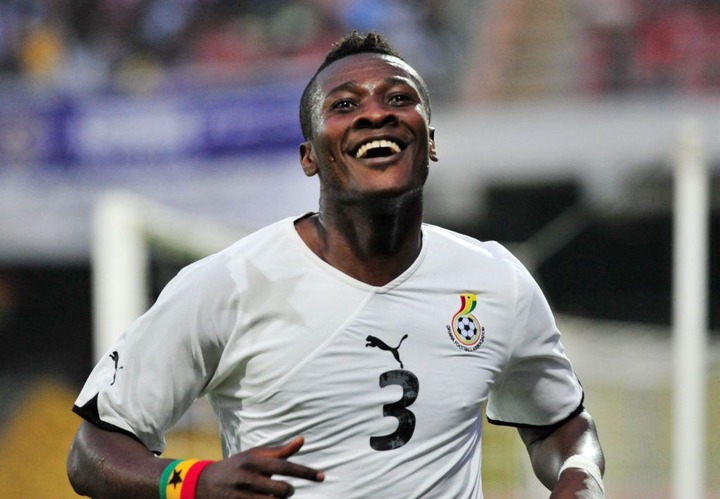 Andrew Dede Ayew is the current Black Stars captain. He has achieved a lot for the club both at senior level and also at the junior level. He won the Fifa world cup with the under 20 national team.

He is the greatest captain Ghana Black stars have even had. He took the team to two world cups. He is a good and a talented player. 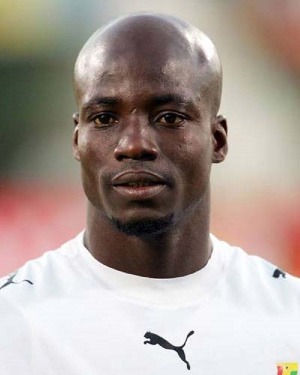 No one plays fine shot better than him. He is good passer and he comes with a lot of strength and speed.

Essien became very popular when he joined Chelsea football club. He is one of the best midfielders not only in Ghana but the world. He is not also only a legend in Black Stars but also in Chelsea.

He was a key wall of the team. He was also the formal captain for the team.

He played number four and he has speed and he is a very good passer. It will be hard for a player to dribble him.

The number two best player in Ghana. He is very talented and plays best at the right side of the defending position.

He can certainly not be exempted from the team. He is a lucky player who is believed to bring fortune to the team. He makes good assist and a very good playmaker.

I know many will disagree with this. Well, this is an opinion, but he is the best goal keeper the team has had. He played with the team for more than a decade. He wasn't good in penalty shootout but very best in a 90 minute play. Most European teams loved to have him on board. 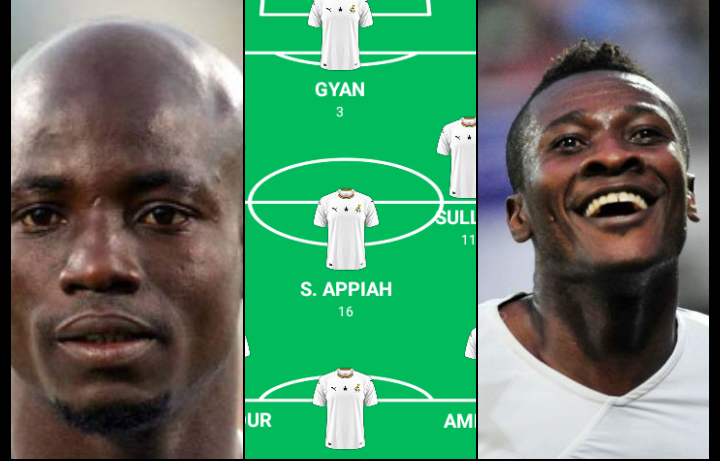