By Abdul-Jalilu (self meida writer) | 13 days 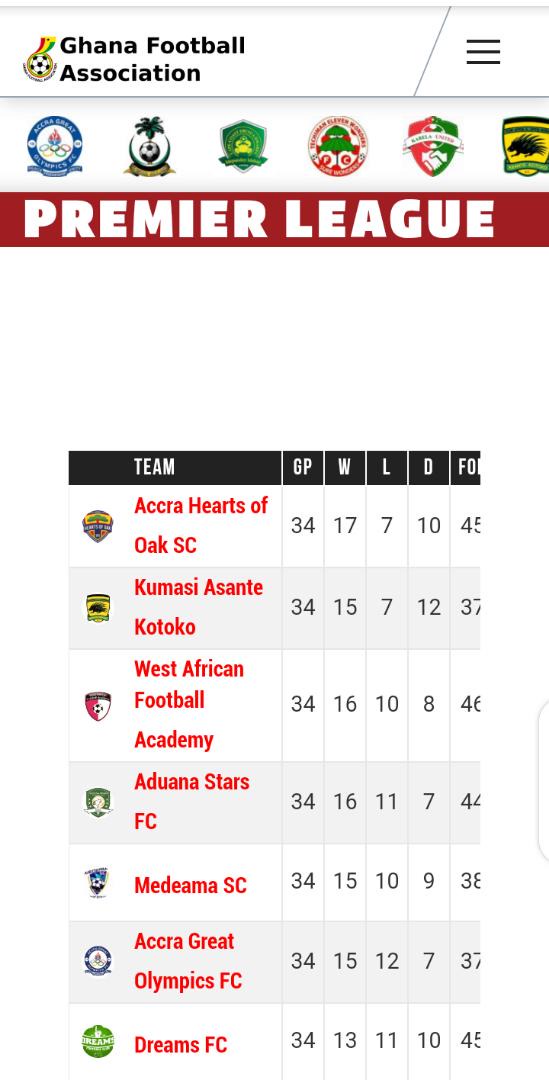 The official Ghana Premier League table from the Ghana Football Association confirms Cape Coast Mysterious Dwarfs, Liberty Professionals and Inter Allies relegated. Results churned out on the final day of the season indicated that, the aforementioned teams had dropped out of first tier football in Ghana. The official league table also confirms Accra Hearts of Oak as champions of the 2020/21 Ghana Premier League season with 61 points. 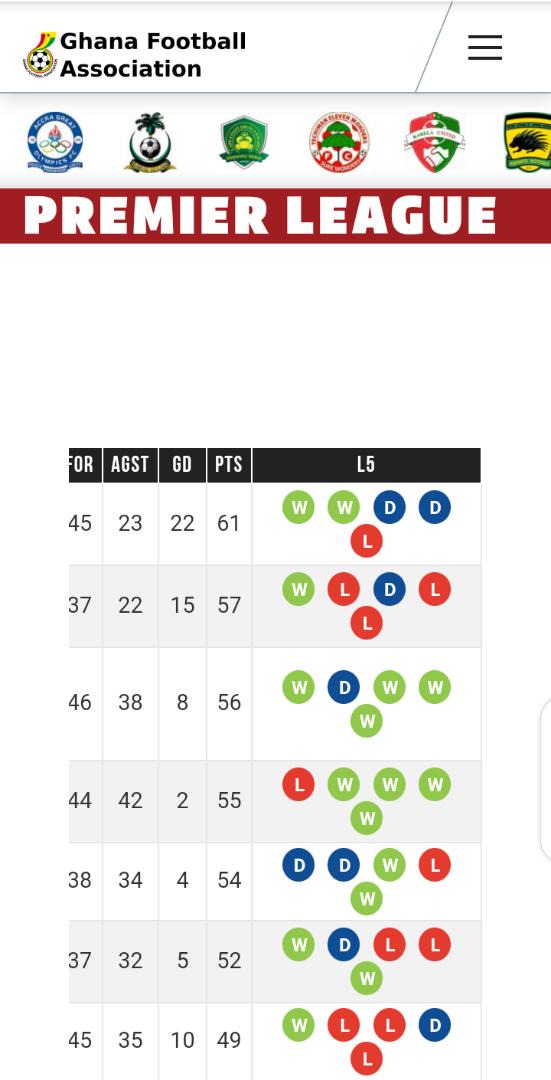 Out of 34 matches played throughout the season, the reigning champions won 17 matches, lost 7 matches and drew 10. In the area of goals, coach Samuel Boadu and his lads scored 45 and conceded 23 goals. In the last five matches, Accra Hearts of Oak had 2 wins, two draws and a defeat. They lost to West African Football Academy, WAFA, in the final day of the season in Sogakope. That ended their 11 matches unbeaten run in the Ghana Premier League, but that lost could not stop them from emerging champions. Their title success was confirmed in week 33 game against Liberty Professionals at the Accra Sports Stadium. They drew 1 - 1 with their city rivals, after Bechem United had beaten second-placed Asante Kotoko 2 - 1.

Aside Inter Allies who were relegated last three weeks to the end of the season, at least four clubs had their destiny to fight for on the final day. Some teams had their way out courtesy head to head rule. The head to head rule is based on outcome between two opponents when they met in the first and return fixture. Elmina Sharks, Liberty Professionals, King Faisal, Ebusua Dwarfs and Legon Cities are some of the clubs who were caught up in the relegation web. The official league table put Legon Cities at 13th position with 42 points, winning a game, drawing a game and losing 3 matches in their last five  matches. The royals escaped demotion following a 3 - 2 victory over Eleven Wonders in Accra. 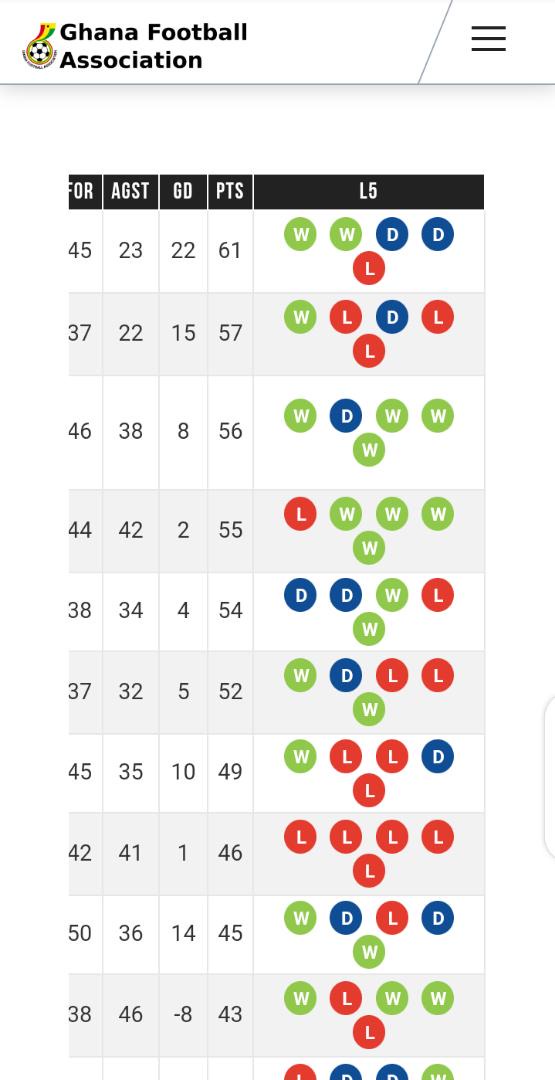 King Faisal ended the season at 14th position with 41 points with 2 wins and 3 draws in their last five outings. King Faisal drew goalless with Liberty Professionals to confirm their stay in the league.

Elmina thanks, after beating Asante Kotoko by a lone goal ended the season 15th placed team with 41 points, winning 2, drawing 1 and losing 2 games.

You can run but you cannot hide: New Police IGP finally to showcase his prowess to Ghanaians?