Here's the Matchday 21 fixtures in the DOL this weekend

By KONTOMIRE (self meida writer) | 1 months

The action in the National Division One League, (DOL), resumes this weekend with the Matchday 21 fixtures Nationwide. 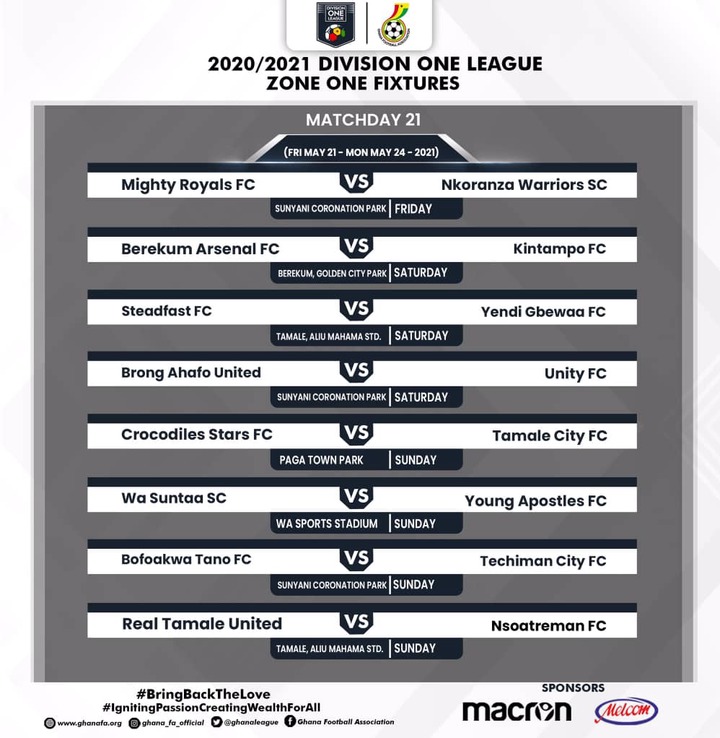 In Zone One, the Mighty Royals vs Nkoranza Warriors game ended abruptly at Sunyani yesterday. 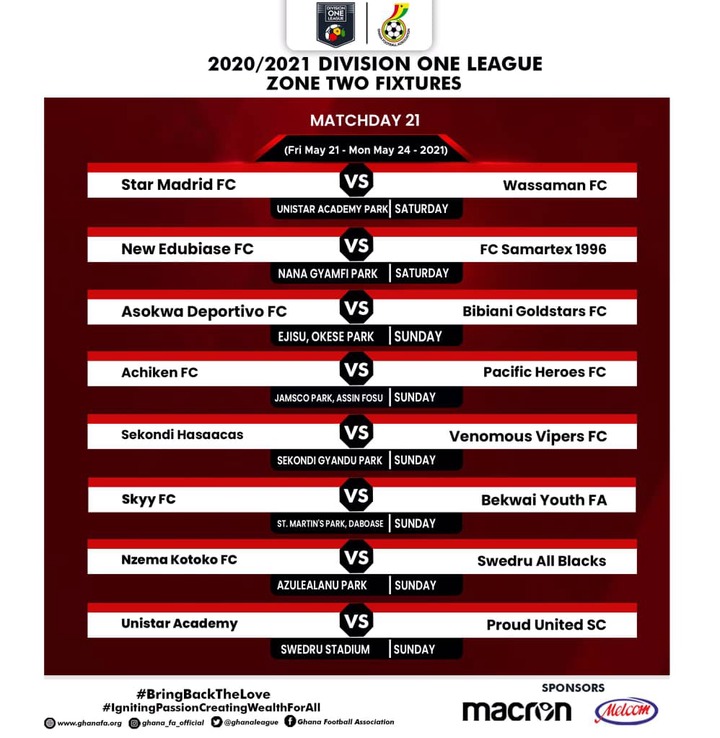 In other matches, Skyy FC will host BY Academy at Daboase, Nzema Kototo plays All Blacks at home with UniStar Academy and Proud United playing at Agona Swedru. 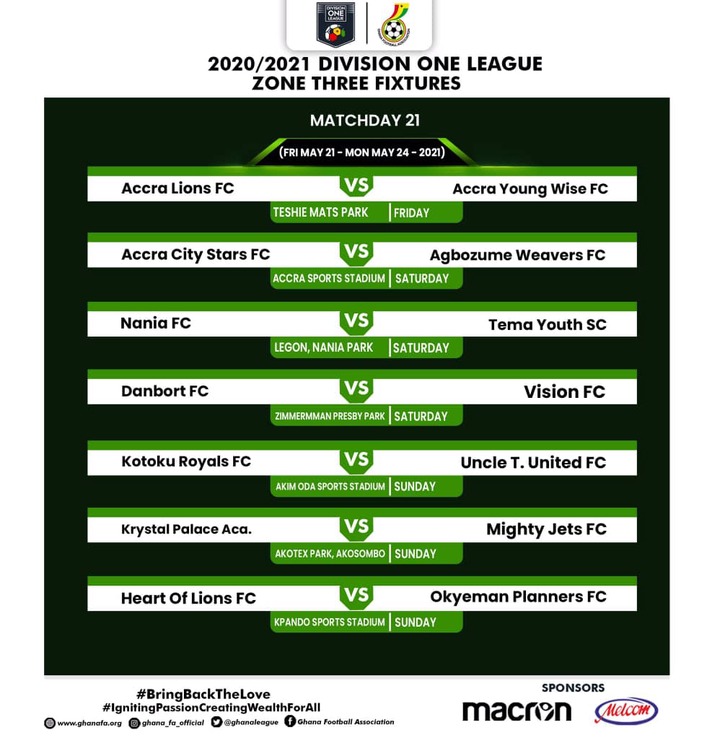 Kotoku Royals host Uncle T United at Oda; Krystal Palace FC will welcome Mighty Jets to Akosombo with Heart of Lions at home to Okyeman Planners all on Sunday.