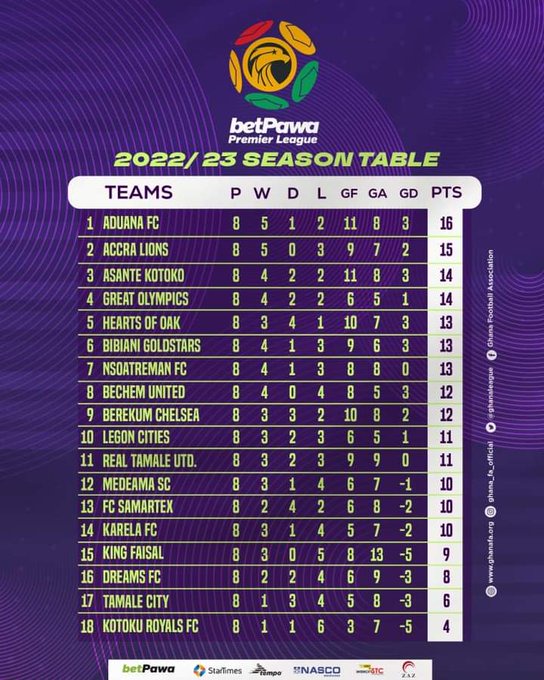 The elite club competition is on a month-long break due to the Mundial in Qatar in 2022, which is currently ongoing and has reached the knockout stage.

Aduana Stars FC, a two-time league champion, now appear at the top of the standings with 16 points, one more than Accra Lions, who are in second place with 15 points after eight rounds of games in the BetPawa Premier League.

Kumasi Asante Kotoko, the defending champions, are in third place with 14 points; Accra Great Olympics have the same number of points as the previous champions.

Accra Hearts of Oak, the MTN FA Cup champions, are in fifth place with 13 points under their new manager, Slavko Matic, after remaining undefeated before the league went on break. 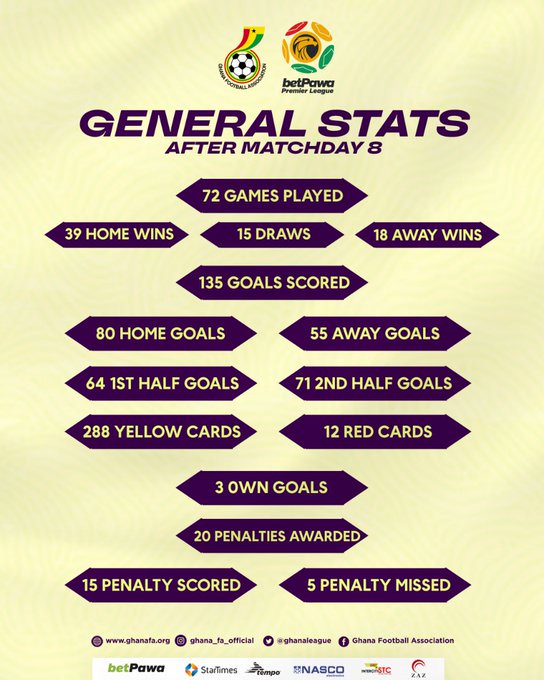 At the bottom of the league table, Dreams FC, together with two new entrants, Tamale City FC and Akyem Oda Kotoku Royals, occupy the 16th, 17th, and 18th positions, respectively.

Bright Adjei of Aduana Stars and Afriyie Mezack of Berekum Chelsea both had five goals prior to the BetPawa Premier League taking a break, leading the league's top scorers table.

Nsoatreman showcased their presence in the Premier League by winning four home games, scoring seven goals, and conceding one goal at Okese Park.

Accra Hearts of Oak had the best away performance before the breather. The Phobians competed in four games, earning seven points by winning two, drawing one, and losing one. 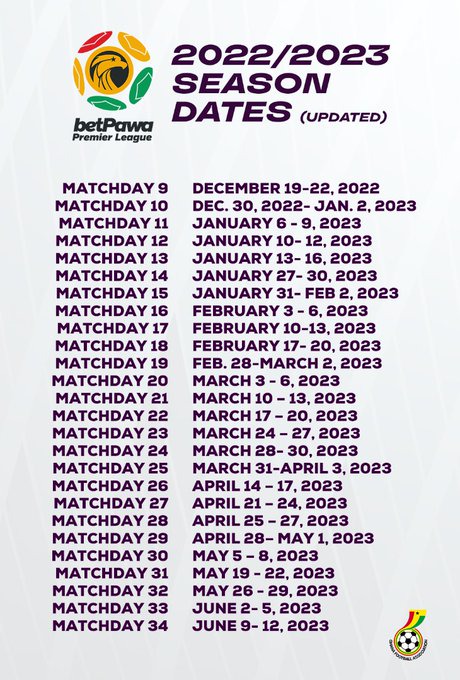 At Duns Park in Bibiani, Bibiani Gold Stars will host Real Tamale United, Dreams FC with their coach, Ignatius Osei-Fosu, fresh from his attachment in Qatar, will play against King Faisal FC, and Karela United at the Crosby Awuah Memorial Park will welcome Medeama FC. 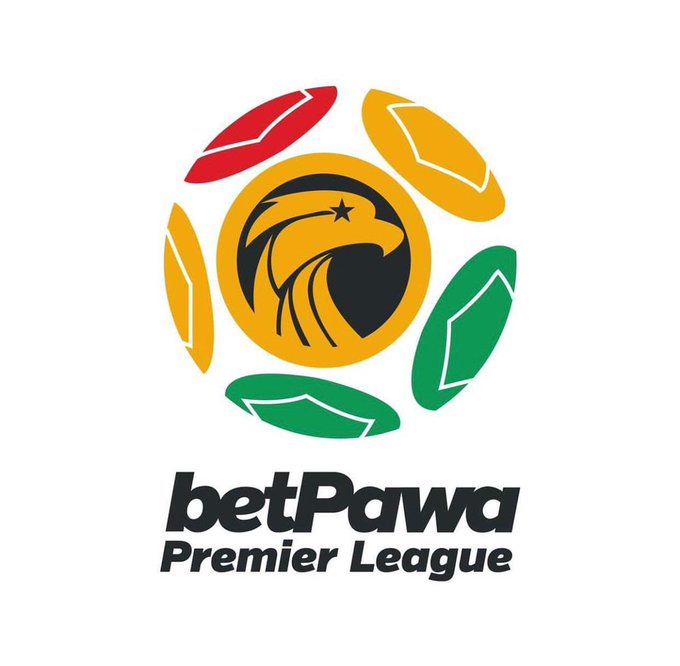