By kingsmedia.com (self media writer) | 1 year ago 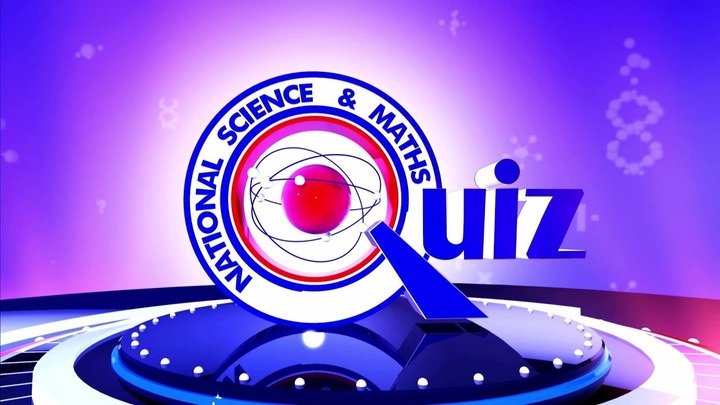 Defending champions St. Augustine's College have been eliminated from the 2020 NSMQ.

AUGUSCO were eliminated in their quarter-final contest with Accra Academy and Kumasi Senior High Technical. ACCRA ACA won the contest with a three-point lead.

St. Augustine's College (AUGUSCO), the defending champions for the National Science and Maths Quiz (NSMQ) have been eliminated from the competition.

AUGUSCO was kicked out in their quarter-final clash with Accra Academy (ACCRA ACA) and Kumasi Senior High Technical (KSTS). In the fiercely contested tie, ACCRA ACA pipped AUGUSCO by three to take one of the semi-final slots leading KSTS in a distance.

The first round of the contest saw both AUGUSCO and ACCRA ACA tied at 27 points each with KSTS trailing by 10 points. ACCRA ACA took a three-point lead in the second round by ending with 36 points against AUGUSCO's 33 while KSTS stayed at 17 points. 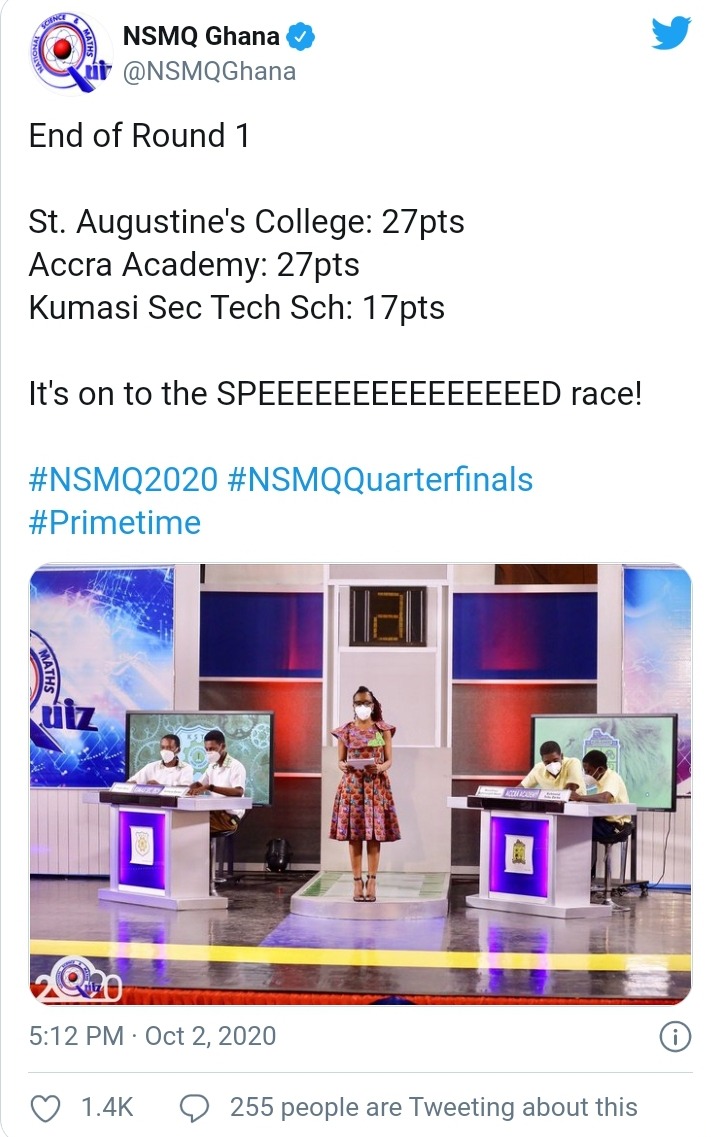 ACCRA ACA took a three-point lead in the second round by ending with 36 points against AUGUSCO's 33 while KSTS stayed at 17 points.

The third round had KSTS coming in strongly to gather eight points for the "Problem of the Day' while ACCRA ACA and AUGUSCO got four points and one point respectively. That meant ACCRA ACA had opened a six-point gap on AUGUSCO. 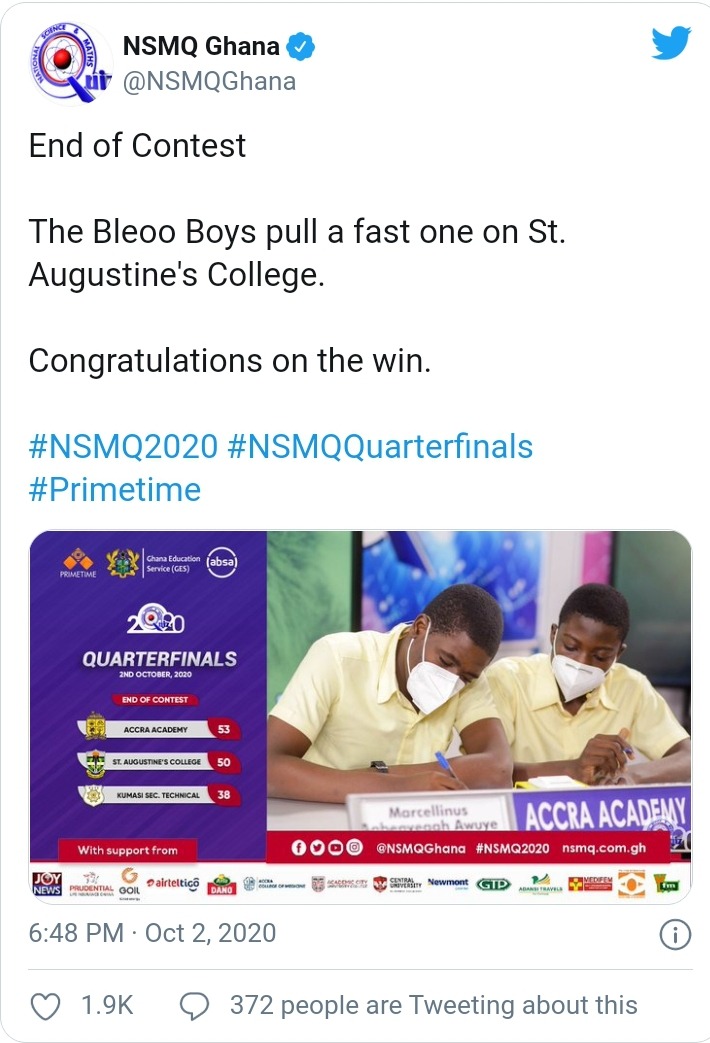 These are six-stroke warning signs that you should never ignore.