By We_See (self media writer) | 4 months ago 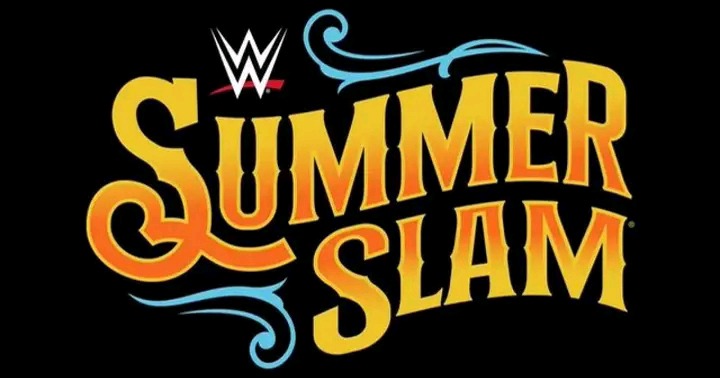 We all know Ghana is known for being a football country, but that doesn't mean we're not interested in other sports, especially WWE.

Since when did you become a WWE fan?

Since the start of this year, WWE has been quite boring due to boring matches, results, and storylines.

Everybody is waiting for the SummerSlam to get to know if some stuff will change in the WWE universe, especially with The Undisputed Champion, Roman Reigns, and his cousins,the Usos, who are also the undisputed WWE tag team champions.

The SummerSlam took place in Nashville a few hours ago, but due to different time zones, most of us were unable to watch all of the matches because they occurred at midnight, but as I previously stated, I'm here to tell you the results of the WWE SummerSlam.

So let's get Straight to the ring now:

Match Results: "Raw" Women's Championship Match-Becca Lynch vs. Bianca Belair (c) After much back and forth, Becky manages to make it back to the ring after beating the 10 count, following a KOD by Belair on the floor. They go at it again and Belair counters a Manhandle Slam from the top, hitting a huge Spanish Fly! She quickly follows that with another KOD to keep the pin...

Winner: Bianca Belair and Belair shake hands with Becky in the ring as a show of respect after the match. The music suddenly hits And out comes the returning Bayley. Dokata Kai is also out, making her return too. Lo Shiria joins them too as all three women head to the ring. To end the segment, Becky and Belair manage to fight off Baley and her team. 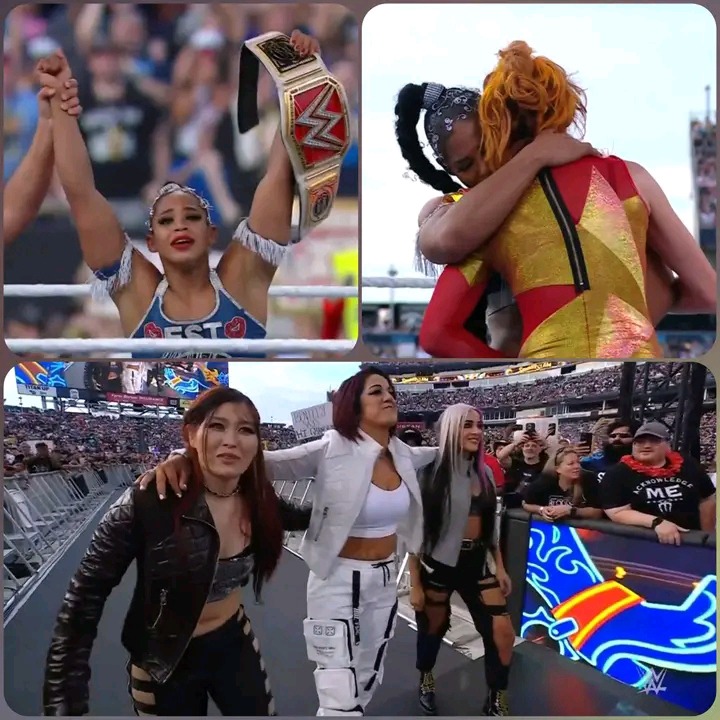 Logan Paul vs. The Miz Midway through the match, AJ Styles shows up from the crowd, fighting off Ciampa, who's been in Miz's corner all night. They've moved the fight to the back, leaving Miz to fend for himself.Paul drops Miz with a Phenomenal Forearm now and then sends him crashing through the announce table with a frog splash. Finally, Paul finally hits a skull-crushing finale to get the pin and win... Winner: Logan Paul

* United States Championship Match-Theory vs. Bobby Lashley (c) Back and forth now, and Lashley goes to hit the spear, but Theory leapfrogs it and he crashes and burns in the corner. Theory goes for a dropkick, but Lashley plucks him out of mid-air, locking in the Hurt Lock for the win. The Winner: Bobby Lashley

No Disqualification The Mysterios vs. Judgment Day Midway through the match, the music interrupts as the returning Edge makes his way out. Edge hits the ring and drops Priest with a big boot before spearing Balor and then spearing Priest as well. He sets up Balor on the ropes now and for the Mysterios, hits a classic 619 for the win. 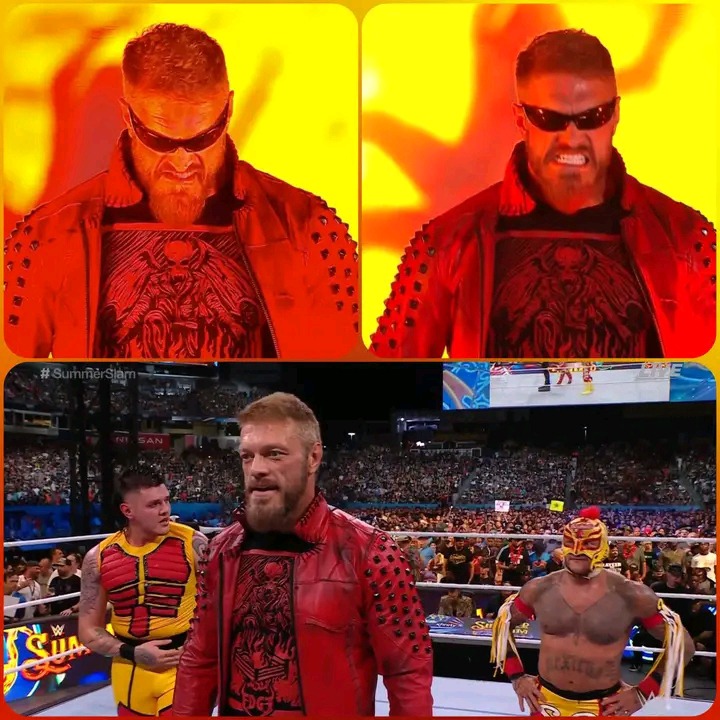 * Pat McAfee vs. Happy Corbin After much back and forth, Corbin goes to hit End Of Days now, but McAfee reverses it, pushing Corbin to hit the referee. Pat takes advantage of the distraction now to nail a huge low blow. He finally leaps off the second rope, flipping Corbin with a sunset flip for the pin.

The Undisputed Tag Team Championship Match (Jeff Jarrett as Special Guest Referee): The Street Profits vs. The Usos (c) After much back and forth, The Usos hit a double superkick to Ford, who was about to dive, and then Dawkins. Back inside the ring now, they finally take out Dawkins with the 1D for the pin to retain. 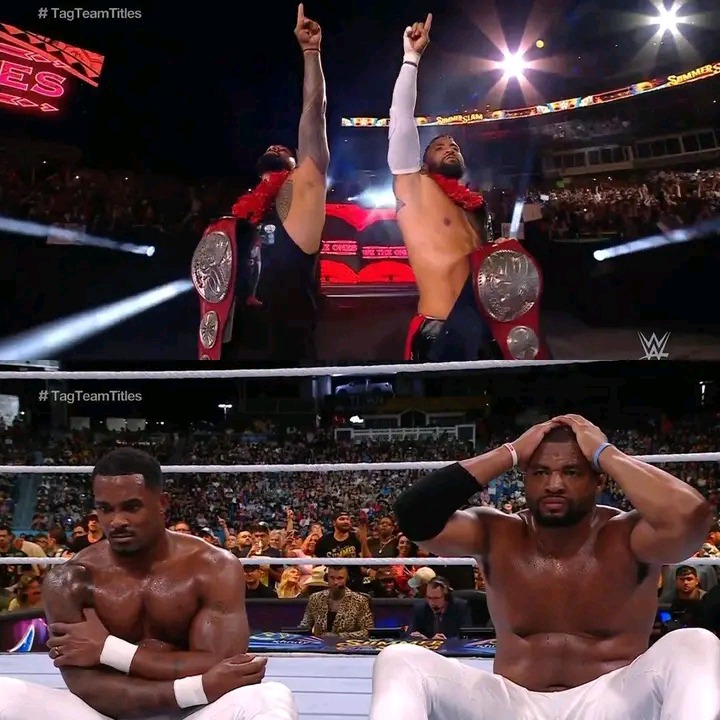 Riddle, who is still not medically cleared to compete, suddenly bursts out in the ring, calling out Rollins. Rollins is out now and a brawl breaks out as officials try to break them up. Rollins ends up stomping on Riddle.

* "SmackDown" Women's Championship Match-Ronda Rousey vs. Liv Morgan (c) After much back and forth, Rousey has Morgan locked in the armbar now, but Morgan manages to turn it around, pinning Rousey in the process, though she tapped out too. The referee ends up giving the win to Morgan, though it appears both women lost at the same time.

Winner: Liv Morgan but Rousey is not happy with the result as she locks Morgan in the armbar again. The referee goes to stop her but gets locked in the armbar too. 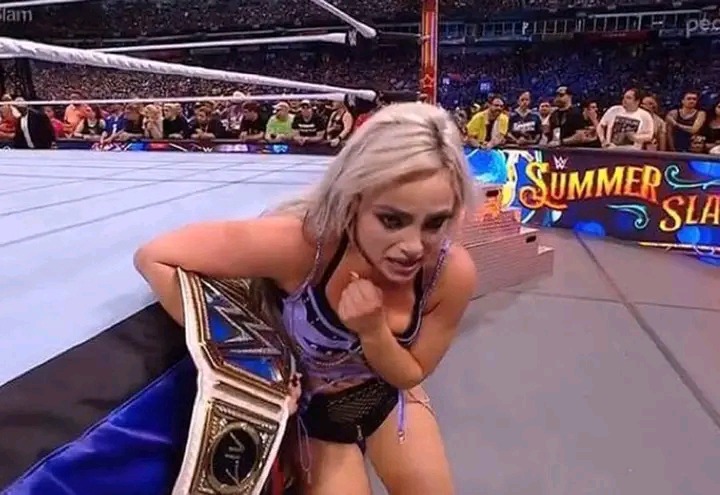 * Undisputed WWE Universal Championship Last Man Standing Match-Brock Lesnar vs. Roman Reigns After much back and forth with Lesnar brutalizing Reigns, the Usos run out of time now, so Lesnar wastes no time as he destroys them too. Paul Heyman begs Lesnar to stop now as he hands him the titles, begging him to leave Reigns alone. 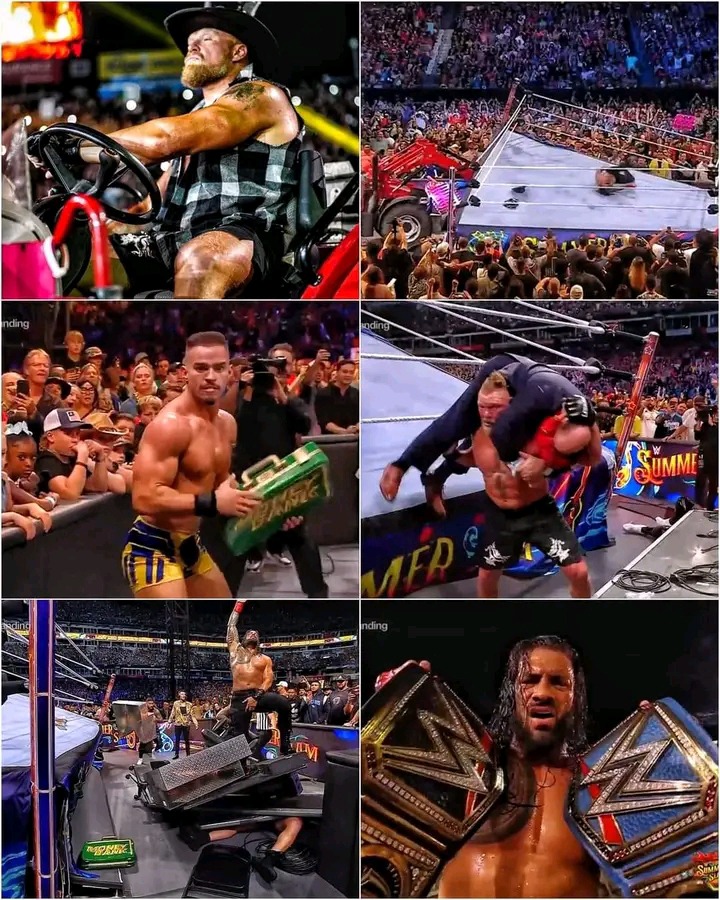 Lesnar instead grabs Heyman and drops him with the F5 on the announce table. Reigns gets up now and immediately drops Lesnar with a huge spear. Austin Theory rushes out now, smashing Reigns with the MITB Briefcase. He goes to cash in his contract, but Lesnar grabs him and takes him out with the F5 on top of the briefcase.

The Usos hit double superkicks now to take down Lesnar. Reigns connects with another spear as Lesnar tries to get up. Reigns gets the briefcase and starts smashing Lesnar with it. He finally drops Lesnar with a title shot to the head, but Lesnar is still trying to get up. Reigns hits him with the title again, then starts covering him with items like the announce table, the steel steps, and other stuff. 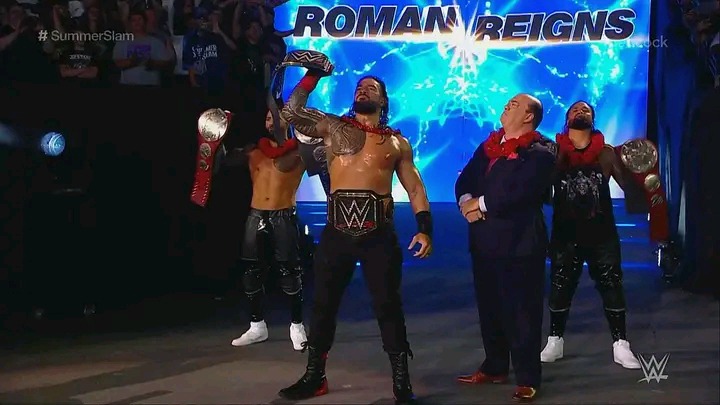 Lesnar is not getting up now as the referee counts to 10 and Reigns finally gets the win to retain,be the Winner and Still The Undisputed WWE Universal Champion: Roman Reigns That finally brings an end to the night show.

A SummerSlam to remember indeed. What match here really got you, and are you disappointed that Roman Reigns is still the undisputed WWE champion?

Tell me your thoughts in the comments.