Chealsea Football club did the unbelievable in 2012 by winning the UEFA CHAMPIONS LEAGUE trophy. They eliminated Barcelona in the semi final and won the cup on penalties to Bayern Munich. 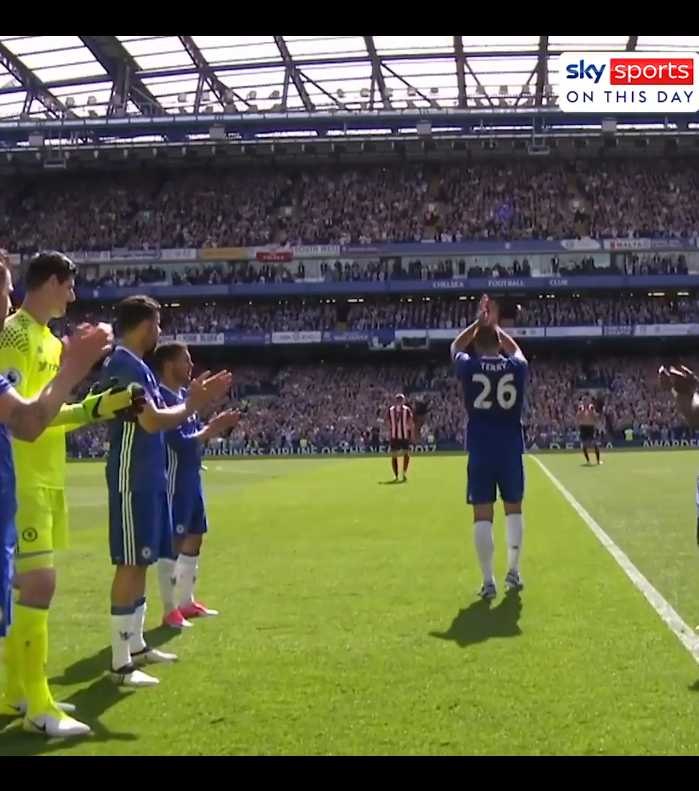 The striker who helped chealsea to win the cup " Didier Drogba " has spoken about how they were motivated to win the trophy.

The coach was sacked due to the bad performance of the team of which the chealsea striker believes it was partly the fault of the players. 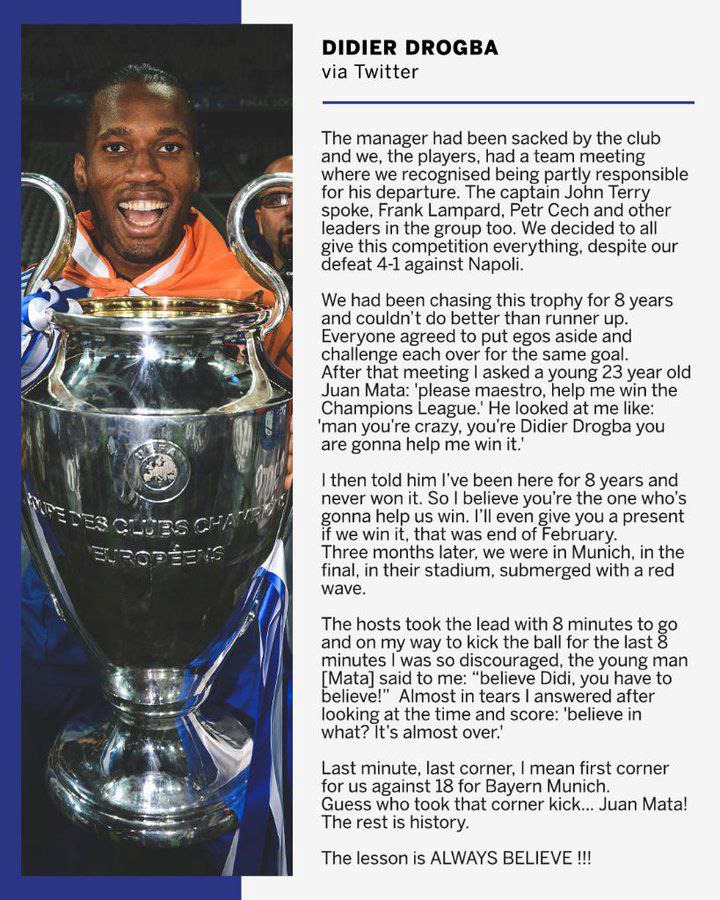 The players held a meeting and the leaders among them John Terry, Frank Lampard and Peter Cech had some talks to the players . The players decided to give all they have to win the trophy despite their 4-1 defeat to chealsea and Didier Drogba who has waited 8 in chealsea to win the Champions league spoke to Juan Mata " please maestro help me win the Champions league" and Mata replied Drogba that he is the one to help him win the trophy.

Drogba believed that Mata is the one to help him win it because he has been there for 8 years and Mata just came. He further promised Mata a present if they win the Champions league.

During the finals , after Munich was leading in the first 8 minutes. During the last 8 minutes when the host side was still leading, Drogba was very discouraged and Mata told him " believe Didi, you have to believe" he answered just in tears , believe what? It is almost over.

Please don't forget to follow my channel for more information and updates.