Richard Gyamfi is a former Ghanaian footballer who once played for National Division One, he is also an architect. He resides in Abesim near Sunyani , the said man is 28 years old and has committed a crime which is unbearable and bitter.

He has killed three good children, chop off their heads and has placed it in sacks. He has body parts parcelled and stored in his fridge too. See the pictures of him and two of them killed children: 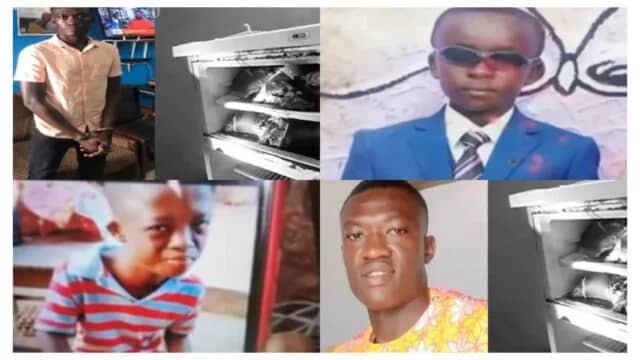 During his arrest, he made a shocking revelation which is just intriguing, he was asked who told him to do so and why he does that and all he said was asked my father. He is living in a 5 bedroom and porch house. See picture of the body parts in the fridge:

One of the murdered kids is his own relative, he lured the child in the afternoon and took him to his room and killed him chopping off his head afterwards.

The boy's father Louis Agyei explained that, someone told him he saw Richard with the boy late in the afternoon but when Richard was asked, he denied not to see the boy the whole day.

The witness also insisted on seeing them so they went to his house for investigations together with some area boys and found a secret home which was locked. He was asked to open it but lied that the key was lost.

They forced and broke the door open and Louis Agyei found his son lying on the ground dead prostate in a pool of blood. The area boys pounced on Richard and gave him some beatings before handing him over to the police.

See photo of the man: 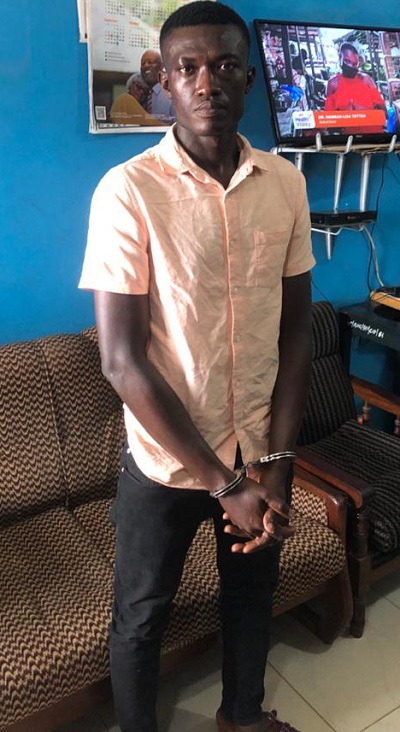 It's very sad, why should such a person commit such heartless crime, the revelation he made that his father should be asked has made people to think his father is involved in it.

But what I know is that, now when children commit crimes, they put the blame on their parents for not training them well but it might not be true. Since the father is absolutely a reputable business man with a company, it's like he is in hands with his son but I think hard work can also make him reach this far.

What is your think of this?