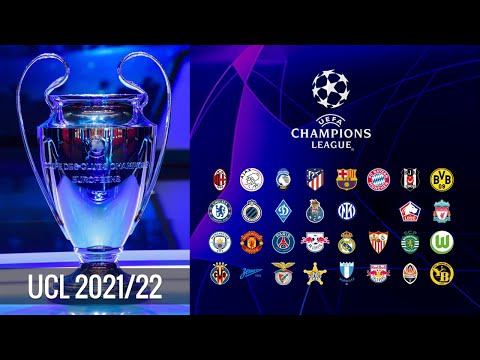 #1. Chelsea Football Club is an English professional football club based in West London which was founded in 1905 whose performance in the premier league for the past seasons are undoubtedly supper.

The current defending champions of the UCL , Chelsea with their new manager ( Tuchel ) put up a massive performance in the last season's UCL without good striker. Looking at the blues last season, they were lacking a good finisher but with their latest signing of world class forward Romelu Lukaku who is a good finisher and also possess the qualities of legendary Didier Drogba who can shoot at long distance and also a good header can help the blues defend the UCL.

The ligue 1 side of the top division of French football giants, Paris Saint - Germain who are based in Paris, France. Cannot be left out in the UCL tier following their big signings this summer like; Lionel Messi, Georginio Wijnaldum, Achraf Hakimi, Sergio Ramos and others adding to Neymar, Mbappé and others, Paris have the best forward in the world looking at their front 3. They were also the runners-up in the 2019-2020 UCL.

#3. Manchester United fc, also an English based club in old Trafford, that competes in the premier league, the top flight of the English football. Man United are the current toppers of the premier league and runners-up of the last season's Europa League where they lost to Villarreal on penalties.

Following their recent form in the premier league and the record signings of Sancho, Raphael Varane and the all time record breaking man Christiano Ronaldo, they looks favorites for the UCL.

The German side giants, FC Bayern Munchen who are best known for it's professional football team, which plays in the Bundesliga, the top tier in of the German football league system cannot be overlooked in the  2021/2022 UCL tier.

The Bavarians with their past records in the UCL is marvelous, they won the 2019/2020 UCL last two seasons and also when to the semi-finals the following season( 2020/2021 UCL) and were beaten by Man City. With this above records Bayern are also tittle contenders of the 2021/2022 UCL tier.

Content created and supplied by: Mumuni Naftale (via Opera News )

Pele was right. What Pele said in 2020, about who is better between Messi and Ronaldo is true.

Meet the only Football Stadium that has a Mosque.

Check Out Messi’s Reactions When He Was Substituted By PSG Coach, Mauricio Pochettino.