By adsamuel (self media writer) | 3 months ago

Leo Messi: “I'm looking forward to starting a new chapter in my career in Paris. The club and his vision are a perfect match for my ambitions. I'm determined to build something great for the club and the fans. I can't wait to step onto the pitch at the Parc des Princes”.

Barcelona legend Andres Iniesta says it will "hurt" to see Lionel Messi in another club's shirt as the Argentine's move to Paris Saint-Germain has been confirmed.

Sergio Aguero's Barcelona career could supposedly be over before it has even begun due to an injury clause in his contract. According to Spanish journalists Adrian Sanchez and Alejandro Carrasco Barçelona inserted the 'injury clause' into the striker's deal, which allows it to be terminated if his fitness woes prevent him playing enough matches.

Villarreal boss Unai Emery has dubbed Chelsea the ‘best team in the world’ ahead of tonight’s UEFA Super Cup final. “It’s true that the Europa League has grown a lot. Its a good example. In two years they have made the jump. “For me also, this situation is the challenge. “We are going to play for a title and we are going to play against the best team in the world. We are excited about the challenge.

Marcus Ransford on his surgery, "Thank you for all the well wishes. I had my surgery on Friday morning and everything went very well. A little sore but other than that I’m feeling good. Hope you’re all having a great day".

Tuchel on Lukaku: "Romelu is one of the guys who is a real number 9, who likes to score, but this is not a secret."

Rio Ferdinand has explained the reasons why he believes Liverpool could struggle again this season.“It’s AFCON so they’ll miss Mane and Salah at some point. Wow. I think it’s a big year for Liverpool and I’m a bit concerned for them in a lot of ways. they’re relying on the same front three again.

Lionel Messi and Sergio Ramos share the record for most appearances (45) in the history of El Clásico. They now go from rivals to teammates.

Manchester City are planning to open new talks with Brazilian goalkeeper Ederson, 27, and England midfielder Phil Foden, 21, over new contracts at the Etihad.

Dimitar Berbatov, former Manchester United player say on the their new signings. "I am very happy that they are bringing in Raphael Varane from Real Madrid. He is a World Cup and Champions League winner, he has a winning mentality and he has played with the best over the years. "We already know about [Sancho's] quality, but there's still plenty of room for him to grow and hopefully at United, one of the biggest clubs in the world, he can fulfil his potential. I'm sure he is also going to push the other forwards to perform better too."

Paul Pogba will stay at Manchester United for one more year, before joining Paris St-Germain on a free transfer after they cooled their interest this year to focus on Messi.

Liverpool just cannot seem to catch a break on the defensive injury front, as they have been dealt an early blow with the news that Andy Robertson will spend some weeks on the sidelines with an ankle injury sustained in pre-season.

Tottenham are still in talks to sign Lautaro Martinez, 23, despite reports suggesting Inter Milan are unwilling to sell both the Argentina striker and 28-year-old Belgium forward Romelu Lukaku, who is finalising a move to Chelsea.

Antonio Rudiger has declared his admiration for Chelsea's imminent £98 million ($136m) arrival Romelu Lukaku ahead of the UEFA Super Cup with Villarreal.

Tottenham, Arsenal and Manchester United are all interested in signing Bayern Munich midfielder Corentin Tolisso, with the German champions wanting €10m to aid their pursuit of RB Leipzig's Marcel Sabitzer.

Real Madrid have confirmed Dani Ceballos has suffered an ankle ligament injury amid rumours the midfielder could leave the club this summer.

Everton forward Richarlison, 24, could feature in Saturday's season opener against Southampton despite not having a summer break after representing Brazil at the Copa America and Tokyo Olympics.

Hansi Flick said he would seek to emulate the competitive spirits of Italy and Spain as he pledged to return Germany to glory in his first press conference as head coach of the national team on Tuesday.

Players in the Premier League will be free to hug each other during goal celebrations this season but many of the other Covid-related restrictions will remain in place.

Senegal international and Chelsea star Edouard Mendy has revealed that he once didn't want to be a goalkeeper. “I didn't always want to be a goalkeeper, but I didn't have much of a future further up the pitch,” he said. “I was asked to go in goal, and everything happened naturally after that. I've experienced all the divisions in France, from the sixth-tier to Ligue 1. “In between, there was a period where I was unemployed for a year, aged 22.

Chelsea boss Thomas Tuchel has had his say on Lionel Messi’s move to Paris Saint-Germain: “Lionel Messi is good for any team in the world,” “It makes me a little sad that Messi couldn’t finish his career at Barca. Messi and Barcelona were one.

Rangers face a monumental trip to the far reaches of Europe to either Kazakhstan or Armenia in the play-off round of the Europa League, just days before they face Celtic in the first derby clash of the season.

Florentino Perez and Real Madrid’s move for Kylian Mbappe may come down to timing.

Mbappe has been a target of Real Madrid‘s for some time, the La Liga giants stalking from afar during recent years.

Alessandro Nesta was back at Lazio’s Formello training ground for the first time in 19 years, as the coach is studying Maurizio Sarri’s methods.

Chelsea are standing firm over their £25m valuation of 26-year-old France defender Kurt Zouma, who has been attracting interest from West Ham.

President Aurelio De Laurentiis hints that Napoli could make zero transfers this summer. ‘We’ve only got a few days and innumerable problems to talk about.’

David de Gea has insisted that he has 'a lot of years ahead' at Manchester United as the Spanish stopper laid down the gauntlet to Dean Henderson in the pair's battle for No 1 status at Old Trafford.

There are concerns at Roma after reports Lorenzo Pellegrini interrupted yesterday’s training session with an injury. News agency ANSA claims coach Jose Mourinho looked worried as Pellegrini limped off the pitch midway through the runout.

It’s reported Italy are shelving their attempts to host the 2028 European Championship, aiming straight for the FIFA 2030 World Cup instead. If successful, it would be the first major tournament to be held on Italian soil since the 1990 World Cup, with exactly a 40-year gap.

Sevilla director of football Monchi is waiting for Chelsea to call him so he can push through 22-year-old French defender Jules Kounde's move to Stamford Bridge.

Nico Gonzalez admits he turned down Premier League offers because he ‘wouldn’t have been as happy’ as he is at Fiorentina. “I chose Fiorentina because they’ve been tracking me for many years and I felt that interest. It’s a big club, one of the sides everyone wants to play for. I am happy and can’t wait for the start of the season to show what I can do. “I had proposals from England, but I turned them down, because I knew that I wouldn’t have been as happy as I am here.

Radja Nainggolan has officially agreed to terminate his contract with Inter by mutual consent, allowing him to join Cagliari as a free agent.

Arsenal are waiting for Martin Odegaard to decide on his Real Madrid future before pursuing a permanent deal for the 22-year-old Norwegian midfielder.

Jadon Sancho is tipped to be a starter for Manchester United against Leeds on Saturday - as Ole Gunnar Solskjaer is ready to field the ex-Borussia Dortmund trickster alongside Mason Greenwood and Bruno Fernandes behind frontman Anthony Martial.

Werner on Lukaku: “He's probably one of the best three strikers in the world at the moment. It always helped me having a big striker alongside me." 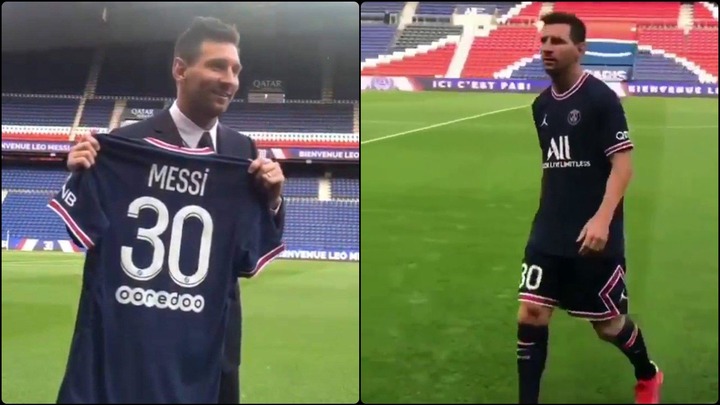