In the transfer market for attacking full-backs following Oleksandr Zinchenko's €35m transfer to league rivals Arsenal last month, Manchester City on this day have delightfully announced the Ukrainian replacement for €11m, keeping €24m in the bank. Sergio Gomez is the latest arrival at Etihad and their 5th signing of the summer- joins from RSC Anderlecht on a four-year contract following a fine campaign he had in his first season in the Belgium top-flight division - where he was voted as "Belgian Club's Player of the Year" last season under the guidance of former star Vincent Kompany. 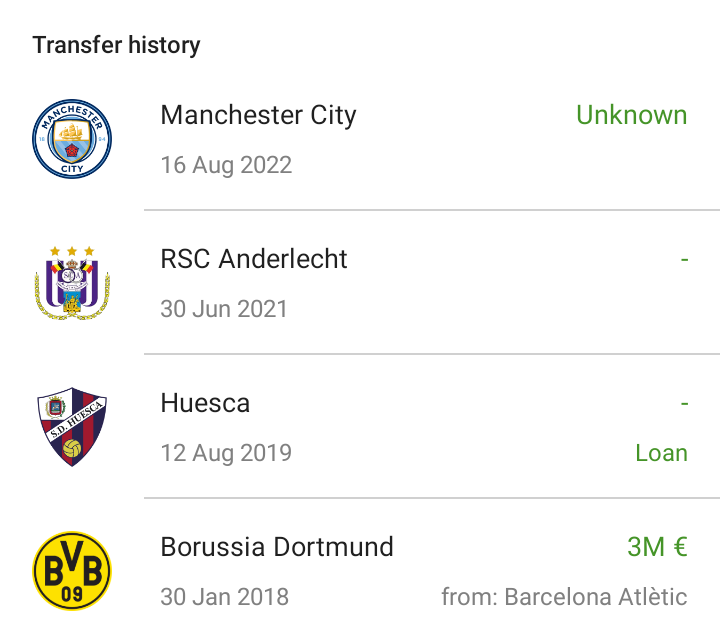 The 21-year-old highly rated Spanish left-back who is also comfortable playing in the right-wing understood began his career in Barcelona's youth set-up before leaving the Catalan club to join Bundesliga outfit Borussia Dortmund for €3m at the start of 2018.

He was then loaned back to Spain with Huesca for two seasons helping them regain La La Promotion at the end of the 2019/20 campaign before joining Anderlecht in 2021 for an undisclosed fee. 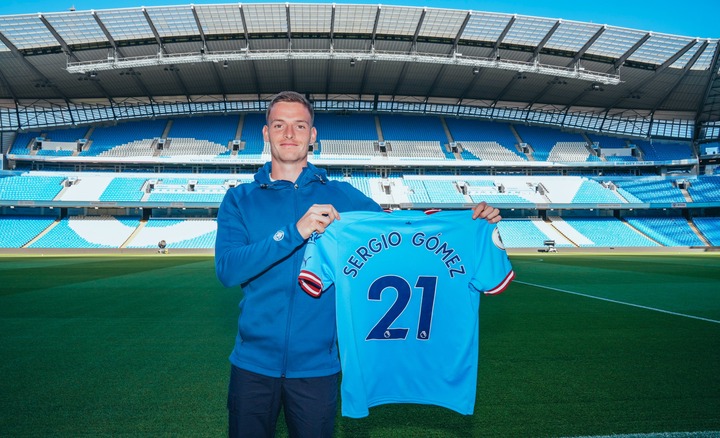 Joins the reigning champions of the Premier League, he is considered as one of the promising young attacking full-backs who can provide competition to Portuguese star Joao Cancelo and developed under former manager Pep Guardiola during his days at Barcelona.