The history behind the great clash and the result to expect. 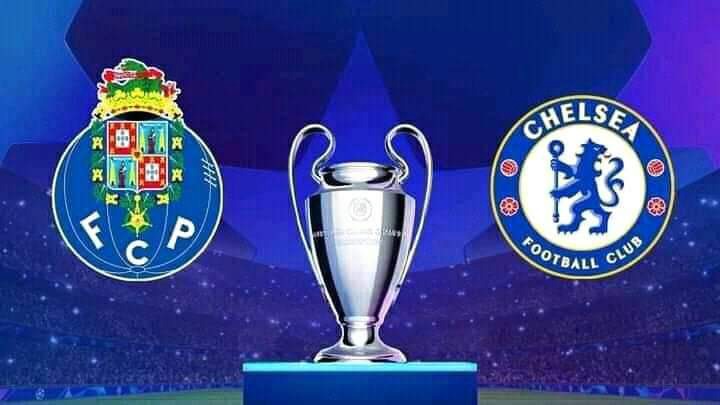 Having been handed a tricky tie against Atletico Madrid in the last 16 of this season's Champions League, and emphatic victory for Chelsea, yet the next ballot seem to be favoring the Blues because of their head to head massive victory against Porto. Chelsea's reward for overcoming Diego Simeone's men is a quarter-final clash with FC Porto.

Chelsea with massive five (5) win head to head victory seem to have more hope of progressing to the next level of the competition.

Porto with 13 straight unbeaten Portugal Primeira Liga has boost their spirit and hoping to defeat Chelsea at all cost.

Meanwhile Thomas Tuchel will undoubtedly be keen to avoid his side underestimating their last eight opponents, the Blues couldn't have asked for a much better draw given some of the stellar names remaining in this season's competition.

Not only have they managed to avoid the likes of Manchester City, Bayern Munich and Paris Saint-Germain, they've also been drawn against a side who they've performed well against in their previous meetings. 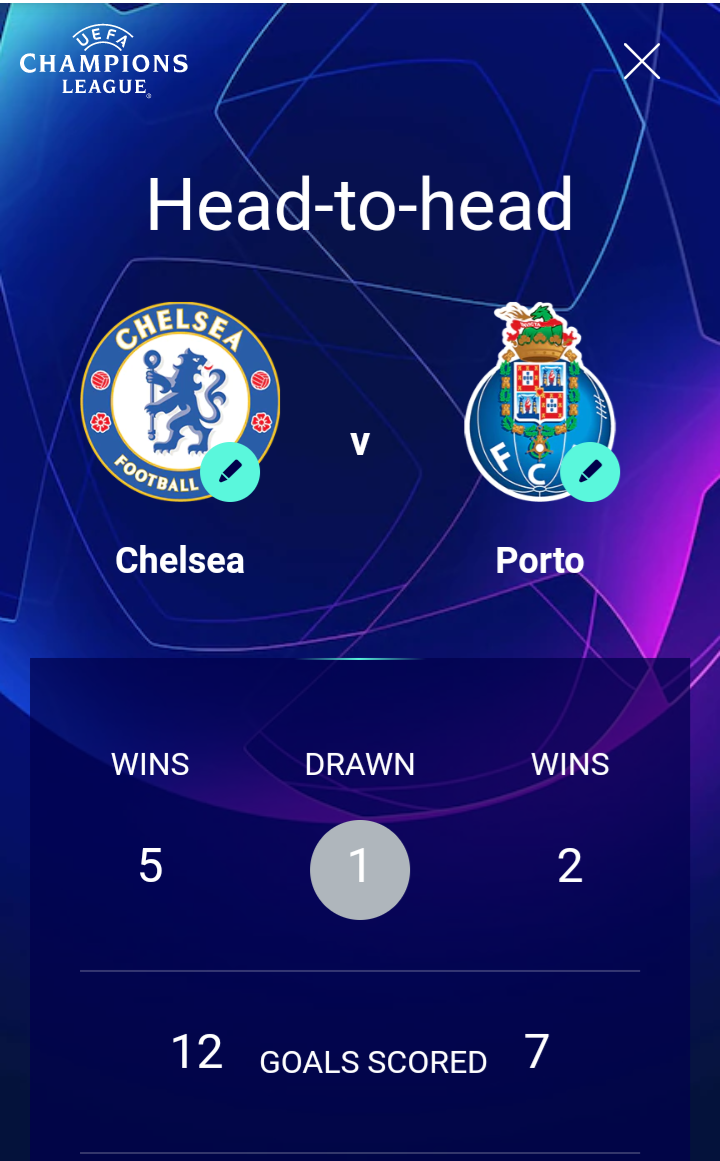 The Blues have picked up five wins from their eight clashes with Porto, with the Portuguese side triumphing just twice.

Here's a look back or better still a flash back on most of the eight previous encounters between the two sides since their first meeting in 2004 to 2015 yet to meet on 7th April 2021. (Wednesday).

Chelsea having to win five out of their eight clash, drawn one and loosed two.

While Porto have won two, drawn one and lost five in their eight clash.

Chelsea's quarter-final first leg away at FC Porto is set to become the latest Champions League tie to be moved to a neutral venue.

The news comes after the Portuguese government tightened their restrictions on incoming flights on Monday, amid concerns over the spread of Covid-19 elsewhere in Europe.

Thomas Tuchel's Blues were due to travel to face Portuguese champions Porto in the quarter-final first leg on 7 April. Chelsea are heavy favourites to reach a semi-final with either Real Madrid or Liverpool, and are yet to taste defeat in the Champions League since Tuchel took the reins in January. Which

will be played on neutral ground, yet official but very likely.

For the moment Seville has offered to host it. Chelsea may have been handed an incremental advantage ahead of the first leg as they hold and prepare on to face Porto. It is 'very likely' to be moved to a neutral venue: ( ESTADIO RAMON SANCHEZ PIZJUAN).

Chelsea seem to have the upper hand on their clash against Porto in terms of their previous statistics records hold in the Champions League since their first clash with Porto. Moreover Chelsea has had a fine form since Chelsea new Coach Tomas Tuchel took over with a great winning records yet lost massively to Wets Bromwich Albion with a man sent off, just this past Saturday. As a result it has lead a little doubt, panic and fear in the heart of some of the blue fans, but believing in the new Coach Tomas Tuchel legacy, previous record history and tactics. Chelsea fans refuse to give up all hope. Hopefully per the statistics and head-to-head matches played between the tow teams I predict Chelsea winning by 2-1 away from home. Porto on the other hand has won two (2) out of their eight (8) clash, drawn one(1) lost five (5). Porto qualifying through the round 16 against Juventus with the lights of the world super star Cristiano Ronaldo featured, really proves how focus and determine they are to make things very difficult for Chelsea.

But we live to see what the future holds in that particular clash.