Ghanaian player and Hearts of Oak sensational midfielder, Abdul-Aziz Nurudeen has revealed to Ghanaians that, after the second league game between Hearts of Oak and Asante Kotoko Fabio Gama came to himand told him what he did in oder to win the penalty for Asante Kotoko. 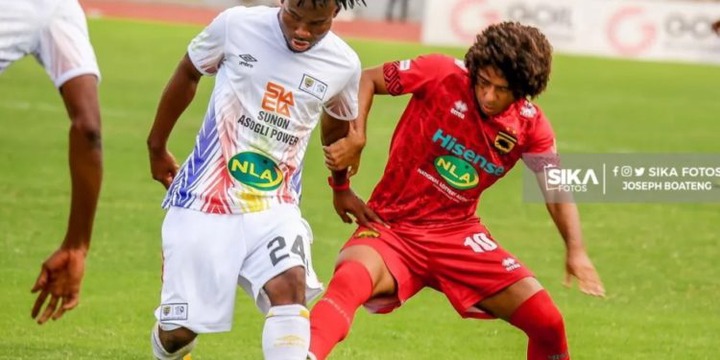 On the 10 of April, 2022 Kumasi Asante Kotoko hosted Accra Hearts of Oak at the Baba Yara sports Stadium in Kumasi. It was the second leg game between the two rivals. The game ended in a 1-0 score in favor of Asante Kotoko. Kotoko won the match through an early penalty goal on the 17th minute. Franck Mbella Etouga scored that goal.

The penalty came as a result of foul committed by Abdul-Aziz Nurudeen on the Brazilian international Fabio Gama. The penalty incident caused a lot of debates and misunderstandings in the media because fans of Hearts of Oak thought that it wasn't a penalty but Asante Kotoko fans thought otherwise. 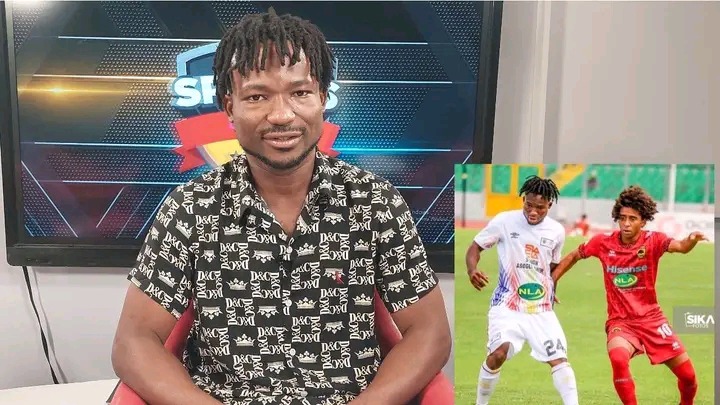 Today, the man who committed that foul that led to the penalty has revealed to Ghanaians on Angel TV that, Fabio Gama came to him after the game and told him that he is a stubborn midfielder and he used a trick on him to win a penalty for Asante Kotoko.

Nurudeen said, "Fabio Gama came to tell me after the game that, and said, I am a stubborn midfielder so he used trick on me to get that penalty." 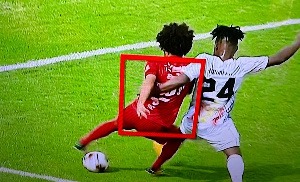 Nurudeen also added that, that ball was not a penalty, he only went for a hard block and he intentionally fell.

He said, "I never touched him. I went for a hard block and he Internationally fell. So I don't think that was a penalty."