By InventorDarko (self media writer) | 9 months ago

Ghana Boxing Authority has place a two year ban on the boxer, Richard Commey following a false accusation he made on Kpanlogo Mashi Tv against its Executives. On March 31, the boxer was summoned for hearing. Although the boxer apologized for his comments but the sanctioning body for professional boxers did not accept his apology claiming it was not coming from the bottom of his heart. 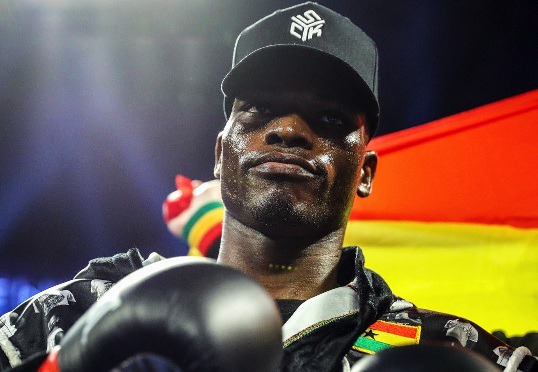 In a letter sent to the camp of Richard Commey the Authorities meted out these words.

"We refer to the proceedings of the Ghana Boxing Authority Disciplinary/Arbitration Committee Session held on Wednesday the 31st day of March, 2021 at which you appeared in response to the Summons to show cause why you should not be sanctioned for the false accusations and disparaging remarks you made about the GBA Executive in the interview you recently granted Kpanlogo Mashi TV in the United States of America.

Notwithstanding the seriousness of your misconduct the GBA took cognisance amongst others of your admission of guilt, the apology you rendered (albeit half hearted and not contrite) as well as the intervention of Nii Tackie Teiko Tsuru II the Ga Manste in mitigation of your sentence," the letter reads.

"For your sanction the GBA hereby imposes on you a total ban from all GBA organised functions and related activities for a period of Two (2) years commencing the 31st day of March, 2021.

It is hoped that the haughty and arrogant posture that you have adopted towards fellow members of the Boxing fraternity in recent times will cease in the aftermath of this decision".