How Arsenal responded to Chelsea's snatching of Mudryk

By Whatsap (self media writer) | 23 days ago

The response of Arsenal to Chelsea's hijacking of their deal for Shakhtar Donetsk forward Mykhailo Mudryk has been made public. 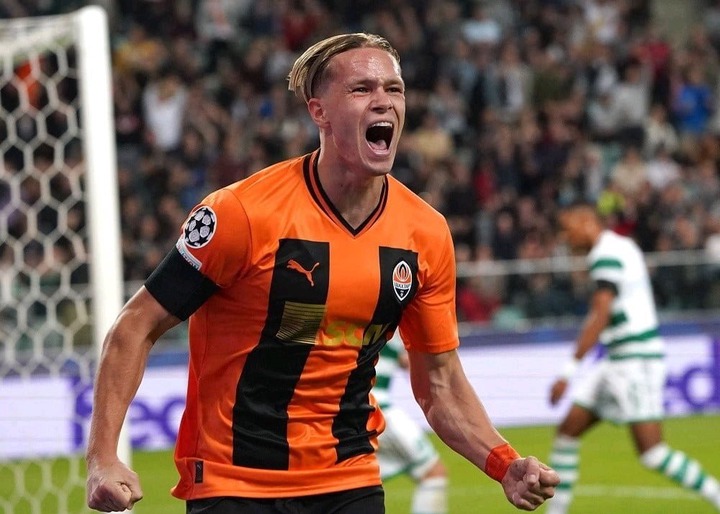 The Independent claims that the Gunners were left feeling "aggravated" after the Blues unexpectedly jumped into the deal for their top January target.

The Blues hijacked their Mudryk acquisition by making Shakhtar Donetsk an unbelievable £97 million offer.The player was close to joining the Gunners for £80 million, and Mikel Arteta reportedly expressed confidence that Mudryk would complete his transfer in time for the match against Manchester United the following weekend.

However, Chelsea quickly intervened and reached an astounding agreement to acquire the Ukrainian international from Shakhtar.

The Blues said on Saturday that a deal worth an initial £62 million plus £35 million in add-ons was "near" being finalized. The youngster has also taken a flight to London, where he will undergo a physical on Sunday after agreeing to a seven-year contract.According to The Independent, a number of Premier League clubs feel the same way as Arsenal about their London rivals.

They assert that the proprietors of Blues New are "getting engaged in everything."

If you want more of this articles, then visit here.

Saudi Arabia: Messi has made his decision for Ronaldo