By Evaghtvsports (self media writer) | 4 months ago 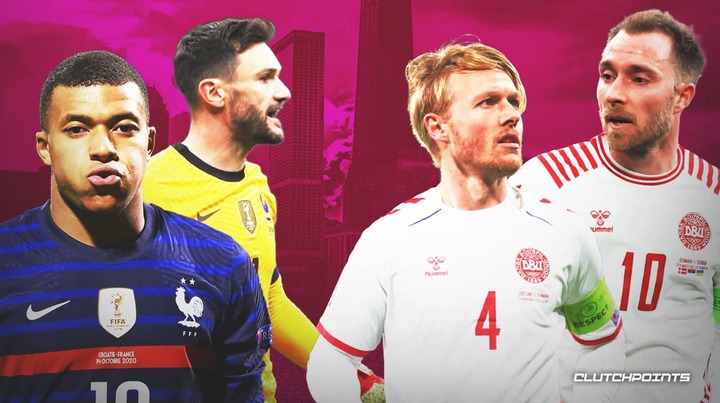 Despite leading Group A1 of the UEFA Nations League (UNL) ahead of their midweek game against Croatia, Denmark are no longer in control of their own destiny, as a 2-1 loss in Zagreb leaves the Danes one point behind the Croatians with just one game remaining. Aiming to progress to the playoffs for the first time, Euro 2020 semi-finalists Denmark will secure top spot with a win against defending world champions France should Croatia fail to beat Austria.

A return to Copenhagen should garner some confidence in the Rød-Hvide camp, given Denmark have lost just one home game in over a year (W6), although they have not beaten a nation currently ranked higher than them by FIFA at home in over ten years (D3, L4 since). However, a 2-1 win in the reverse H2H back in June should prove that a positive result is possible, and fuel belief that a finals appearance is not yet out of the question.

Visiting France may no longer have a chance to defend their title in this UNL edition, but did at least avoid the humiliation of being relegated to League B prior to this round by claiming their first win of the campaign against Austria (2-0). France’s League A nation status is yet not guaranteed however, as if Austria beat Croatia and Les Bleus fail to match that with a victory of their own, they will be relegated.

Jules Koundé and Mike Maignan both picked up injuries against Austria, making the duo the latest in a long line of 14 absentees from Didier Deschamps’ squad, which could prove to be a determining factor here. An away game presents a real opportunity for France though, given they haven’t tasted defeat across their last 12 away games (W9, D3), while shutting out the opposition on eight occasions proves a clean sheet may be France’s best route to securing a survival-sealing victory.

Players to watch: Joakim Mæhle assisted Christian Eriksen’s sublime long-range goal against Croatia, and has found the net in four of Denmark’s previous seven home outings. In view of the injuries, France may rely on Olivier Giroud, who has netted in his previous four appearances for club and country and scored a brace in the previous H2H held here.

Hot streak: Denmark have not registered a draw in the UNL in over two years (W6, L3).

Content created and supplied by: Evaghtvsports (via Opera News )