Kylian Mbappe is getting closer to completing his Real Madrid transfer.

By Shantievans16 (self media writer) | 6 months ago 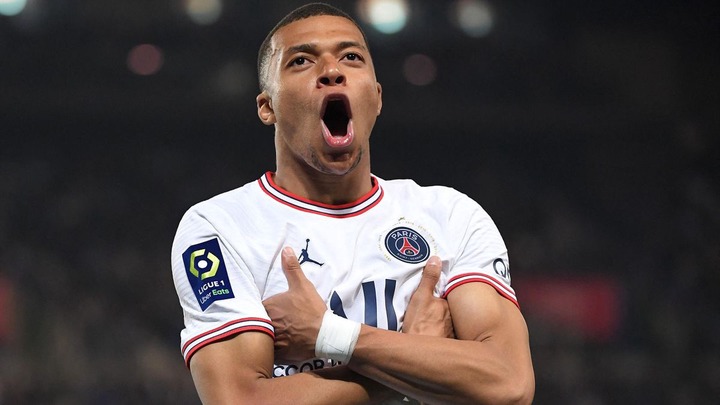 With his contract expiring in June, the 23-year-old is poised to leave Paris Saint-Germain on a free transfer this summer.

PSG is not giving up on persuading their star forward to stay at Parc des Princes.

Mbappe's next destination appears to be the Bernabeu, according to reports from The Athletic and Marca that he has agreed on personal terms with Real.

According to trusted transfer guru Fabrizio Romano, honesty is more than convinced' they have found their man.

However, it is understood that no contract has yet been signed, offering PSG a ray of hope.

"I can't talk about my future," Mbappe remarked over the weekend, "but you'll know very soon... it's almost resolved."

This isn't the appropriate time, but yes, yes... I'm almost there."

Los Blancos had been interested in signing the World Cup winner for some time and attempted to do so last summer, but PSG turned down their high-dollar offers.

However, he will now join the LaLiga giants for free. Real Madrid is reportedly expected to sign Chelsea defender Antonio Rudiger on a free transfer, while Manchester United midfielder Paul Pogba has also been linked with a move this summer.

Mbappe is recognized as one of the world's best forwards. In 141 games for PSG, he has 116 goals.

He joined PSG in a £165 million trade from Monaco, where he helped them win the Ligue 1 title. Mbappe has won five French league championships.

The footballer has had tremendous success on the international scene, winning the World Cup and the Nations League with his native France in 2018 and 2021, respectively.

He's also won a slew of individual awards, including three times being named Ligue 1 Player of the Year, three appearances in the Champions League Squad of the Season, and was named the best young player at the 2018 World Cup.

His potential new club has had a fantastic season, winning their 35th LaLiga title.

They also have a chance to win the Champions League for the 14th time when they meet Liverpool in the final on May 28.