Always Remember that the happiest people are not those getting more, but those giving more.

The best way to find yourself is to lose yourself in the service of others, because as you grow older, you will discover that you have two hands — one for helping yourself, the other for helping others.

Sadio Mané " I will always give back to my country because I had nothing while growing up, my successes are not for me, they are for my country". 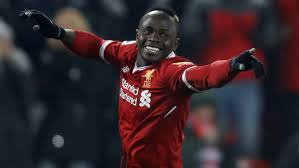 Sadio Mané (born 10 April 1992) is a Senegalese professional footballer who plays as a winger for Premier League club Liverpool and the Senegal national team. Regarded as one of the best players in the world, Mané finished fourth for the 2019 Ballon d'Or, and in the award for the Best FIFA Men's Player he ranked fifth in 2019 and fourth in 2020.

Mané began his professional career with Ligue 2 club Metz at age 19, but he departed after a solitary season to join Austrian club Red Bull Salzburg in 2012 for a fee of €4 million, winning a league and cup domestic double in the 2013–14 season. Later that summer, Mané transferred to English club Southampton for a club record fee of £11.8 million. There, he set a new Premier League record for the fastest hat-trick, scored in 176 seconds in a 6–1 win over Aston Villa in 2015.

He signed for fellow Premier League side Liverpool in 2016, for a reported fee of £34 million. With Liverpool, Mané helped them reach back-to-back UEFA Champions League Finals in 2018 and 2019, winning the latter. He also finished as the league's joint-top goalscorer in the 2018–19 season, winning the Premier League Golden Boot. Mané then helped end Liverpool's 30 year league title drought by winning the 2019–20 Premier League. At international level, Mané has registered 21 goals in 71 appearances for Senegal since his debut in 2012, and currently ranks as his nation's third all-time top goalscorer, and joint sixth all-time for appearances. He represented Senegal at the 2012 Olympics, as well as the 2015 and 2017 editions of the Africa Cup of Nations. In the 2019 iteration, Mané helped Senegal to a runners-up finish, and a year later, was named African Footballer of the Year.

Mané also represented his nation at the 2018 FIFA World Cup, in their second ever appearance in the competition.

Mané pursued in his football career despite his father forbidding him from playing the sport as a child. He currently resides in Allerton and has been burgled twice, once in November 2017 and again in February 2019. He is a practising Muslim and occasionally is seen making du'a before the start of each match.

Mané was cited as one of the Top 100 most influential Africans by New African magazine in 2020. And described as a complete player who plays with 'high levels of intensity and concentration' by Liverpool teammate Fabinho. Former Liverpool defender Jamie Carragher called Mané a "world-class winger", comparing him to the likes of former Liverpool player John Barnes.

He was compared to Cristiano Ronaldo by former Ajax defender Danny Blind, who praised him for his ability to score with either foot and headers, along with making "astonishing" sprints. A versatile forward, Mané is a prolific goalscorer, whose main traits are his finishing, speed, technique, and trickery in possession, as well as his decision-making, tactical awareness, creativity, agility, balance, control, touch on the ball, and dribbling skills. He has drawn praise in the media for his intelligent play, passing, and his ability to get into good positions, from which he can score goals or create chances for teammates, Known for his quiet and timid personality, his ability to cope with pressure has also been highlighted as one of his main strengths. Beyond his offensive, technical, and creative qualities, his high defensive work-rate has also been noted by pundits, as well as his ability in the air, despite his modest stature of 1.75m (5' 9").

Mané usually plays as a winger on the left flank, a position which allows him to cut into the centre and shoot on goal with his stronger, right foot.

From his kind words and unselfish heart, He is willing to give his best and back what he have.

The unselfish effort to bring cheer to others will be the beginning of a happier life for ourselves.

How wonderful it is that nobody need to wait a single moment before starting to improve the world.