Ghanaian giants Asante Kotoko will host rivals Accra Hearts of Oak in their first game of the 2022/23 betPawa Premier League on Sunday.

This Matchday Three fixture will be played at the Baba Yara Stadium in Kumasi, and, it's the top-liner this weekend.

Asante Kotoko will be playing their first game of the campaign after sitting out the opening two matches due to their campaign in Africa.

Hearts of Oak, go into their third game of the campaign on the back of a loss and a drawn game in the two matches they have played so far.

They will be seeking their first win of the campaign as they aim to wrestle back the league title they lost to Asante Kotoko last season. 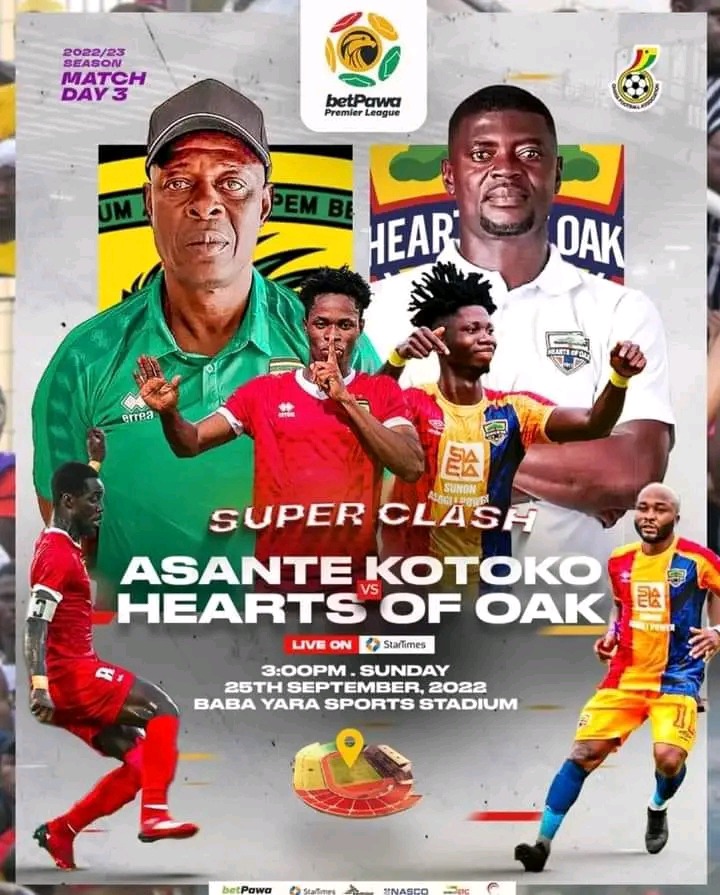 Asante Kotoko, were eliminated from the African Champions League competition last Sunday, and will now turn their attention to the defence of the league title they won last season as well as the FA Cup competition later.

Kotoko will look to bounce back from last Sunday's defeat to the champions of Burkina Faso Rail Club du Kadiogo as they existed the Champions League competition.

Last season, the Porcupines had the better of the exchanges between the two sides as they drew goalless with Hearts of Oak in Accra, before winning the return encounter 1-0 in Kumasi on their way to winning the title. 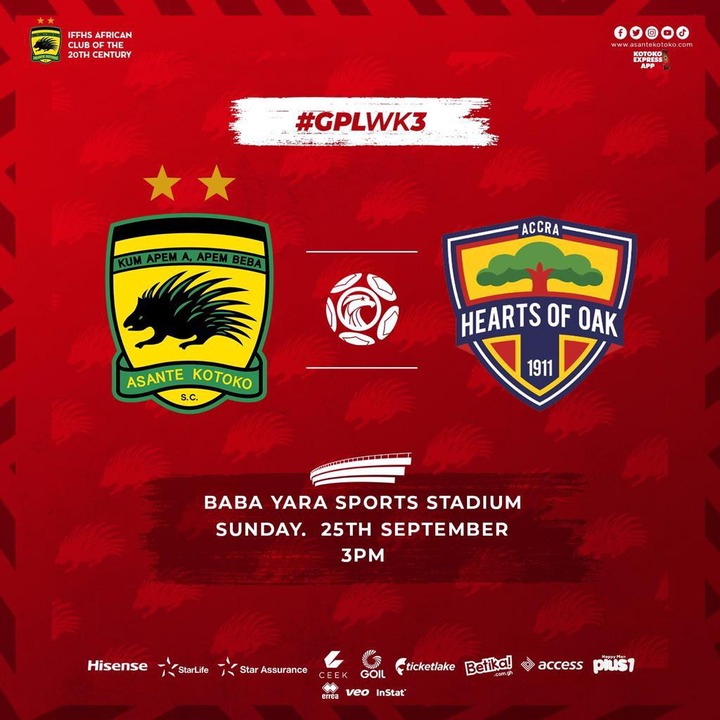 The Garden City club will look for a similar outcome in this afternoon's contest to win back the support of their fans and most importantly, cushion them up for the rest of the campaign.

Hearts of Oak will be seeking their first win of the season at the home of their bitterest rivals, a venue they have chalked some remarkable successes in the past.

The stakes are really high for both sides as they go into this battle, and, it will be interesting to see how they cancel each other out on what should be a beautiful day for football.