By FreshGist.gh (self media writer) | 16 days ago

The best coach in Ghana now has been in a bad situation making it worse for him to settle.

The performance of the team have not been bad but as a league winning team that won a treble deserves better. The first three matches have all been a drawn game.

The supporters of the club are a result oriented fans and don’t want to lose anything to the club.

It is the right time for the team to deliver from their best performance so far. Winning should have been a mentality for the team making them eligible to defend their title.

From their coach Samuel Boadu, it has all been a bad condition to start the season with such poor performance.

In the first game the team played against Legon Cities, in the post match interview he said “ the team will start their season by winning matches by Matchday 4, to redeem their season”.

The supporters are all aggrieved and are asking for the sack of the coach in normal sense, they are hot waters because they can not catch up with their arch rivals anymore if they lose any match again.

The board and the management of the club, decided to sat down the coach and talk to him concerning how he can make things work.

They are strongly behind the coach but such actions should sound as a warning to coach and his technical bench to come back better.

From the coming weekend, we deserve to see the big club bounce back to winning ways and ensure a smooth concentration in the team.

The selection of the coach and his choice of changes have not better up their performance as substitute. It came as a shock to place the team in a better position in Africa.

This season should should be one of the best and nothing should stop them from competing at the top level.

The nearly relegated team that was fighting to stay in the league, have even won all their matches. Which Hearts of Oak are even struggling to win a match.

Now Kingfaisal is on top of the league table and Hearts of Oak is behind them on the table. 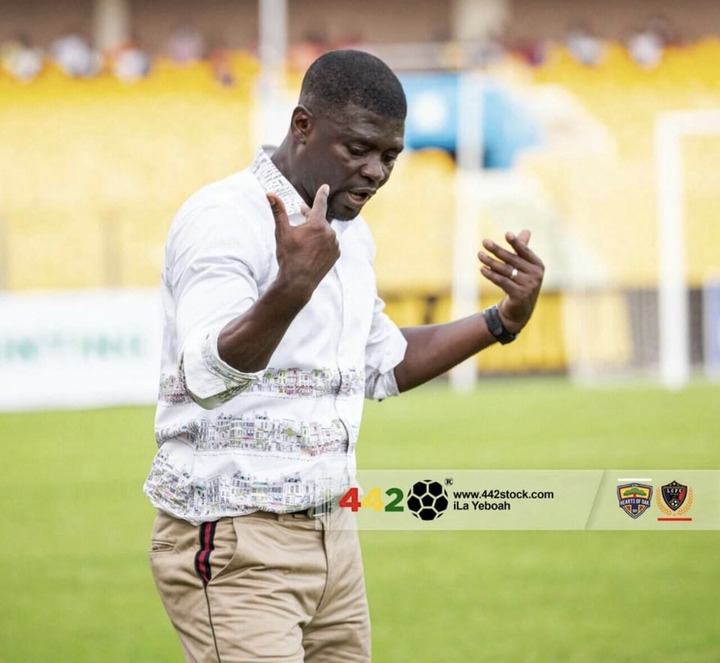 But in last season, the team didn’t start well but picked up from the second round and made their performance better.