By Powerbetsghana (self media writer) | 11 months ago

Manchester United have not had the greatest start to the season with many pundits questioning Ole Gunnar Solksjaer’s tactics as the cause of the bad start.

United though seem to have turned the corner after their exit in the UEFA Champions League. They have now gone 5 matches unbeaten with 4 wins and recently a draw against Manchester City. These places Ole and the Red Devils in 9th position after 11 matches played. 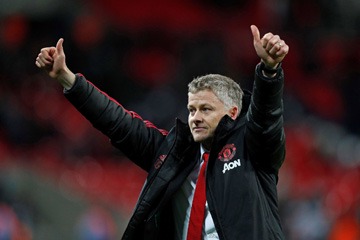 United legends Paul Scholes and Rio Ferdinand have been the biggest critics of Ole’s charge at United and have recently questioned his formation in the last few games. The United manager has now explained his position and why he rotates between the formations.

"What was the change in formation then, you tell me?" Solskjaer asked reporters, as per the Mirror. "It was a 4-2-3-1 and coming into that pocket is probably Paul [Pogba]'s favourite position. Paul did well and the team's shape was as it normally is.

"Twice we played three at the back – we beat PSG and lost to Leipzig – we played a full game with a diamond and two half games with a diamond. Four out of 22 games are not bad for consistency of a normal shape.

"That's what we work on every day. Some details will change within the same system. If you have Dan James on the left wing instead of Paul Pogba, or Marcus Rashford on the right instead of Juan Mata, it is a different scenario.

"Sometimes you look at the opposition and where we need players with different qualities. I think they're coping well with it."

United next face Leeds United while they have 2 matches in hand when compared to all the teams above them.

Bet on Manchester United and your favourite players with Powerbets and get boosted odds: https://j.mp/2WrDNPe