PSG ready to dominate Europe next season. Check out their line up with Neymar, Hakimi, Mbappe, Ramos

The summer transfer window has been opened for a while now and transfer negotiations between clubs and players is actively in session. Most top European clubs have stalled their transfer pursuits because of the ongoing European tournaments, however others have already sanction deals for marquee players as they fervently prepare for next season. French giants, Paris Saint-Germain has been one of the busiest clubs this transfer window and have already enlisted three household names in their team in a bid to bounce back stronger next season. 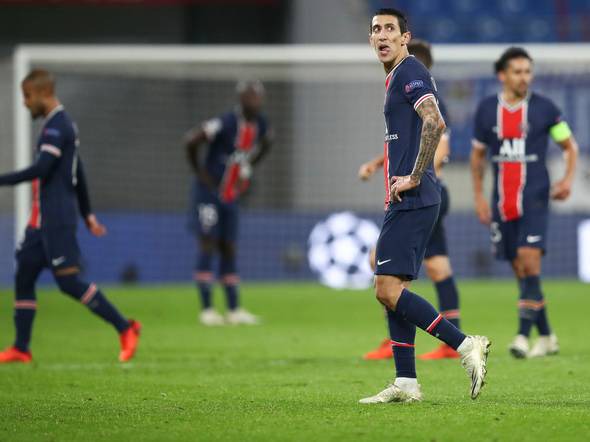 Paris Saint-Germain narrowly relinquished the Ligue 1 tittle to Lille last season, and were knocked out of the champions league by Manchester City in the Semi-finals, leaving them with a single trophy after the season ended. The club's president, Nasser Al-Khelaif and the club board were displeased with the team's dismal performance and desperate to give the team a facelift to put them on track to challenge for major tittles again. Dutch midfielder, Georginio Wijnaldum was the first to get enlisted as a free agent, after the club hijacked his move to Barcelona few weeks ago. The Dutchman's arrival was followed the signing of ace Spanish defender, Sergio Ramos and Italian goalkeeper, Gianlungi Donnarumma all joining on free transfer. The latest marquee addition is Achraf Hakimi, who was signed for €70m from Inter Milan. 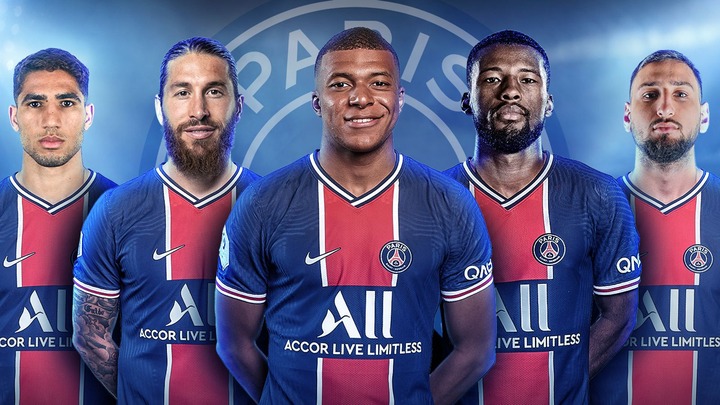 With few other big transfers in the pipeline, the signing of these quartet has already handed Paris Saint-Germain a massive boost prior to next season and could be parading one of the formidable teams in Europe. Take a look at the strong squad PSG coud parade next season. 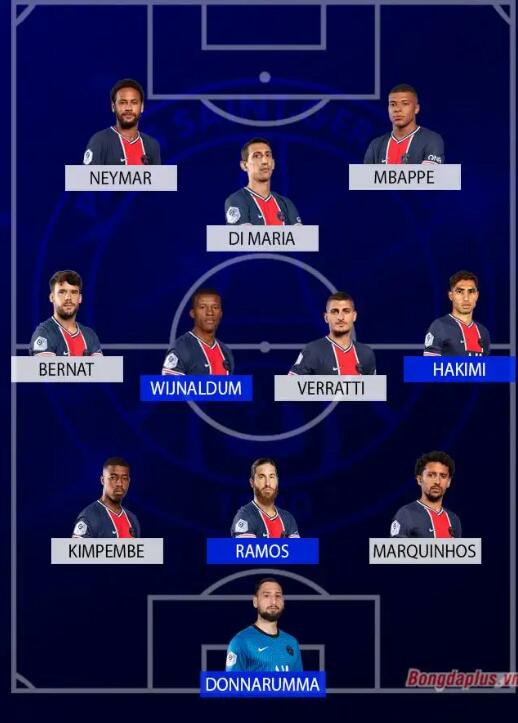 Sergio Ramos partnership with Marquinhos and Kimpembe would undoubtedly bring forth a solid composure at the back line, considering the vast experience he has acquired over the years. Hakimi playing on the wingback role is known for using his speed to track back to assist the defense, moreover he contributes effectively to the attack as well, capable of assisting and scoring goals. Comparing Hakimi to Alessandro Florenzi, who played the right wingback role last season, Hakimi looks much pacy and robust which is a big improvement for Pochettino's team.

Anyone who used to watch Wijnaldum during his time at Liverpool would also attest to his robustness in the midfield and his capability of playing in advanced roles to support the attack. Paris Saint-Germain darling boys, Kylian Mbappe and Neymar Jnr could probably be having their best season in PSG shirts ahead of them, in light of these marquee additions who could render PSG dominant in Europe next season. 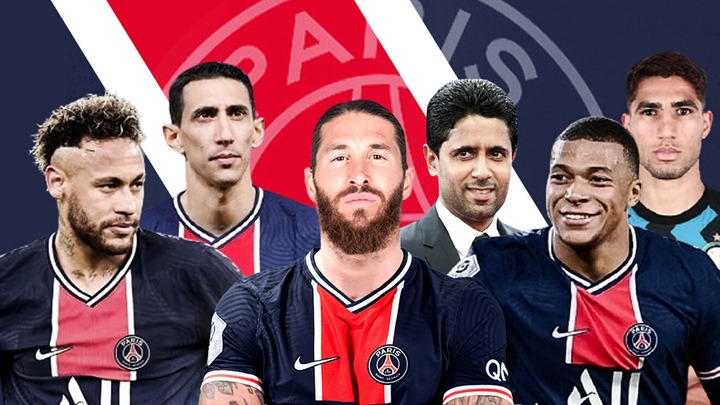 The club remains keen to make few more additions and have already made contact with Manchester United midfielder, Paul Pogba as they weigh another move