By atspo.cpm (self media writer) | 5 months ago

This two teams have by far played three matches in football calendar season, their first game was a friendly and they played their premier league encounter last Sunday evening at Cape Coast Sports Stadium. Their last match came off just yesterday in the MTN FA Cup round of Round of 64 and eventually the defending champions of the competition proved their supremacy in the competition. 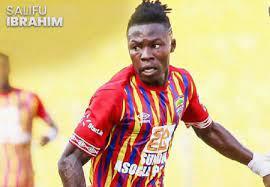 Ironically, the geographical changes of their meetings is as a result of a ban on Accra Sports Stadium, the last two games they have played should have go like a bomb at Ohene Gyan Sports Stadium but National Sports Authority(NSA) has issued a ban on the pitch. In their first game, it was played at Ohene Gyan Sports Stadium when Accra Lions had gained promotion from Division One and at the same time Hearts of Oak were preparing for their continental assignment against Kamsar of Guinea. Accra Lions defeated their senior city rivals, Accra Hearts of Oak.

At Cape Coast last Sunday evening, the Phobians won the game through in form striker Kofi Kodzi and SWAG best home - base player of the year 2021, Daniel Afriyie Barnie. Both players scored at second half to secure a win for the rainbow boys and interestingly Ibrahim Salifu got a goal in the first half to repeat the dominance against Accra Lions. 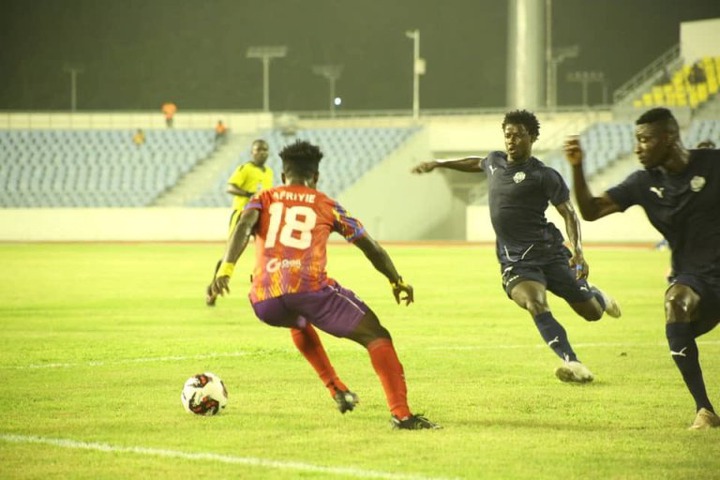 The hero for Hearts of Oak, Salifu Di Maria did not play in the game at Cape Coast last Sunday evening but was featured in the game yesterday at Dansoman. Hearts are through to the round of 32 stage of the competition which is a motivating tool to defend the ultimate title as immediate past champions. The only goal of the encounter was scored by Ibrahim Salifu in the 22nd minute. Salifu converted nicely from close range after receiving a beautiful through pass from Isaac Mensah

Content created and supplied by: atspo.cpm (via Opera News )

Ghana May Lose This Player To Austria.

These are some of the teams that would be playing in the Ghana premier League next season.

Good News As Tariq Is Finally Decisive On Playing For Ghana