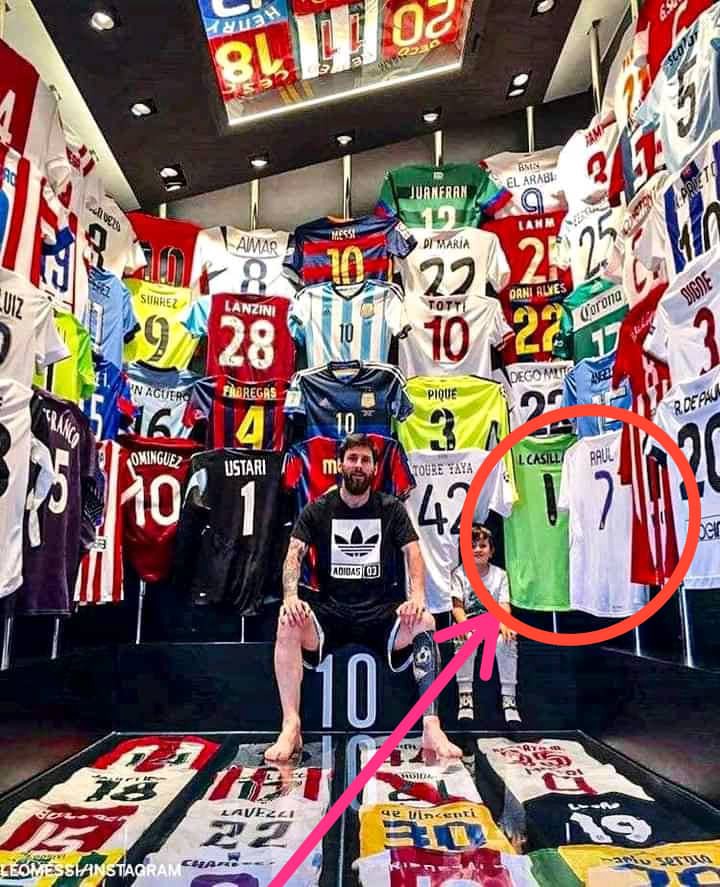 One common culture about football players and football as a sporting activity is jersey swap. We often see several players swap their jerseys after a football match. And the jersey swap of the two current best footballers, Cristiano Ronaldo and Leo Messi is what we often look up to.

Barcelona and Argentina star, Lionel Andres Messi from a jersey collection in one of his rooms has in it several jerseys swapped from other players after football matches.

The Barcelona star has as part of his jersey collection, jerseys of his teammates Fabregas, Suarez, Pique and others. 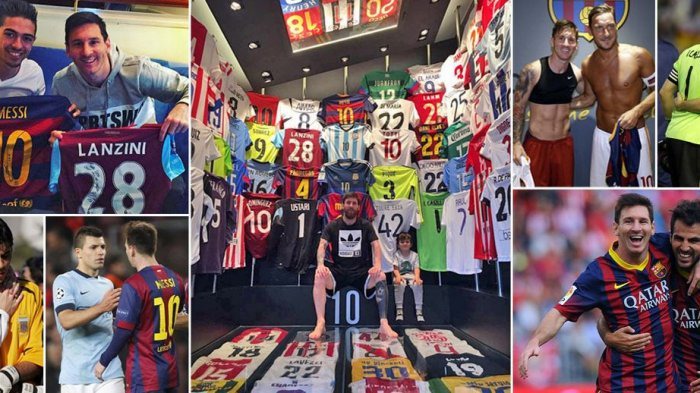 At the upper part of his room, he has the jerseys of popular retired players like Henry and Deco.

Leo Messi likewise has his jersey in his room with number 10 for both Argentina and Barcelona.

One jersey that was spotted in his room and got people talking a lot on social media is Real Madrid number 7 jersey which was owned by Raul González- The current manager for Real Madrid Castilla. He passed the number seven jersey to Cristiano Ronaldo after he left the club.

But one question football lovers keep on asking is: Why was Ronaldo's shirt missing from Messi's shirt collection?

Why do you think Ronaldo's shirt was missing from Messi's collection?

Supercomputer Predicts Champions League Winner: The result will amaze you.

Top 10 Football Coaches Of The 21st Century: See who is the first.

Photos: The tallest building in the world that enters the clouds.

Police Gun Down Suspect In Takoradi Robbery Case, One More Arrested, Others On The Loose