By CornerGist (self media writer) | 5 months ago 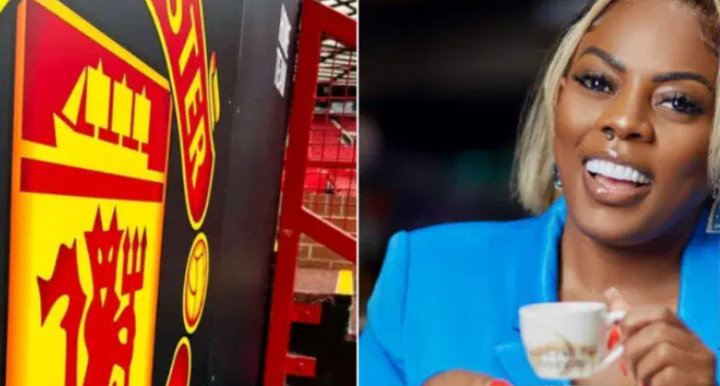 Manchester United's official Twitter account has responded to Ghanaian media guru Nana Aba Anamoah, who described the huge English club as the passion of her life.

Nana Aba is a fervent supporter of Manchester United, and she takes every opportunity to remind followers of rival teams, particularly historic rivals like Arsenal, Liverpool, Manchester City, and Chelsea, of this.

The 2022–2023 English Premier League season began on August 6 with entertaining matchups and intriguing results at the conclusion of the day.

Manchester United has struggled since Sir Alex Ferguson departed the club in May 2013, and the team suffered another dismal season last season. 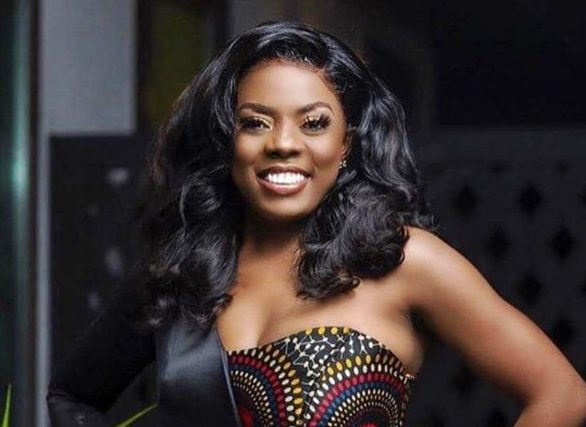 Today, at exactly 13:00, they will begin their mission to end their domestic drought by hosting Brighton and Hove Albion.

Against this backdrop, Nana Aba Anamoah pumped adrenaline into the air prior to the match by declaring that Manchester United was the love of her life.

In response, the club extended their best wishes to her and all of their Ghanaian fans.

Nana Aba's love affair with the club soured when she was prosecuted in 2015 for allegedly stealing images of Manchester United players taken by club fans and passing them off as her own. 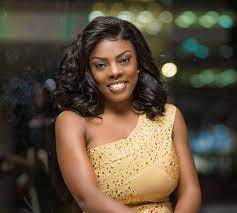 While her tweets appeared to prove that she was in England (her location was on) at the time of the tweets, the legitimacy of those photos became a source of contention as some Twitter users, including the alleged true owners of the photos, claimed that she was lying about being there.

The people thought to be the true proprietors of the photos had already posted the photos they shot on social media, which Nana Aba sourced from, and modified them in a way that proved she was physically present.

She also appears to have uploaded a photo of their ticket as hers. We were all aware of what transpired next, which included her dismissal from TV3, where she was the mainstream news anchor at the time. 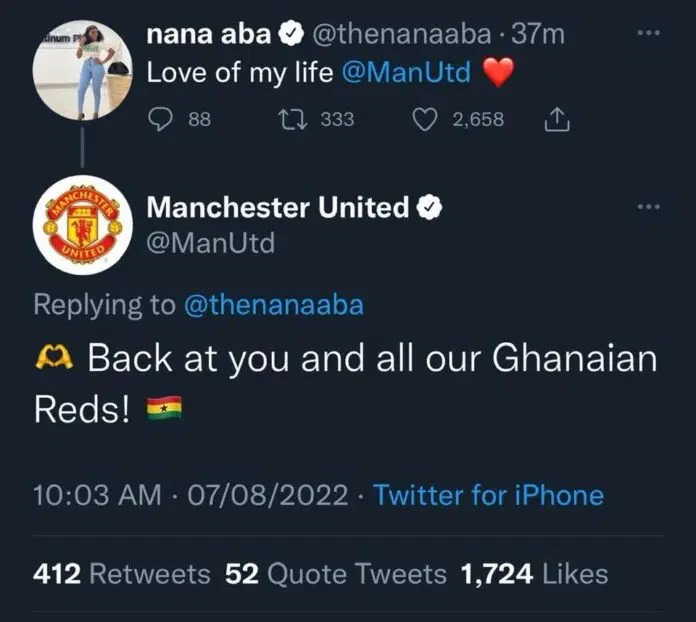 Content created and supplied by: CornerGist (via Opera News )