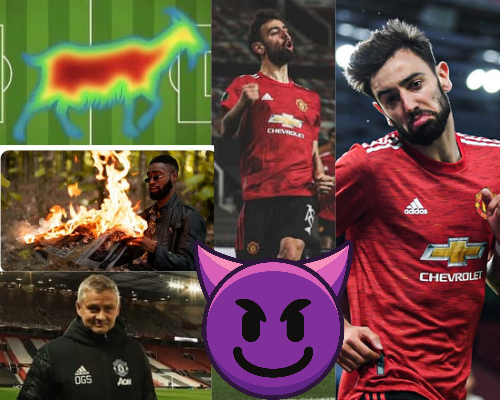 Manchester United has faced its fair share of ups and downs. Their fans have faced even worse as any poor performance by the team is used as a basis to mock them. However, for the past couple of games, the team seems to be giving their fans a good amount of bragging rights.

Yesterday, Manchester United went against Roma in the Europa League (Semi-final: Leg 1 of 2). The scoreline gave both fans and critics something to talk about. Fans celebrated the 6 - 2 win with the following memes and reactions. 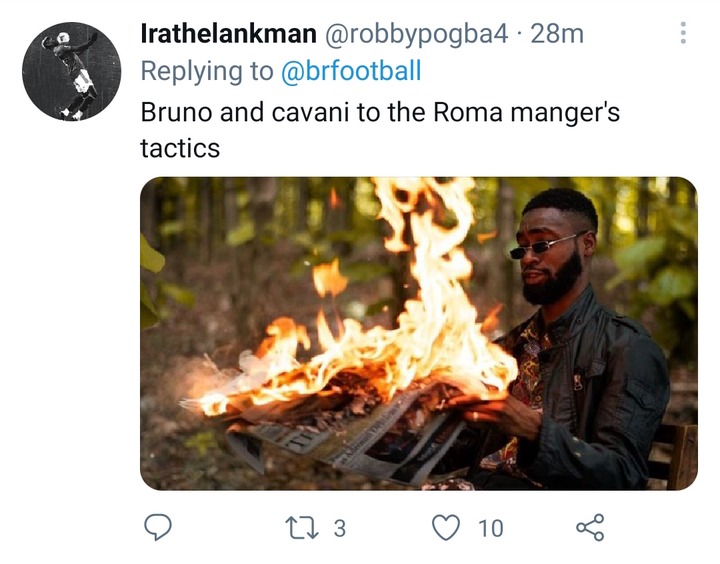 The above meme implies that Bruno and Cavani's contribution to Man United's win laid waste to Roma Manager's tactics and strategy. 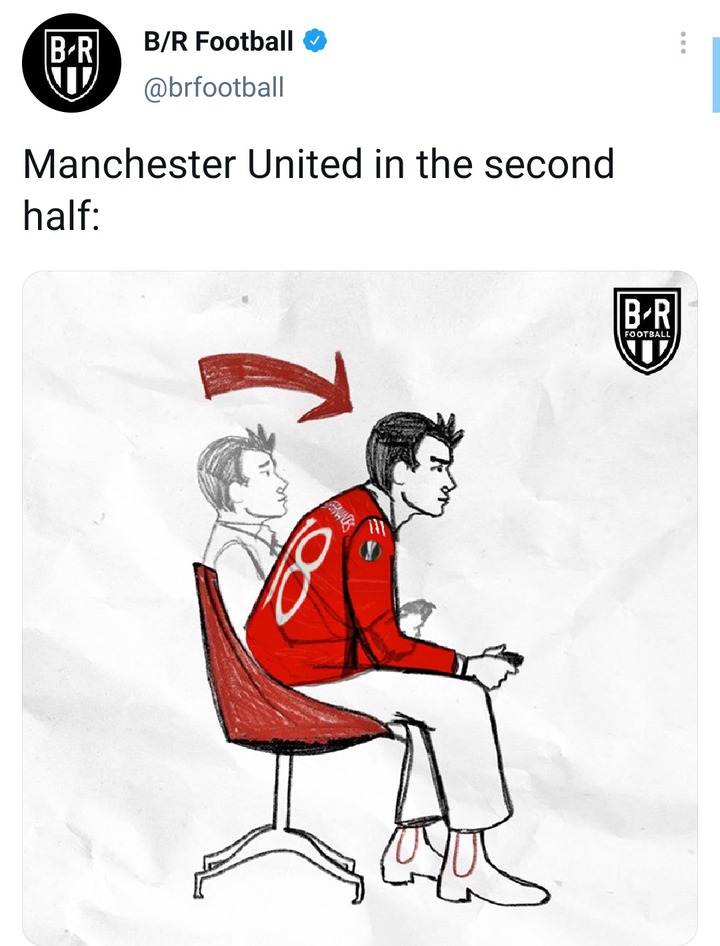 The above meme implies that the relaxed Manchester United in the first half was gone in the second half. 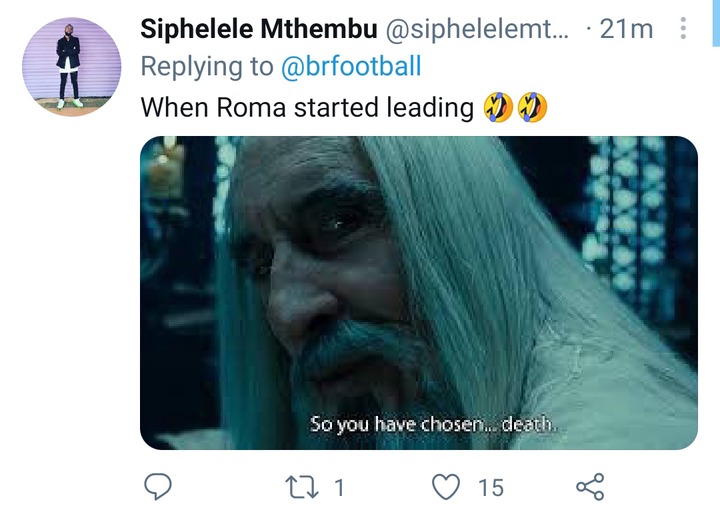 When Roma started leading, they thought they had bagged a win. Unbeknownst to them, they had chosen "death" 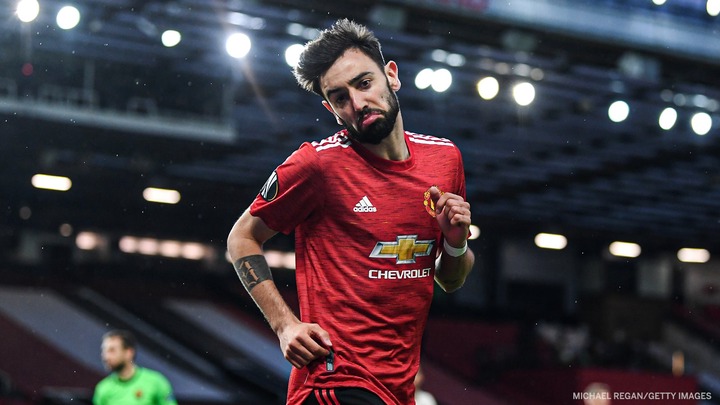 Other football fans reacted by stating that Ole Solskjaer had finally broken the semi-final curse as Manchester United is marching on to the Europa League Final. 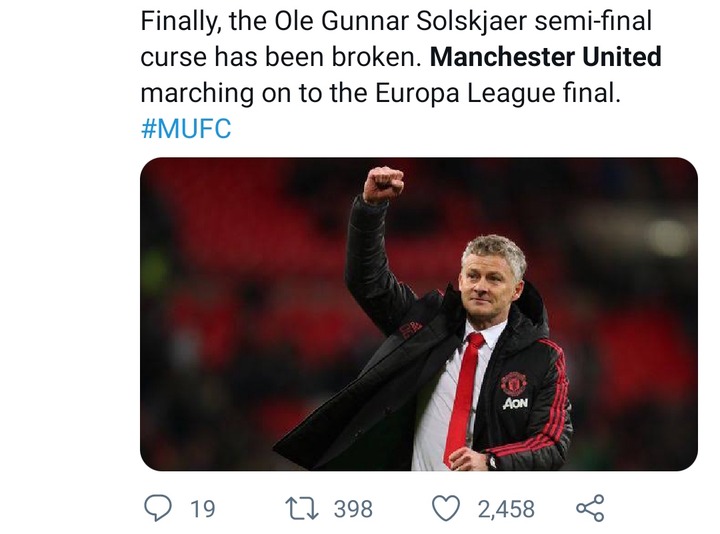 Another user reacted by showing an illustration of how Bruno Fernandes performed in the form of a heat map in a form of a goat. Implying that Bruno Fernandes was the Man of the Match and his performance was top-tier. 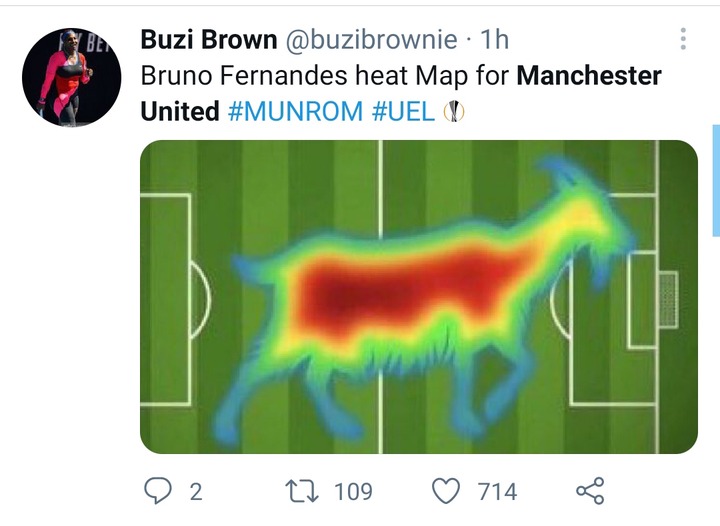 Another fan reacted stating that Rome wasn't built in a day, but Manchester United destroyed it within 90 minutes. 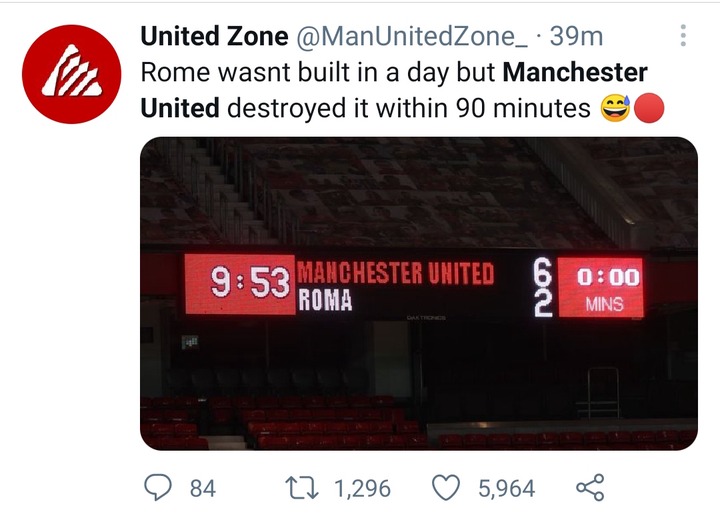